We hung on six lines in Puerto Stanley until the 20th while we made a couple more trips into the Bahia Parry glaciers. Slowly the fjord was icing up, and it was getting harder and harder to access the glaciers. It turns out that I was not able to go back down to look at the possible jökulhlaup debris due to the icing, so I spent most of the time on Ocean Tramp. 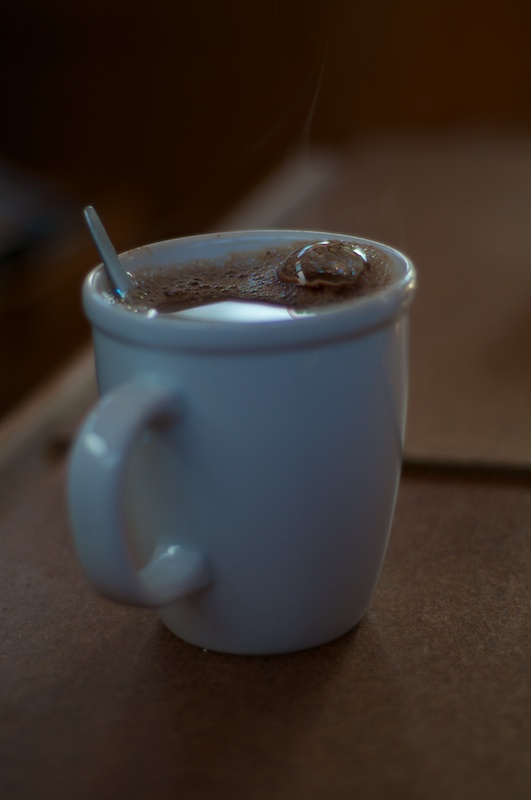 World’s largest and longest lasting hot chocolate bubble, or practice with the nifty 50...

I flew the flag.

And we got underway

As we were getting iced out of Bahia Parry we started to get worried that we might end up iced out of the fjords on the South side, and because Charlie has enough data on the other fjords on the North side we started heading all the way around the Brecknock Penninsula again.

As we left Puerto Stanley I got another shot of the New Zealand glacier slowly working it’s way down the other arm of the fjord than I got to visit.

A little hard to see in this shot, but as an example of much of the time we have motored around, we are about 100 meters off the cliff face and here it’s 167 meters deep below us.

We pulled into Bahia Ainsworth for the evening and found an area where we could anchor, making the concept of getting underway early easier to consider. Even still it was dusk as we poked our way into Puerto King under radar(s). 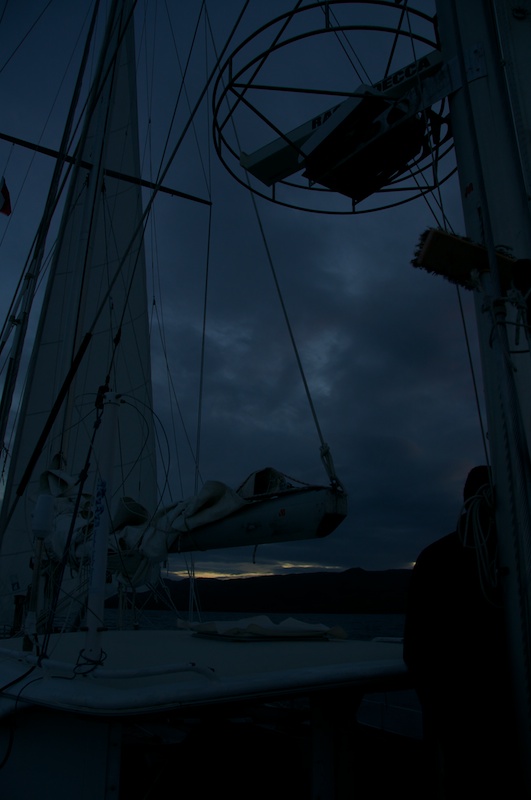 Just a little light remaining, and Puerto King is still a mile or so away.

Back around the Brecknock Peninsula

This time around the Brecknock was even calmer than our previous time around. Calm enough that I actually sat and read scientific papers most of the way, because I didn’t even have to hop up every other second to catch stuff. We left Puerto King early in the morning as we were just on the hook there too, and we experienced what might be the most rainbow filled rounding of the Brecknock Peninsula ever.

Sunrise looking back toward Mount Sarimento.

The Pacific and a rainbow ahead. 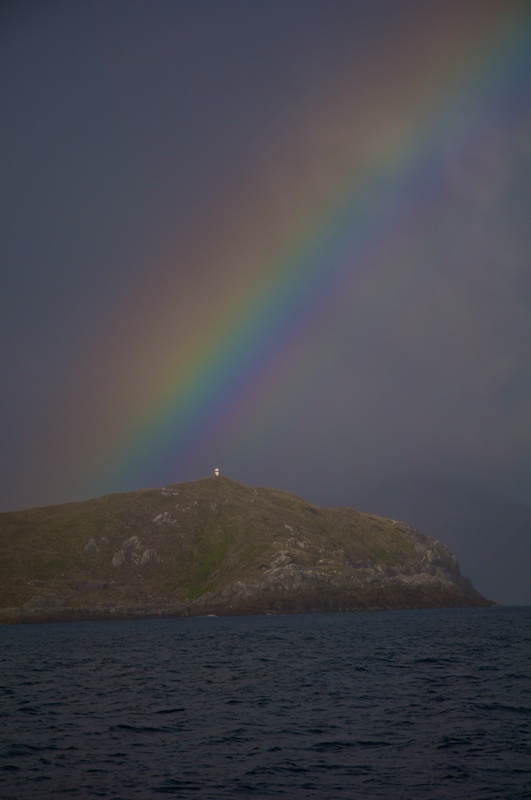 Apparently they already built a tower at the end of the rainbow.

We took Canal Ocasión so that we didn’t head that far out despite how small the seas were. We turned into Caleta Brecknock for a couple nights to weather some strong winds coming in ,and so that Charlie could move a weather station so that he could reach it easier.

Another rainbow as we went past Isla Redonda in Canal Ocasion. 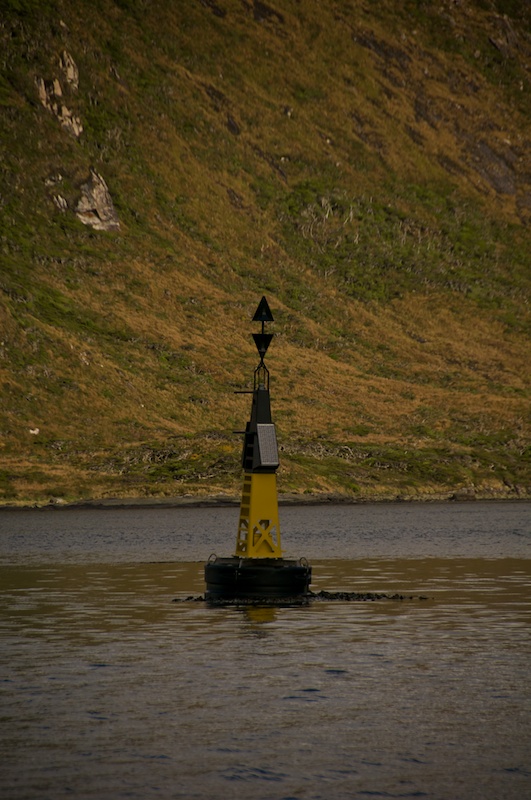 Canal Ocasion has one of the few buoys that I have seen on this trip. 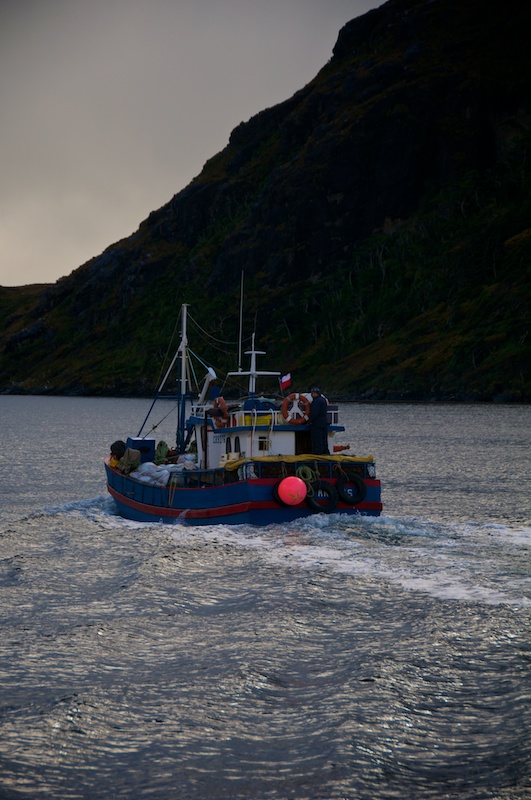 And one of the few other boats out on the water. The fjords were strangely quiet traffic wise compared to what I expected. 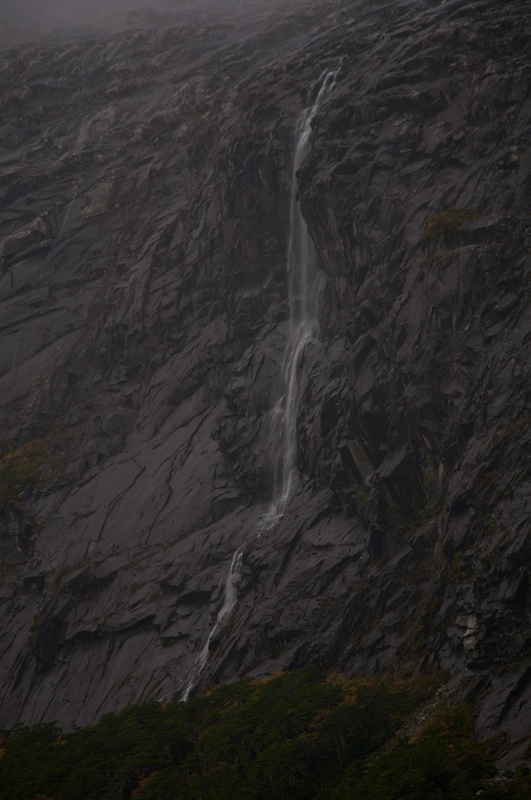 Caleta Brecknock has quite a few waterfalls that show up when it rains heavily.

Like the classic Antarctic shot of the boat through an iceberg, the lake above the boat might just be the classic Patagonia shot.

Note: I'm testing out some new things on my site to hopefully make it faster and easier to update.
I'm using my Flickr account to serve landscape images and panoramas (as I have unlimited storage space there) but due to some problems with how Flickr remotely serves images portrait images are still hosted here. That means if you click on a landscape image you will be taken to Flickr where you can view it larger but if you click on a portrait image you will stay on my site.
The other thing I'm testing is CloudFlare free CDN.
Please let me know if anything isn't working.
Notes for geeks: The problem with Flickr is that it seems to only serve up medium and smaller sizes via oEmbed. As usual for deciding on photo sizes they scale an image to fit in a box. While the width of that box is just about right for my layout with landscape imagery, once you scale it enough to fit the height of a portrait image in the box the width becomes too small for the layout.
CloudFlare works in place of your normal set of nameservers. when a request comes in from North la-la land or where-ever it first goes to CloudFlare's nearest datacenter. That datacenter then will request the page from my site from the nearest datacenter to my site and uses a high speed link between their datacenters. Along the way the datacenters figure out which images and other static elements they can serve up and request the rest. It also takes care of some 'unwanted business' that tends to show up and make keeping a website up difficult.