How often do you get paid for a two week roadtrip kayaking? Well I used to get paid to kayak a bit, but it has been a few years. This year the scheduling worked out that I got to lead North East Rivers. 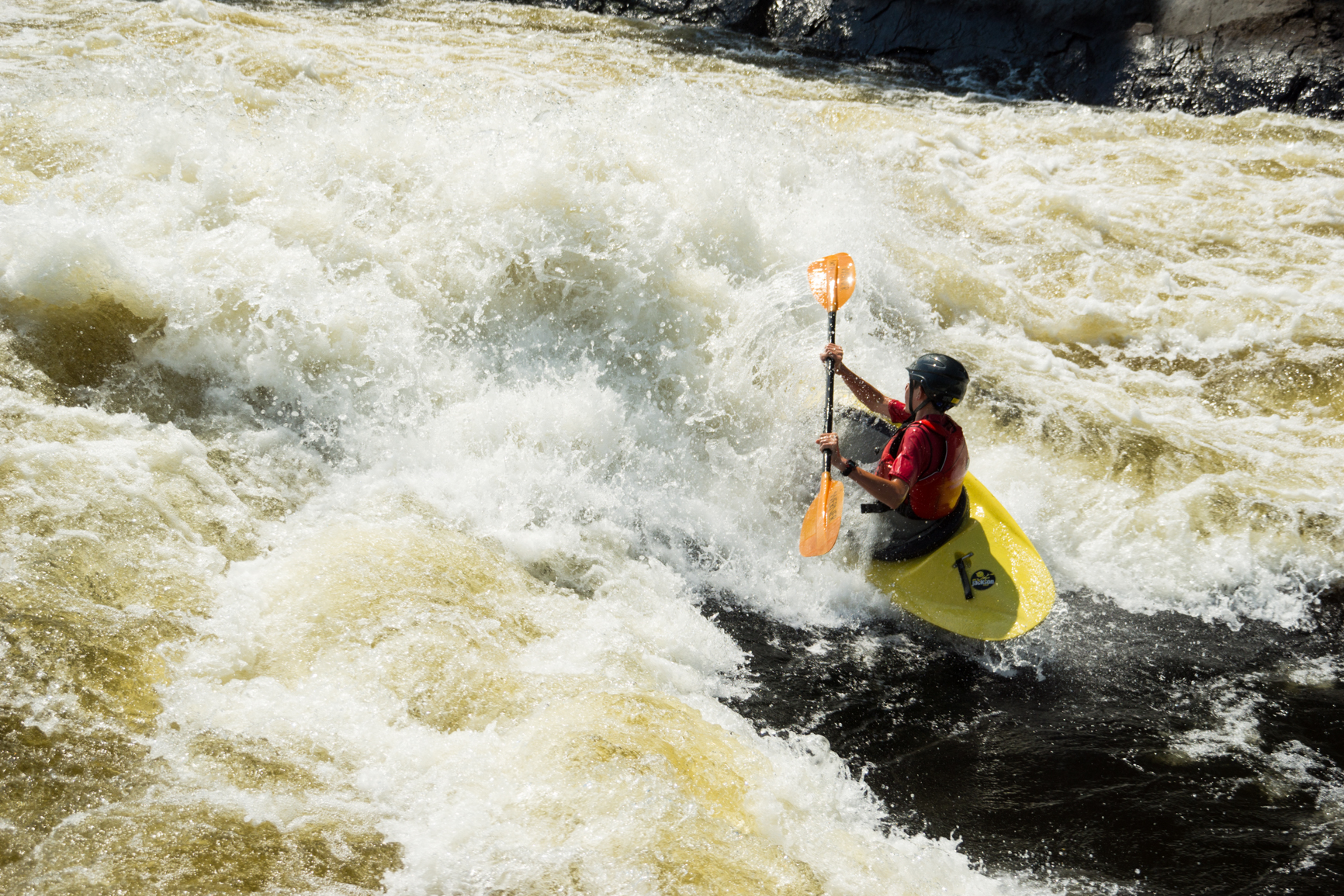 Actually I got to lead twice this summer, but Mike had to break his foot for that to happen, so that wasn't great, but it was still nice to get out.

North East Rivers is currently the highest level whitewater trip that Chewonki has. Some of the guys had started paddling on the waterfront as boys campers, hearing stories from their counselors of their NER glory days, so they look forward to a lot in the trip.

This year was also an oddity. NER most often was run as a five week course, but with family commitments and participant interest, this year it was run as a three week trip. We still tried to pack in as many of the traditional NER bullet points in during the three weeks.

The trip starts up on the West Branch of the Penobscot, where the participants get a chance to get reaquainted with whitewater kayaking, or for some of them their first chance to whitewater kayak at all. With Mike out, another buddy Brad stepped in to help Ian with the first week. The guys got to explore the West Branch and the Seboomook sections, before I met them for the lower Kennebec at the end of the week.

After a night camped at Indian Pond where we got some work in on their rolls we rallied over towards the Rapid. 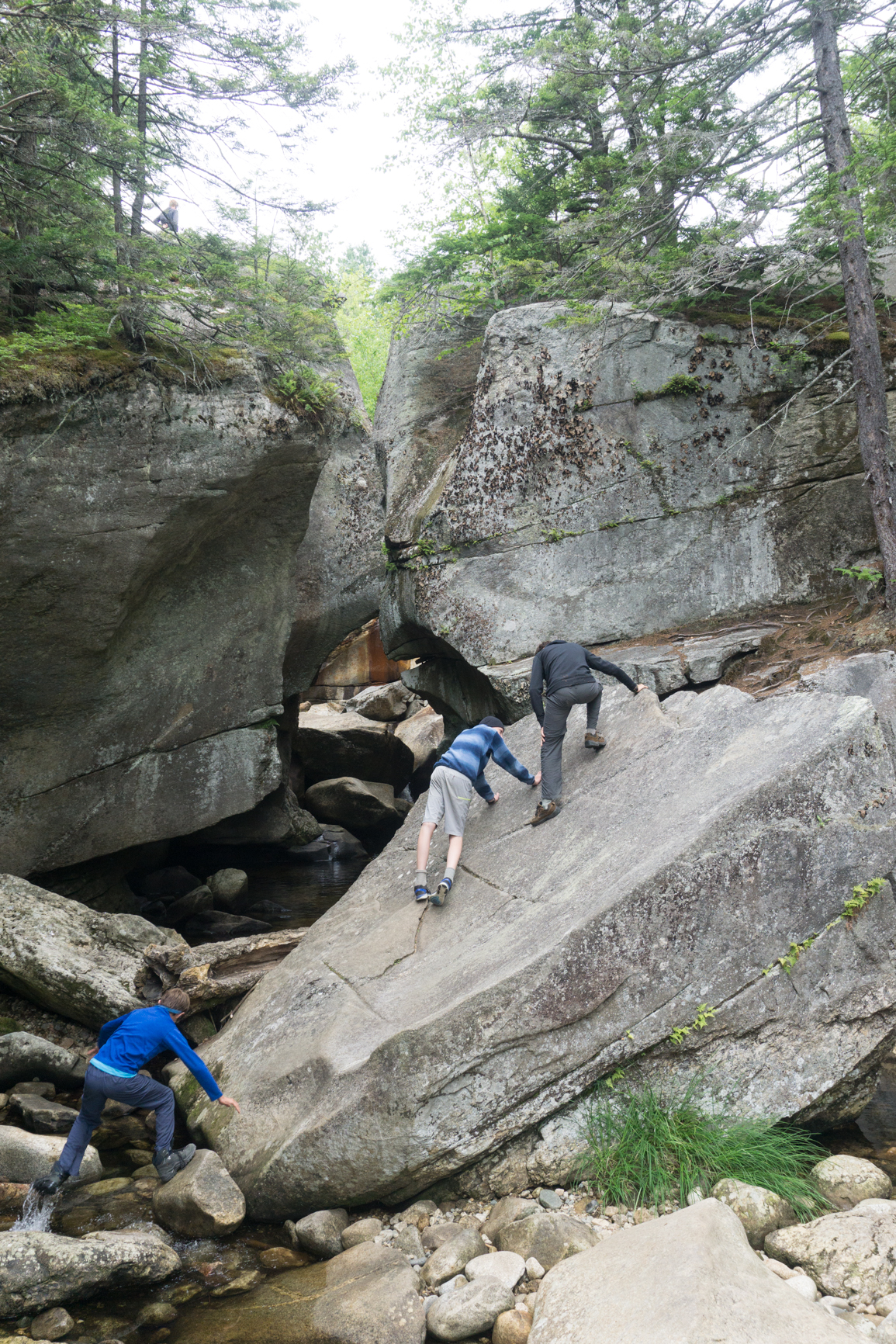 On the way we got a little bit of exploring in passing through Grafton Notch. With changes in regulations, and the three week schedule precluding us from borrowing the island between the usual Umbagog sessions, we got a unique trip in. 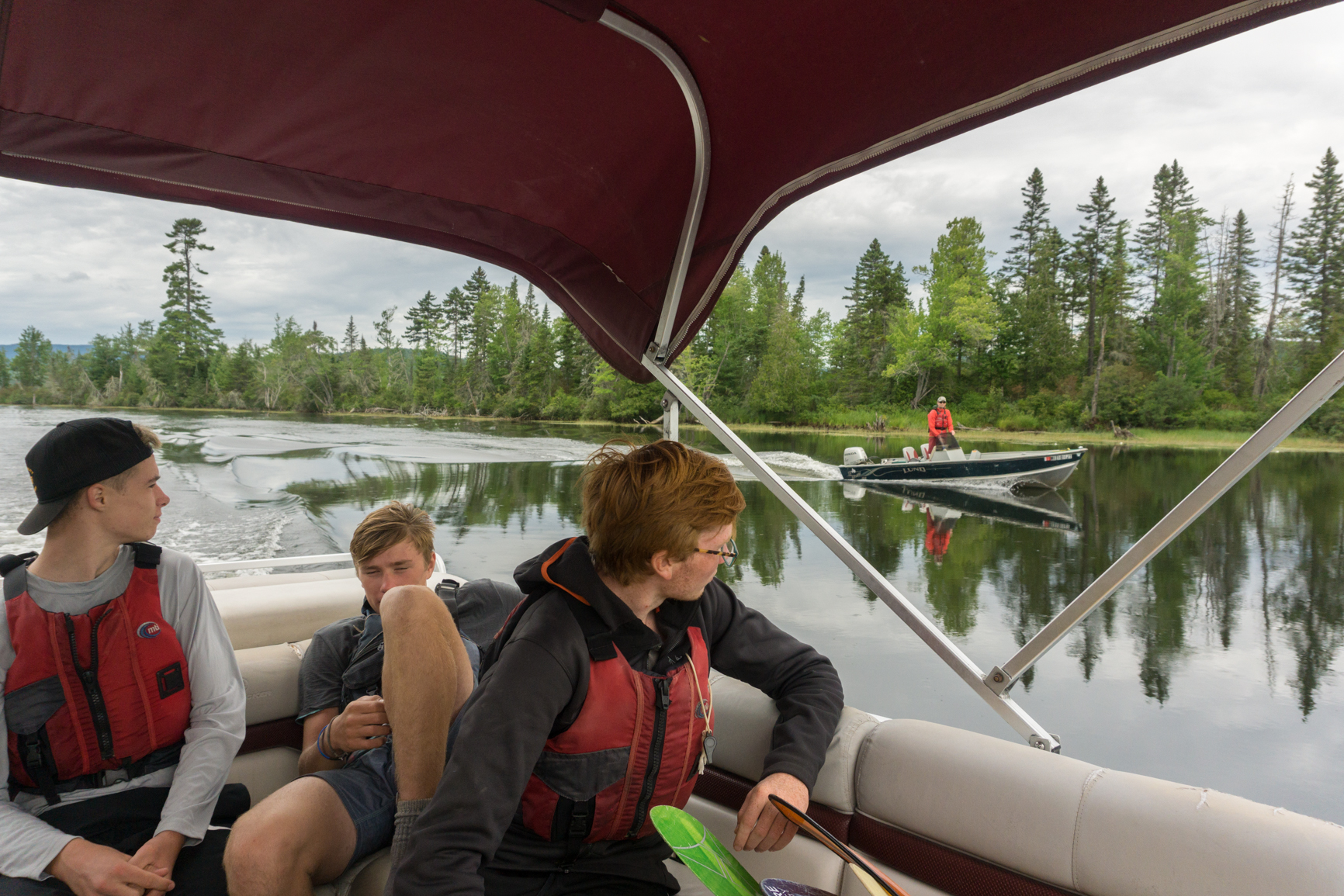 For just over half of the group it was a return to a river they thought they knew pretty well, while the other three were seeing it for the first time. We were still able to find ways to keep them interested. 'How many ways do you think you can play a single rock?' 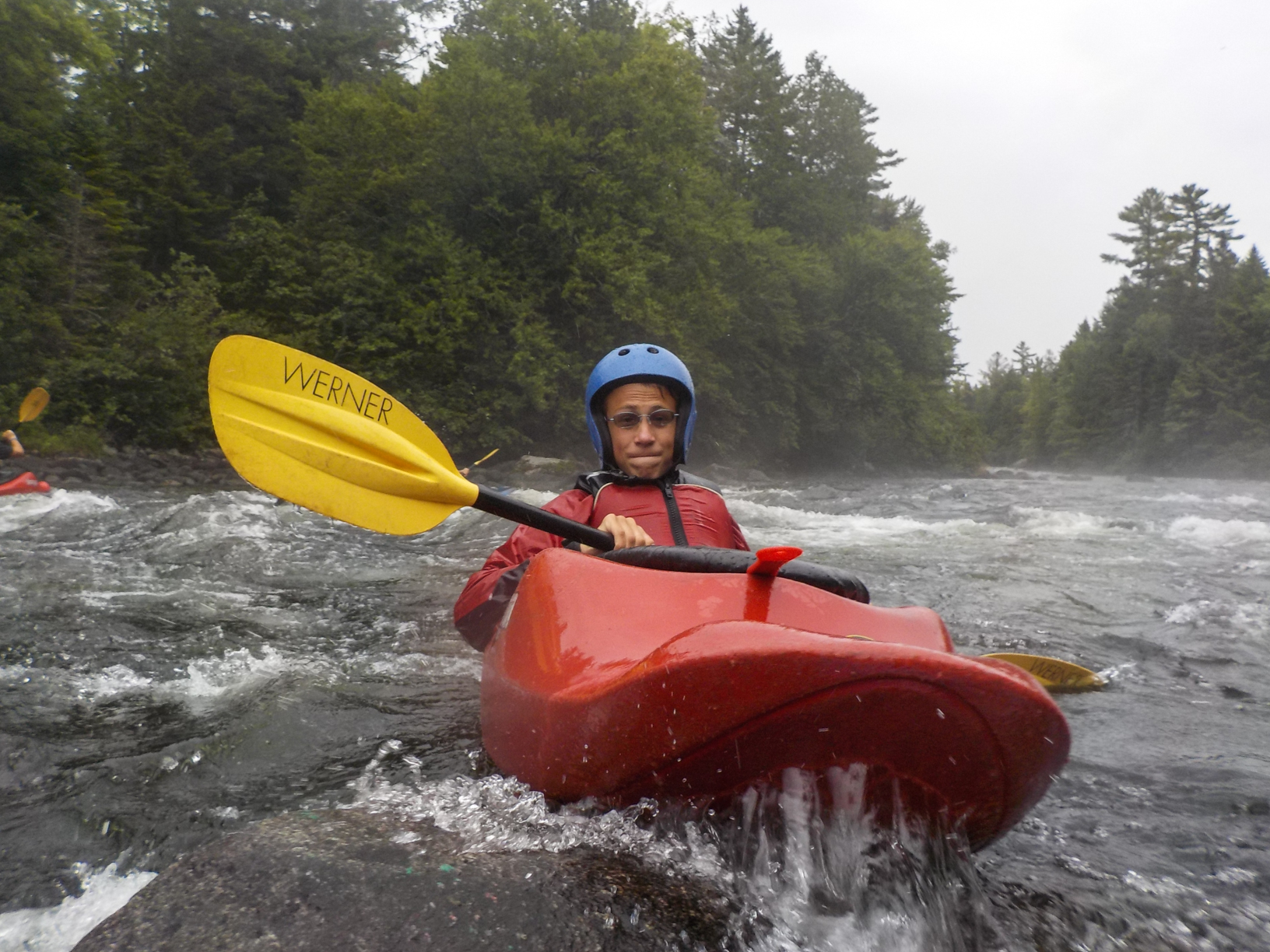 The answer ended up being along the lines of: splat, rock spin, boof, blast, squirt. Pretty good for a single rock and the eddies that it creates. And that's before we even hiked up the river.

Up river we found that while the water level was low, we were able to run most of the river, which made it so that we weren't always having to hang out at Smooth Ledge with Umbagog and a group from Camp Keewaydin. 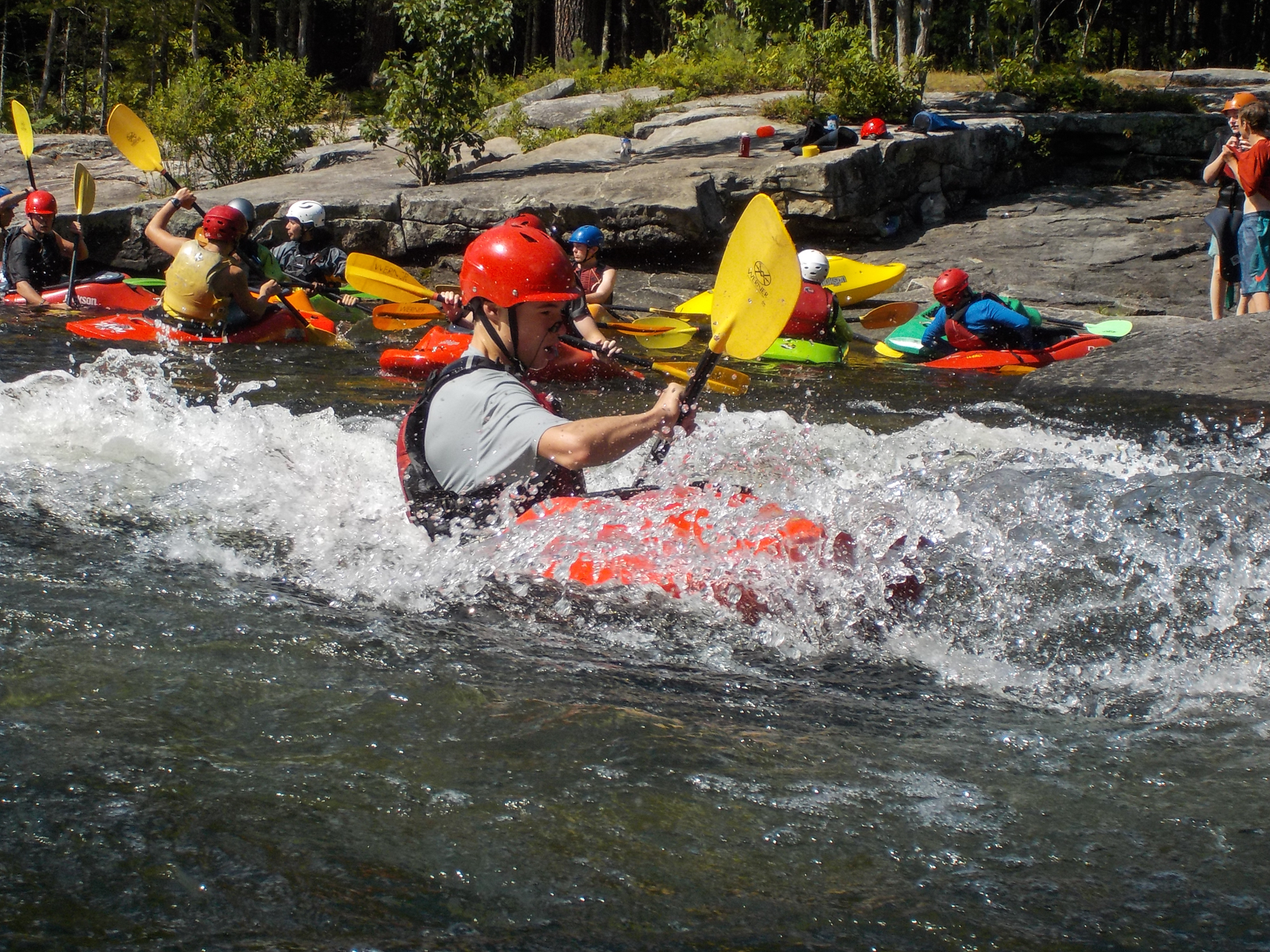 After visiting the usual stretches we run, we struck off on a mission to explore new territory. I've heard rumor of there being runnable Rapids on the Rapid above Pond in the River, but I had never seen them. 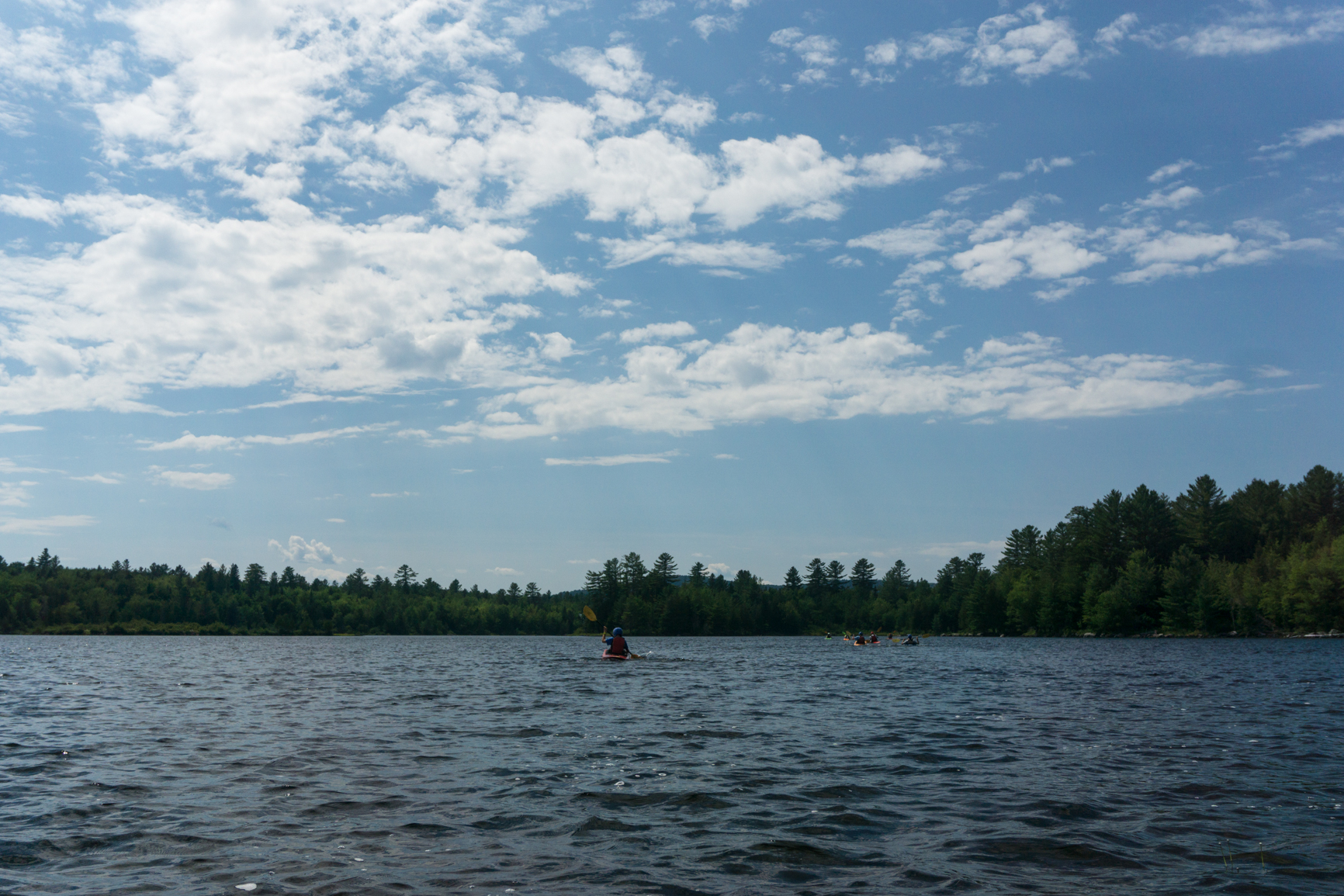 After a paddle across Pond in the River and a surprisingly short hike, we found ourselves at Middle Dam. It was pretty cool to explore the source of our water, and we also found that there was a whiteboard that had the current flow written on it (also found reasonable cell service, just in case). 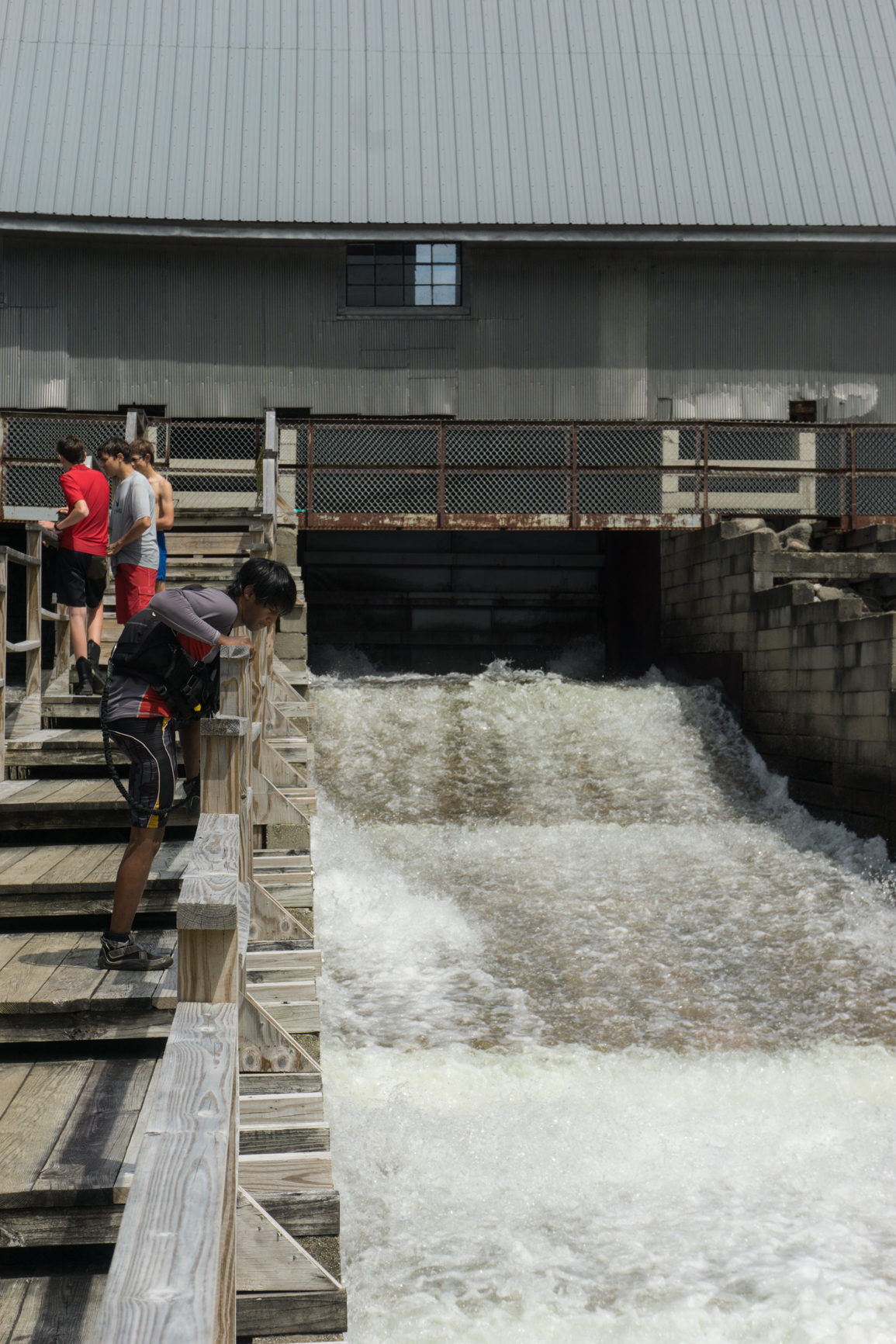 First and Second Current (as I've now heard the rapids called) are in between Gate 4 and Gate 8 in difficulty. They largely have a cleaner channel than the lower river especially at the 600 cfs we had for most of the week. There is pretty good eddy hopping for a group to make their way down them. 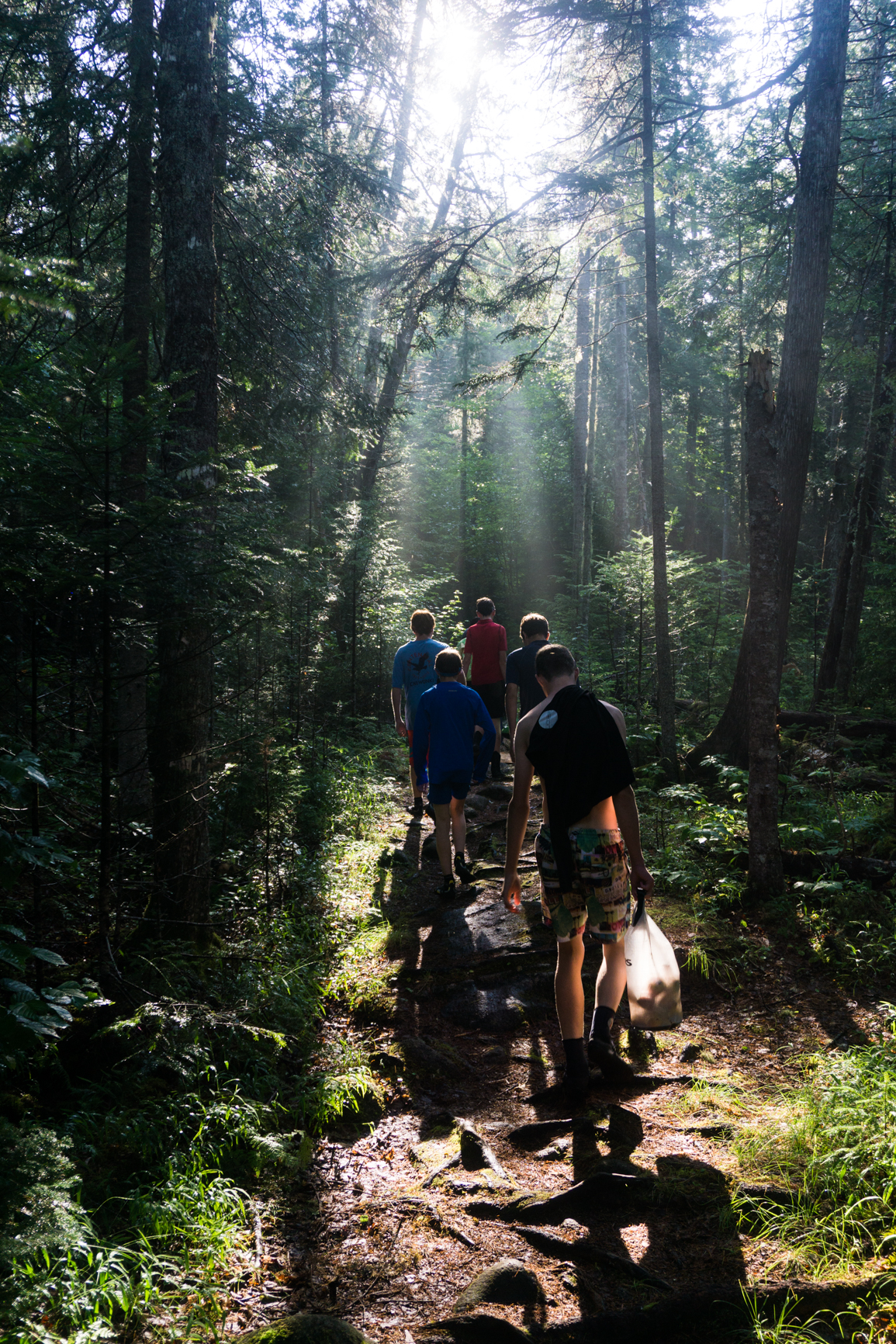 It's not a bad routine to be in. Wake up, find that you've got one side of Cedar Stump to yourself. Make you way up river. Paddle all day. Paddle back to your campsite. But soon it came to an end and we had neighbors for release weekend. 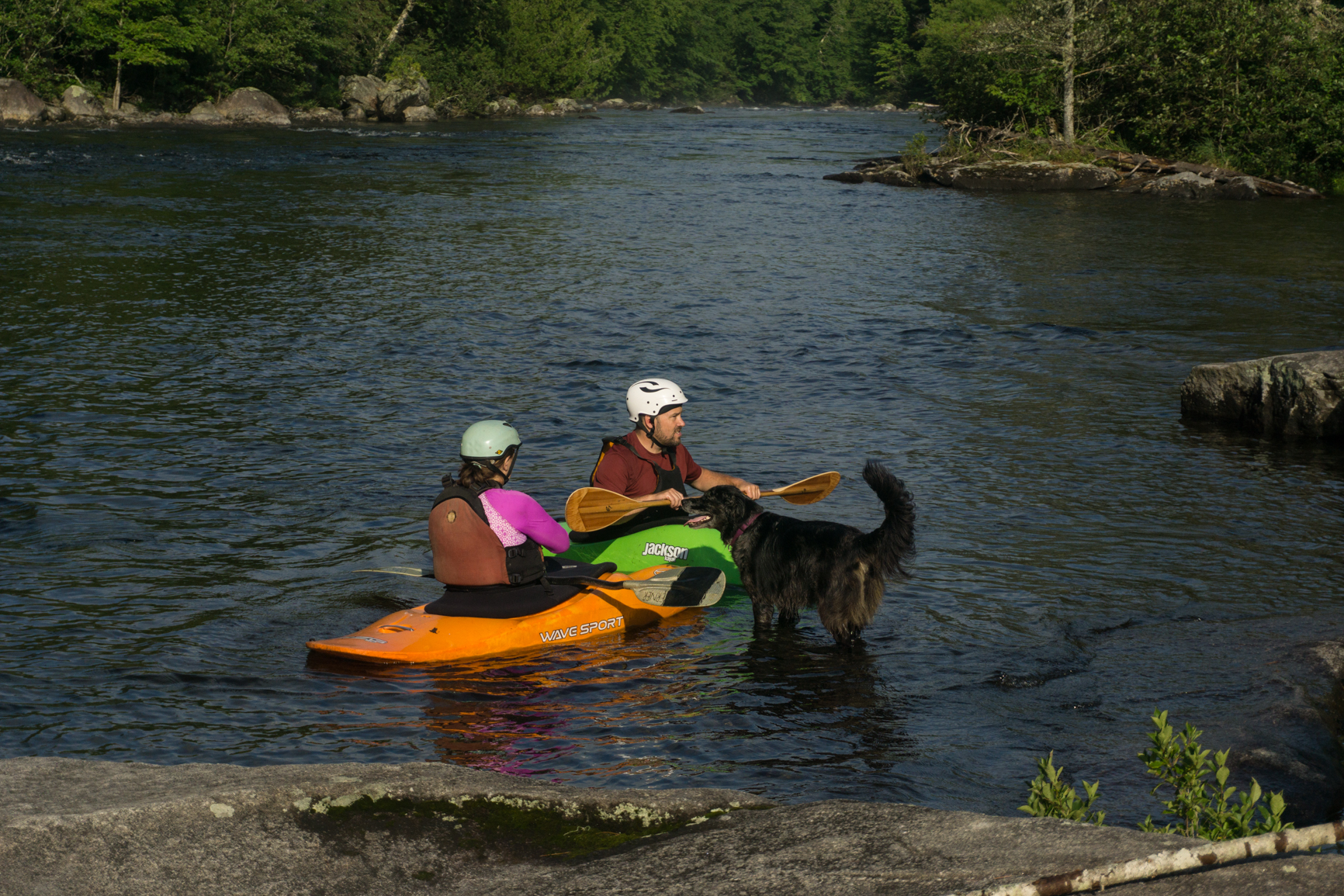 By end, I mean that we had my good friends the Linehans next door, who not only brought their pup Seguin, but they also brought moves and fun to Smooth Ledge and more supplies. 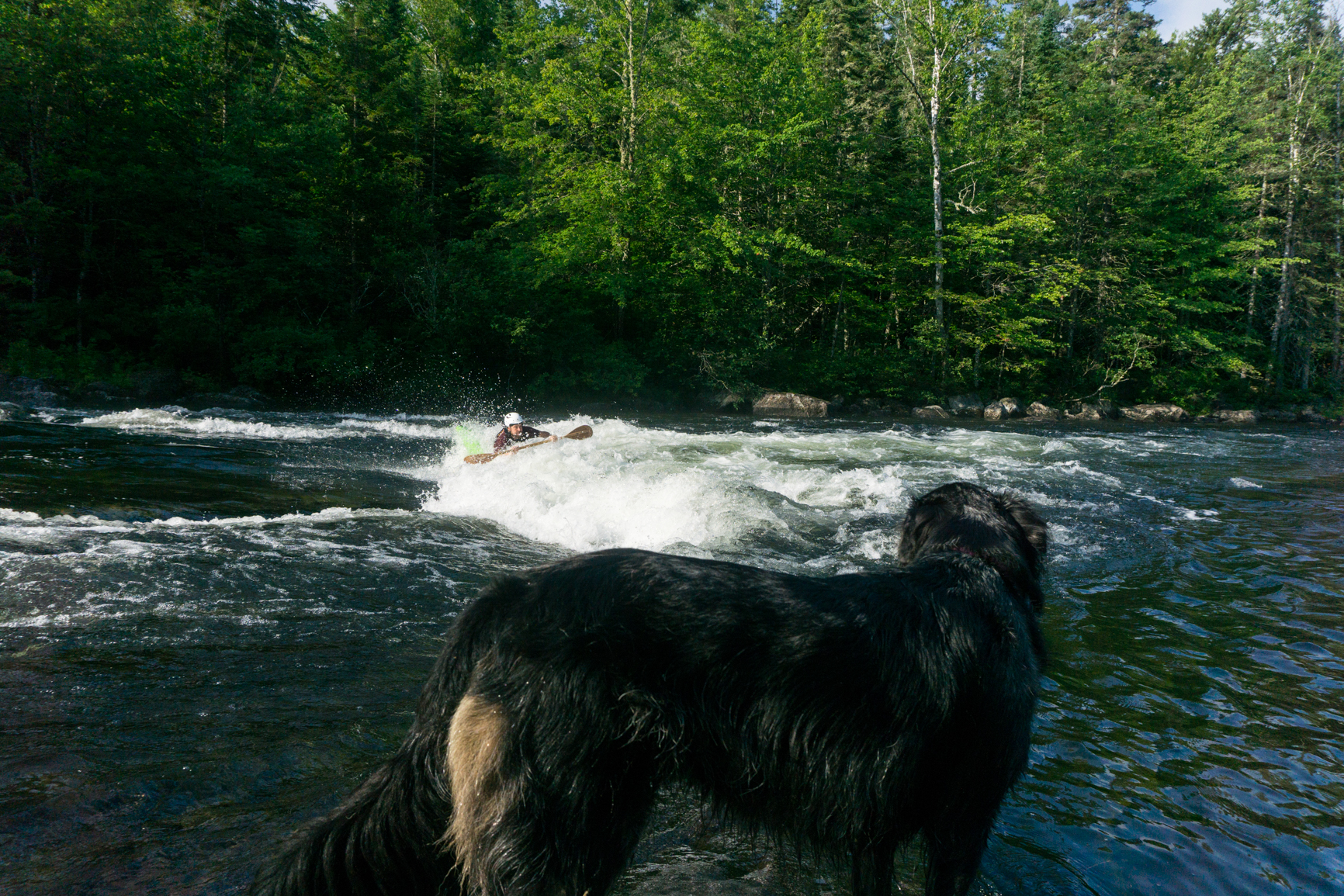 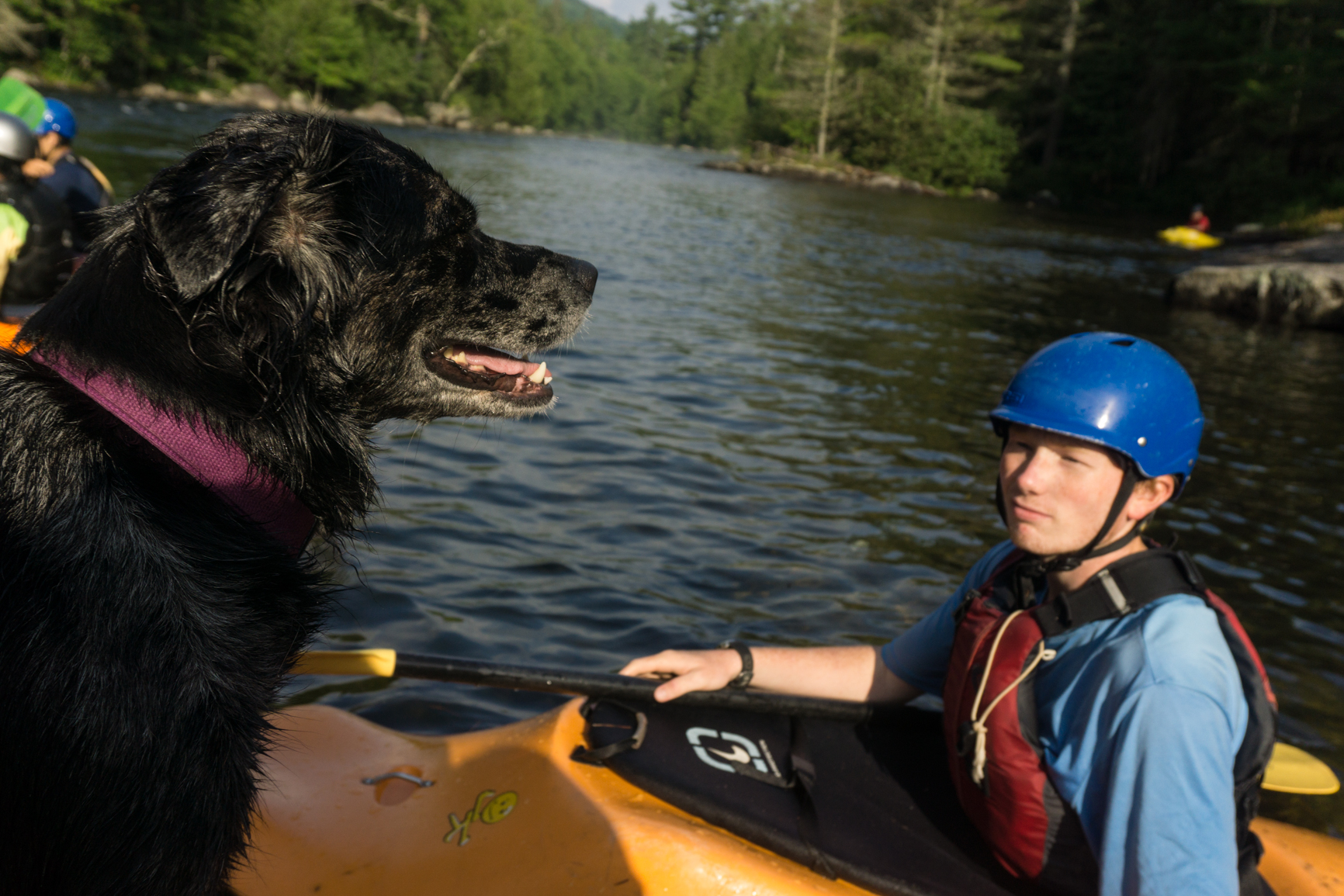 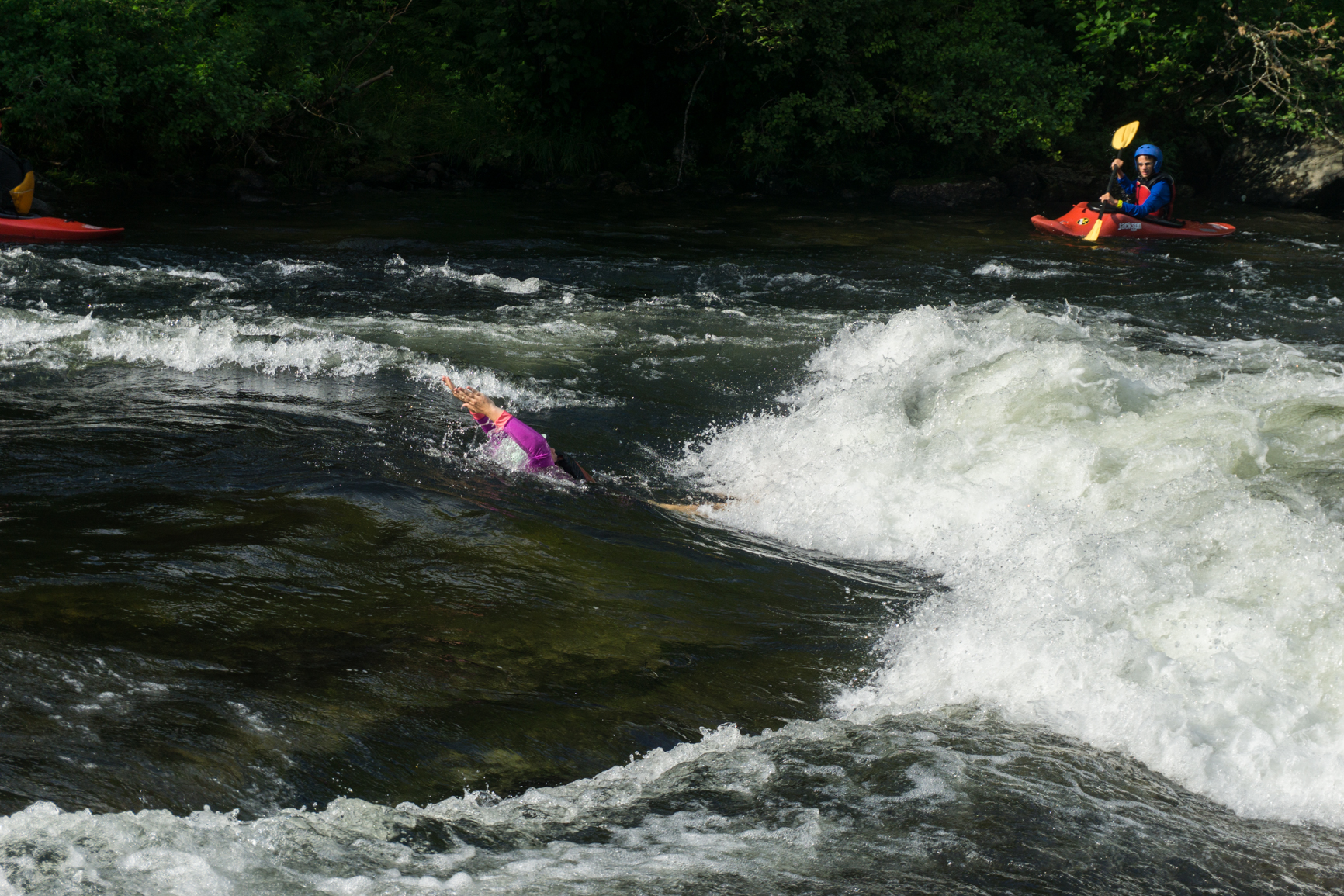 The supplies that the Linehans brought allowed us to have a Chewonki paddlers get together at Cedar Stump. Umbagog and the Linehans joined us for steak tips, mashed potatos, and the sharing of war stories and conspiracy theories for the evening. 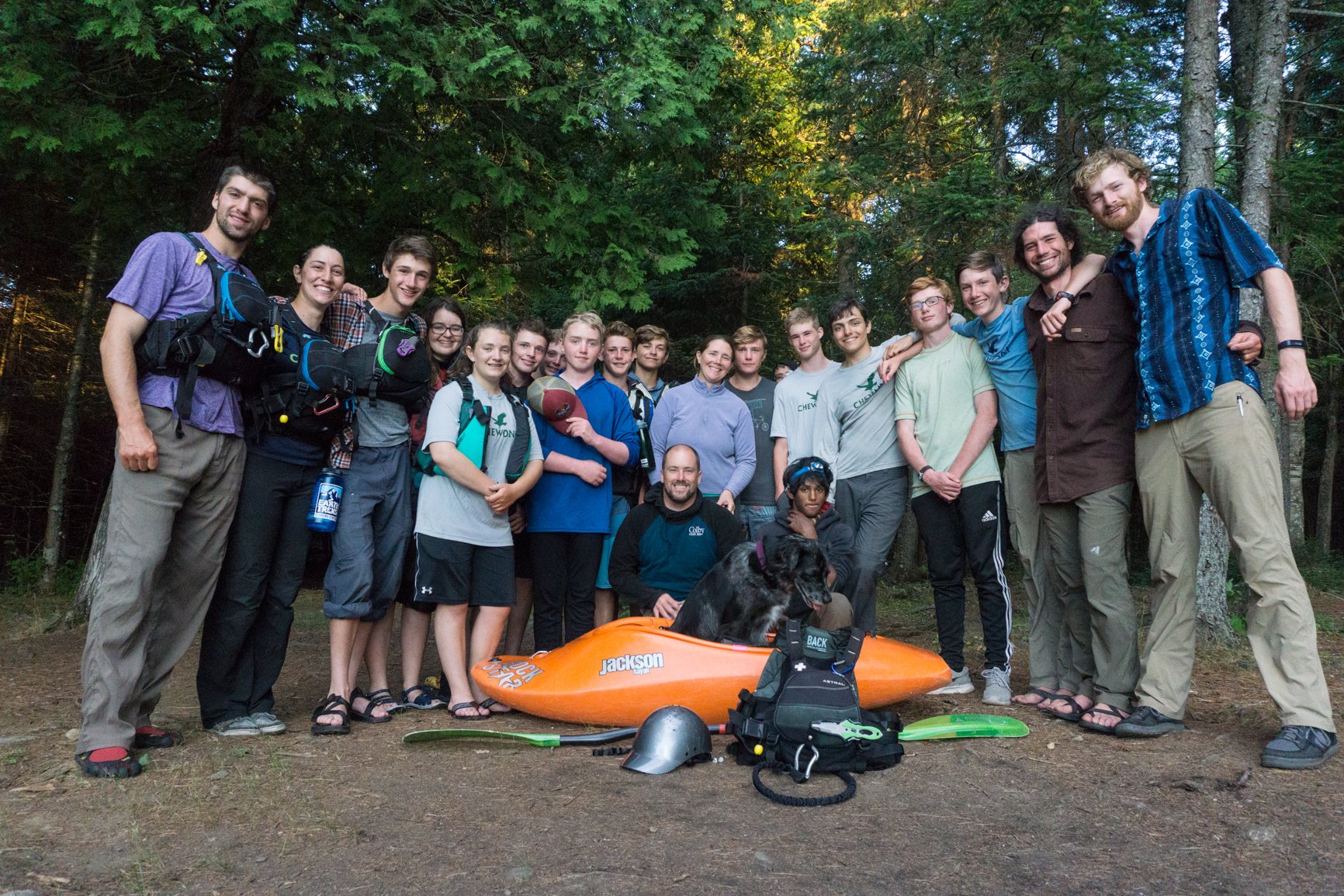 After some excitement, worry, and hard work on our last day at Cedar Stump. ELC picked us up for the ride back across the lake, and for a stay that night in their yurts. 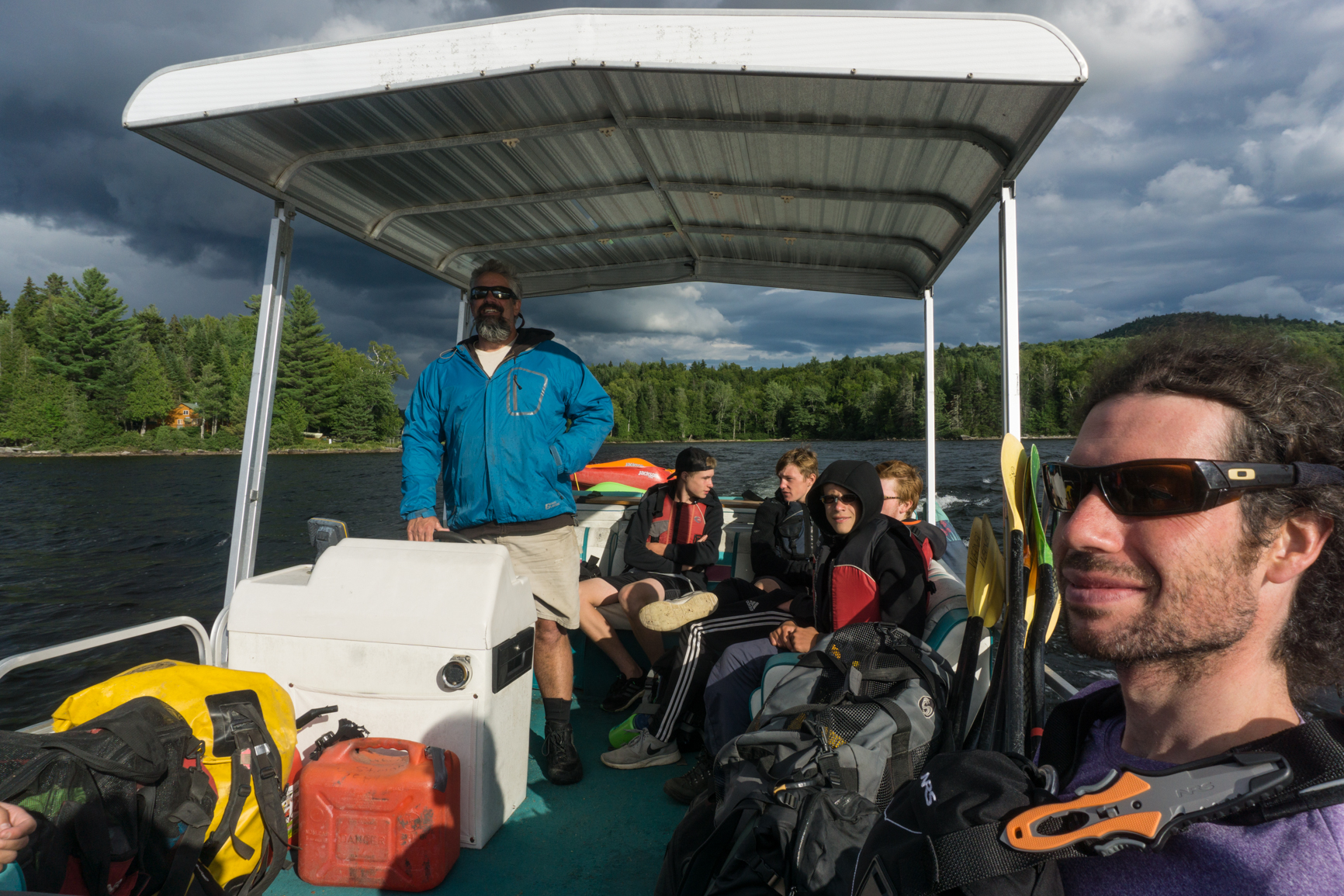 Staying in ELC's yurts allowed us to strike out for the Ottawa earlier in the morning. A long drive later we found ourselves at River Run campground, and the next morning we got our first taste of the Ottawa as we worked our way through McCoy's. 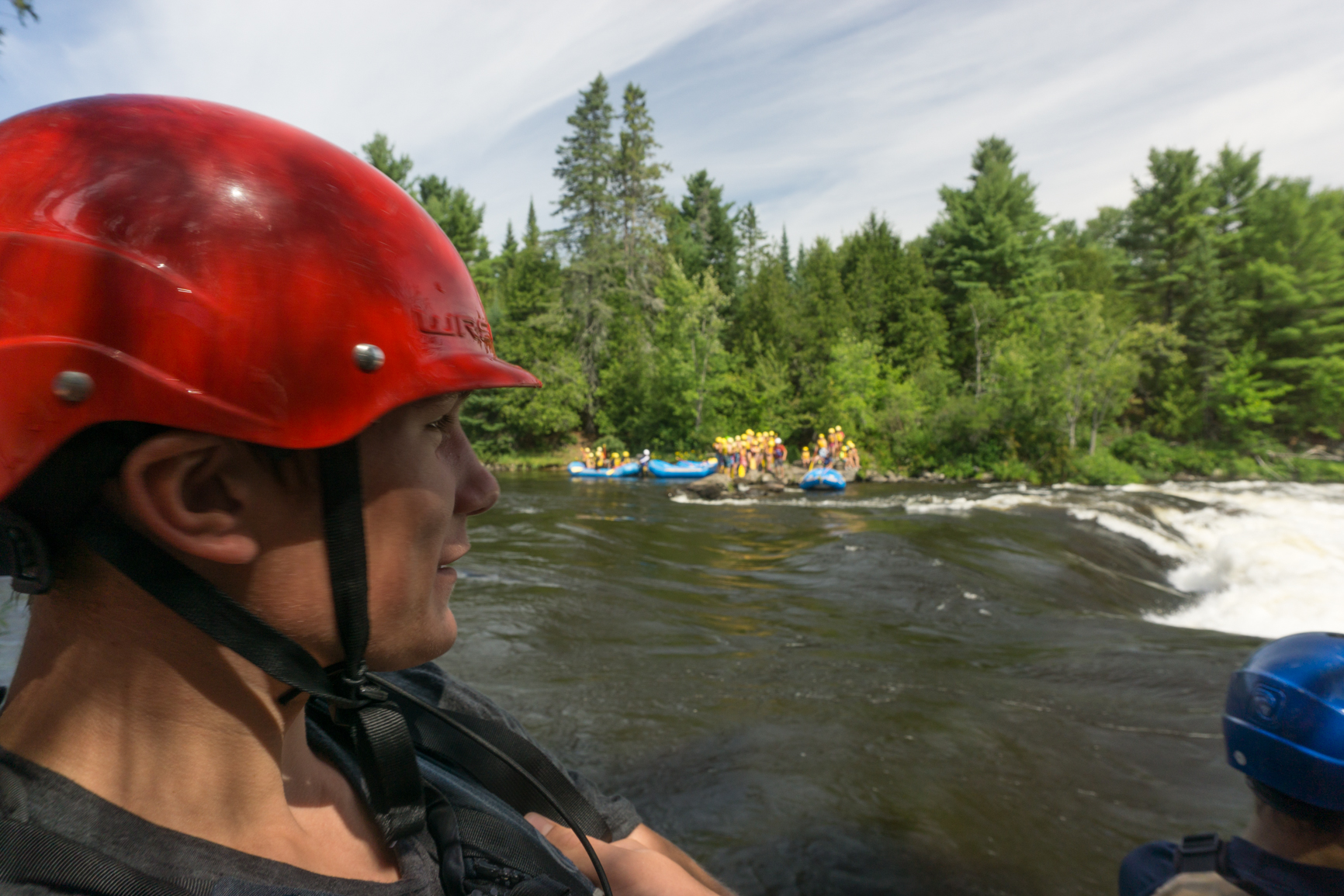 Phil's Hole proved to offer up drama every day we ran it. We also had a few unfortunate raft encounters that left our guys with a greater appreciation of size and mass. 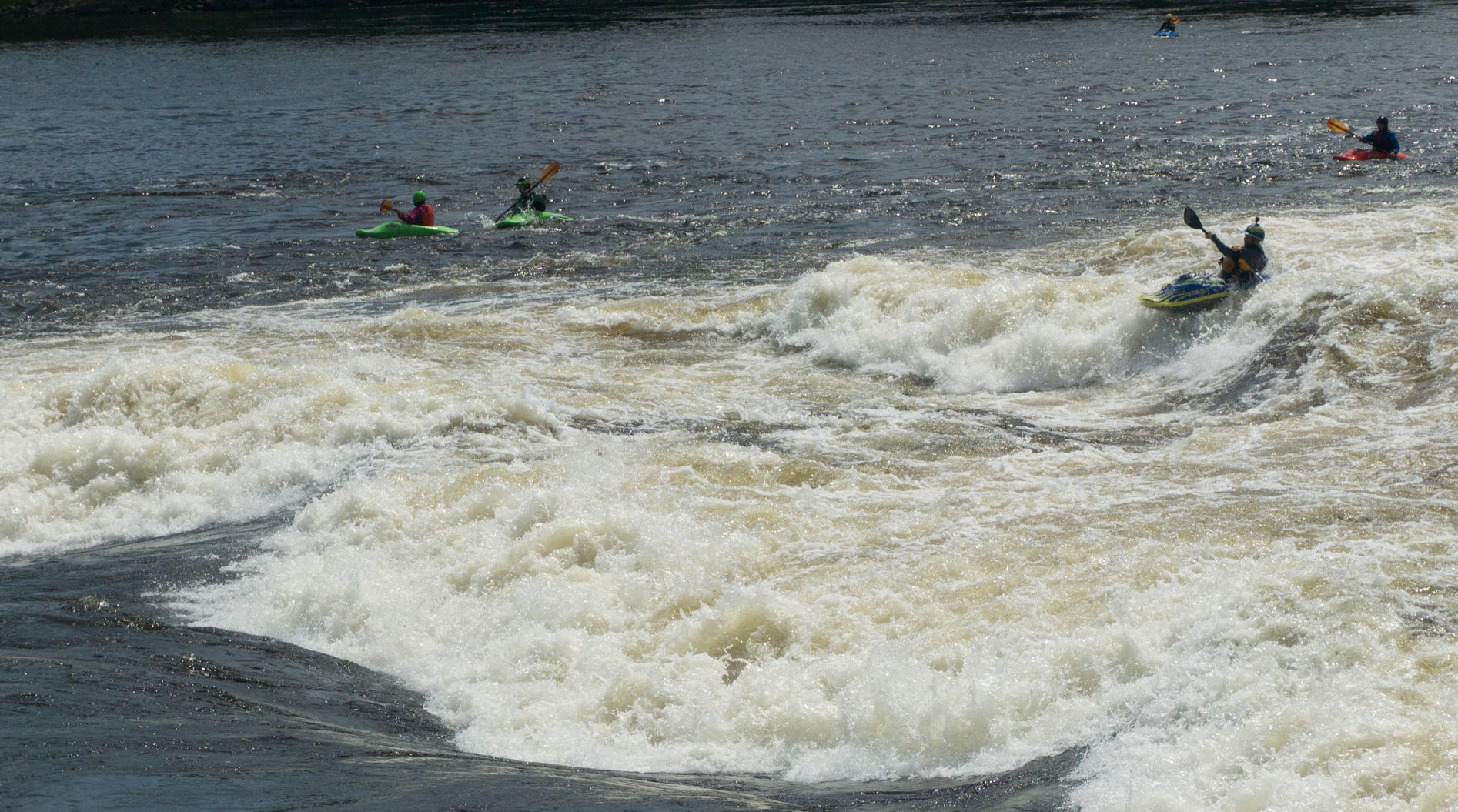 We also got our first pro sighting out of the way before we even paddled McCoy's. 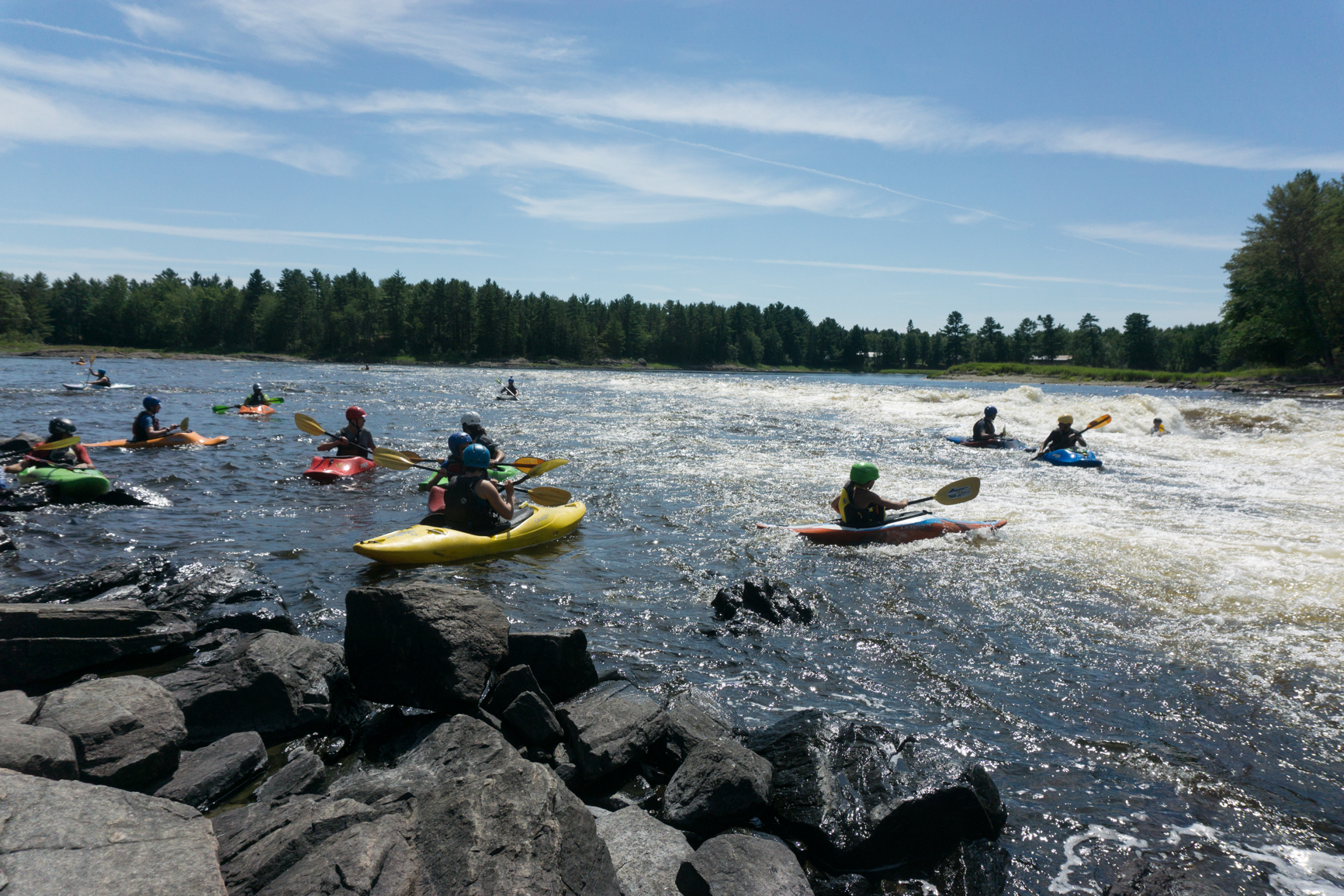 It took a while to figure out the best lineup at Babyface, but soon our guys got a hand on it. They also made friends with another group touring about from Maryland. 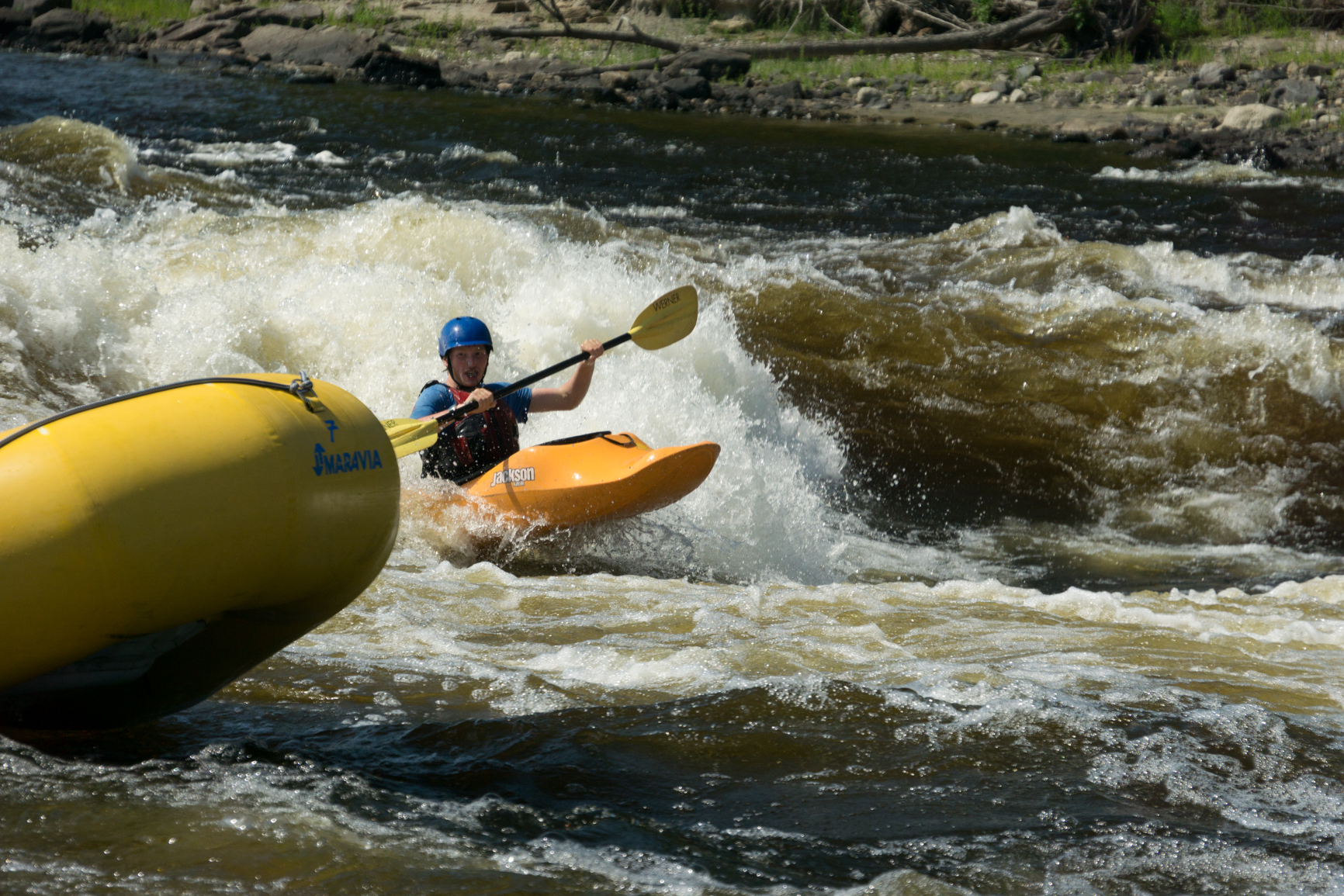 Babyface kept us entertained for a while despite the traffic. 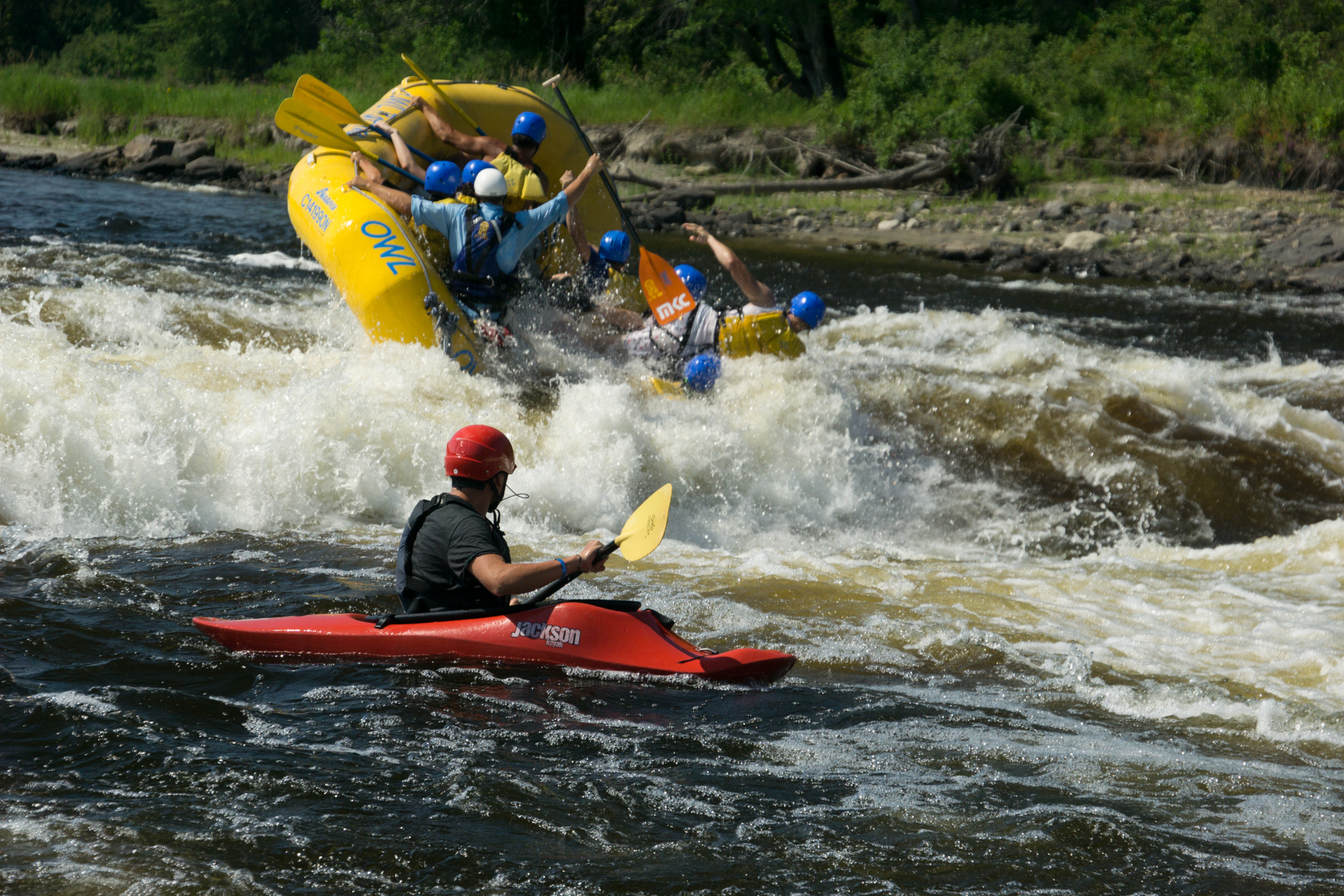 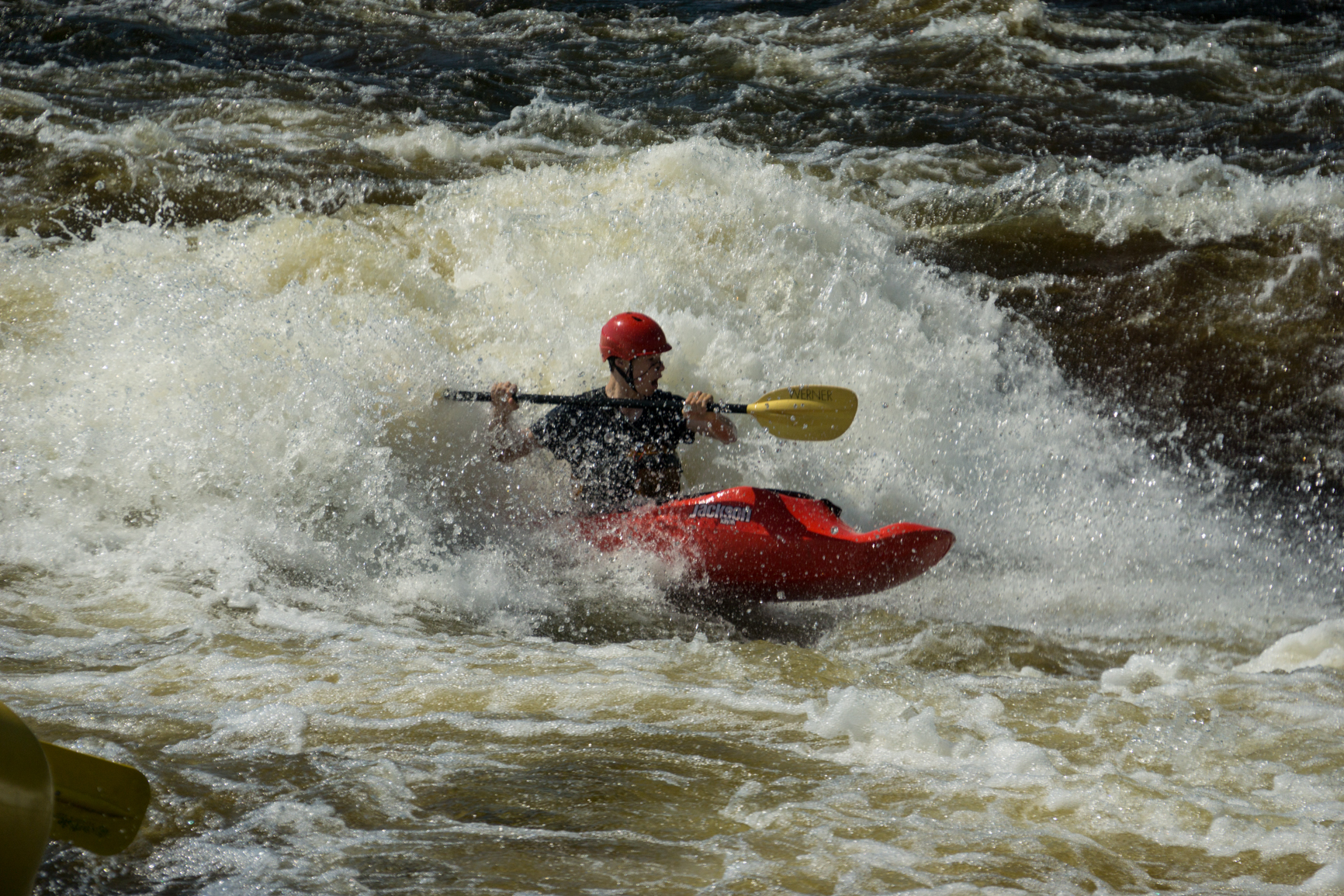 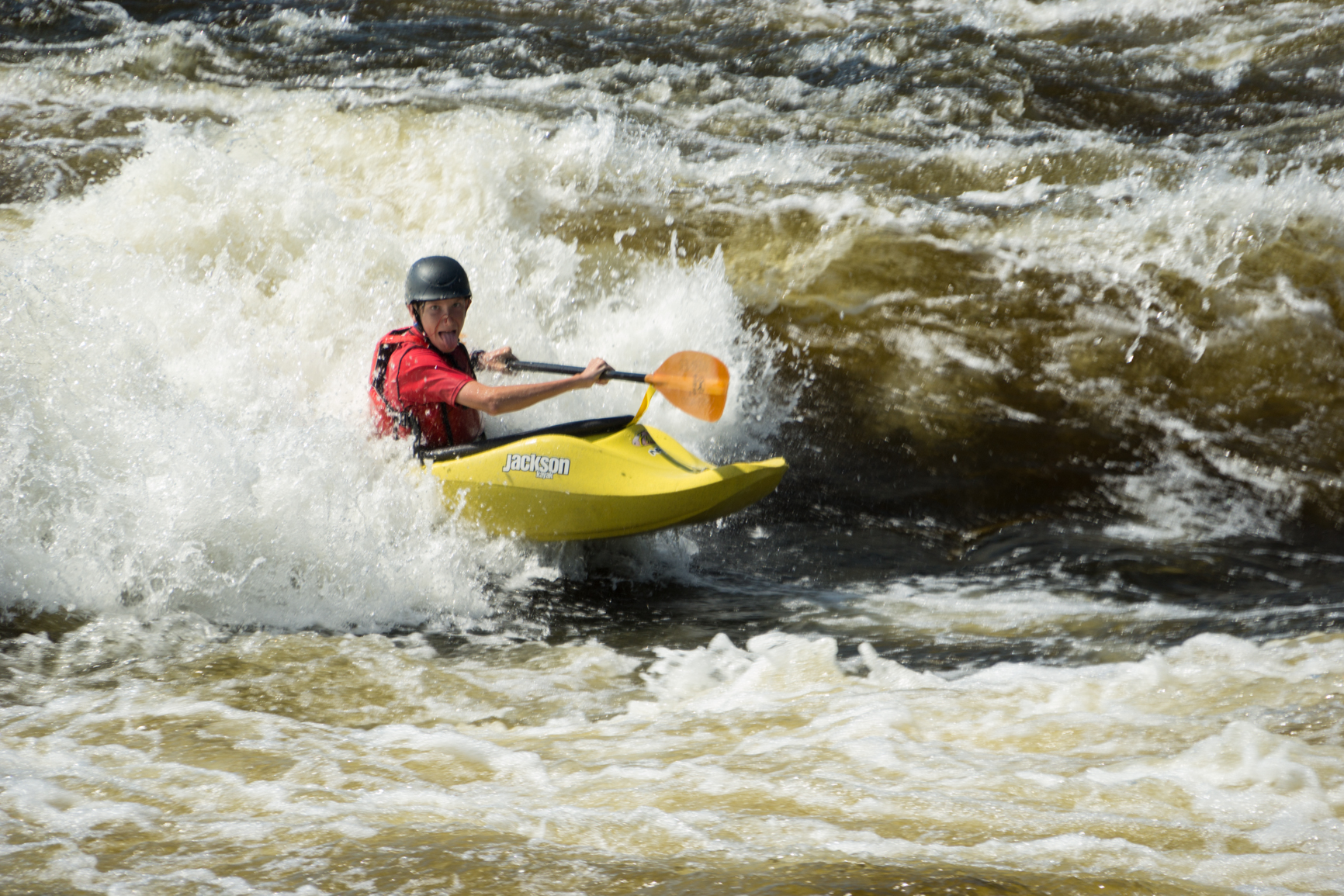 Eventually we sucumbed to the reality that there was a lot more river downstream to paddle, which we might want to do before running out of energy. 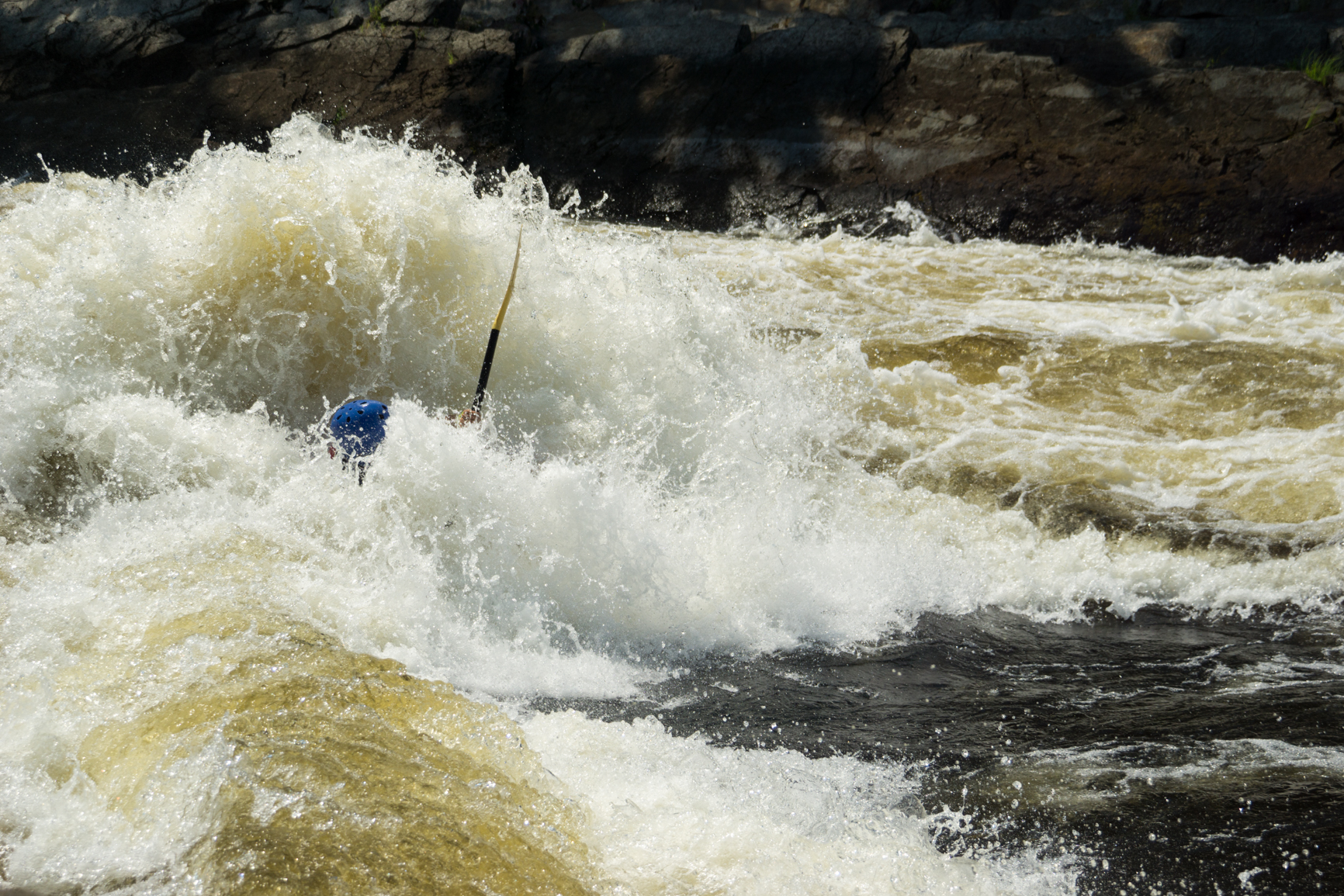 We may have run out of energy at Garb before playing at Push Button and a sink spot and finding out we still had Coliseum and other rapids left to run. That evening we visited Timmy Horton's for dinner before we self resupplied at a local market. Reversing the order would have been rather problematic. 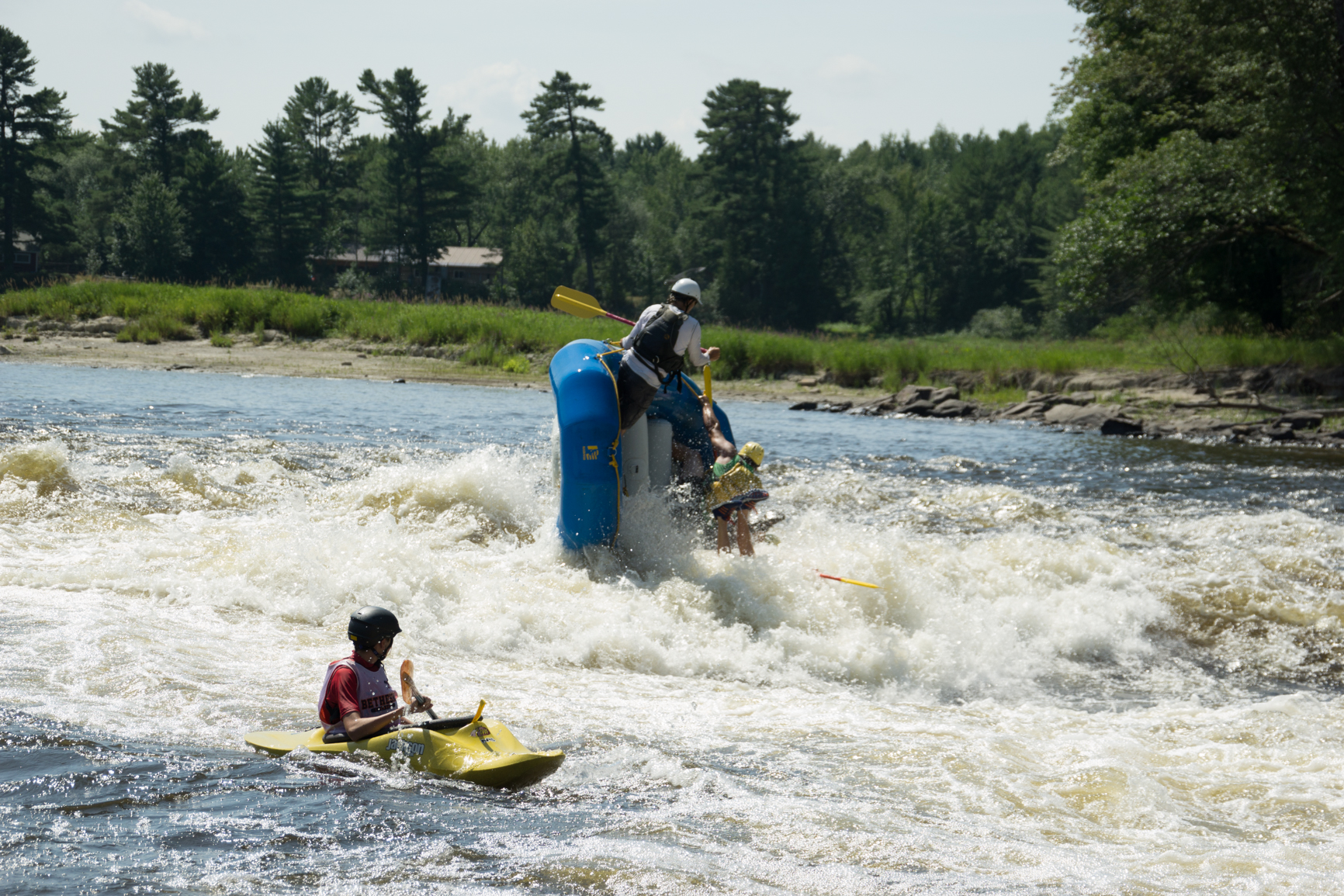 We spent a few more days on the Ottawa, especially at Babyface before we wandered again.

Our next stop was Quebec at ze Gatineau, where there were both dreams and fears about the features that they would encounter downstream.

The owner of the Bonnet Rogue campground, and both the put in and take out for the river ran shuttle for us. Being our first gray rainy morning in a while we took a while to leave our new furry friends behind at the put in. 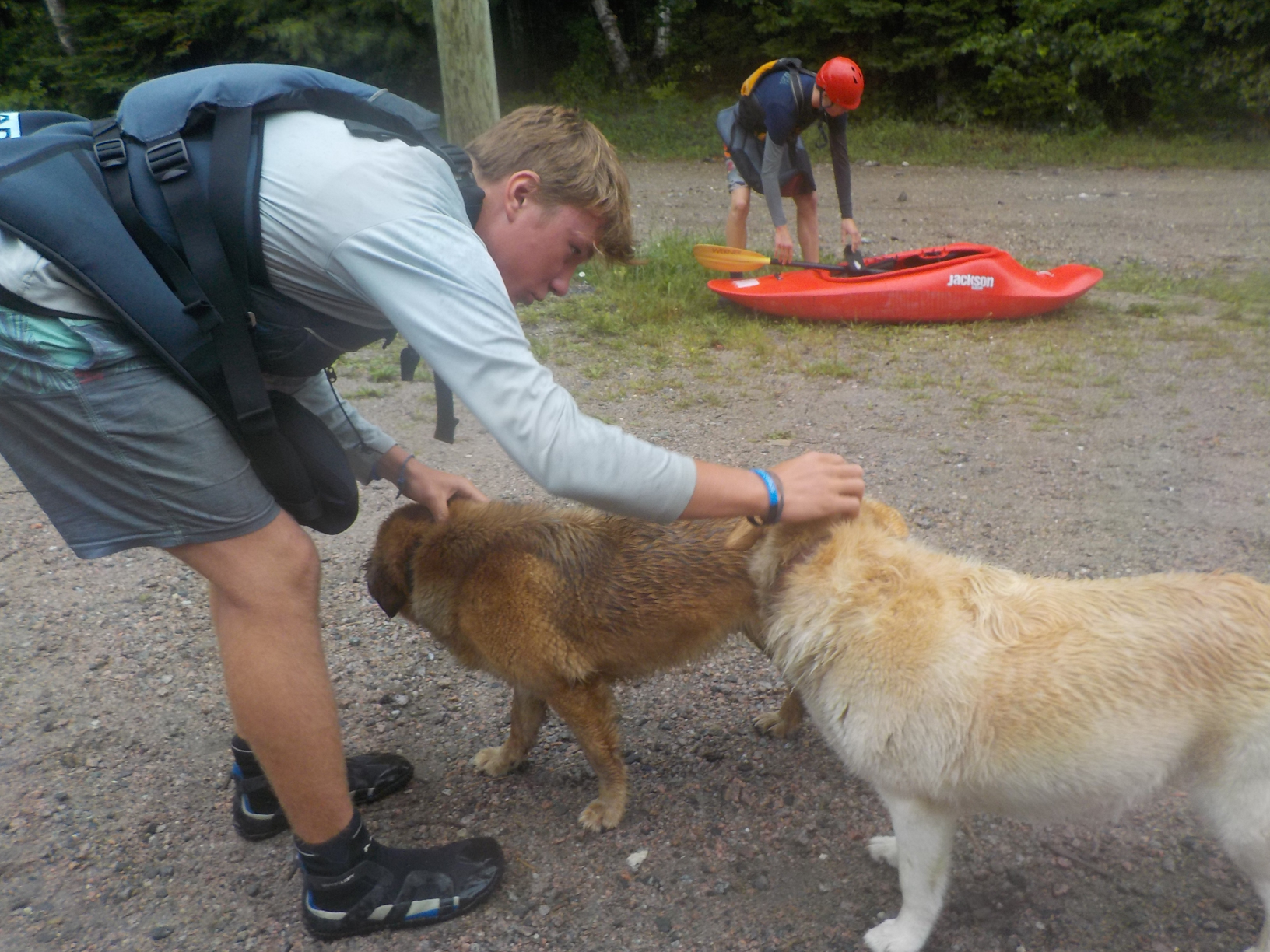 Upon scouting our first rapid, Lucifer, we came to face our fears. Thankfully we were able to avoid a hole that we are going to call LA reasonably easily.

Further downstream we came to a rapid that sometimes hosts a world famous wave. This day it only gave the chance for our guys to be famous in the eyes of another group running the river in canoes. 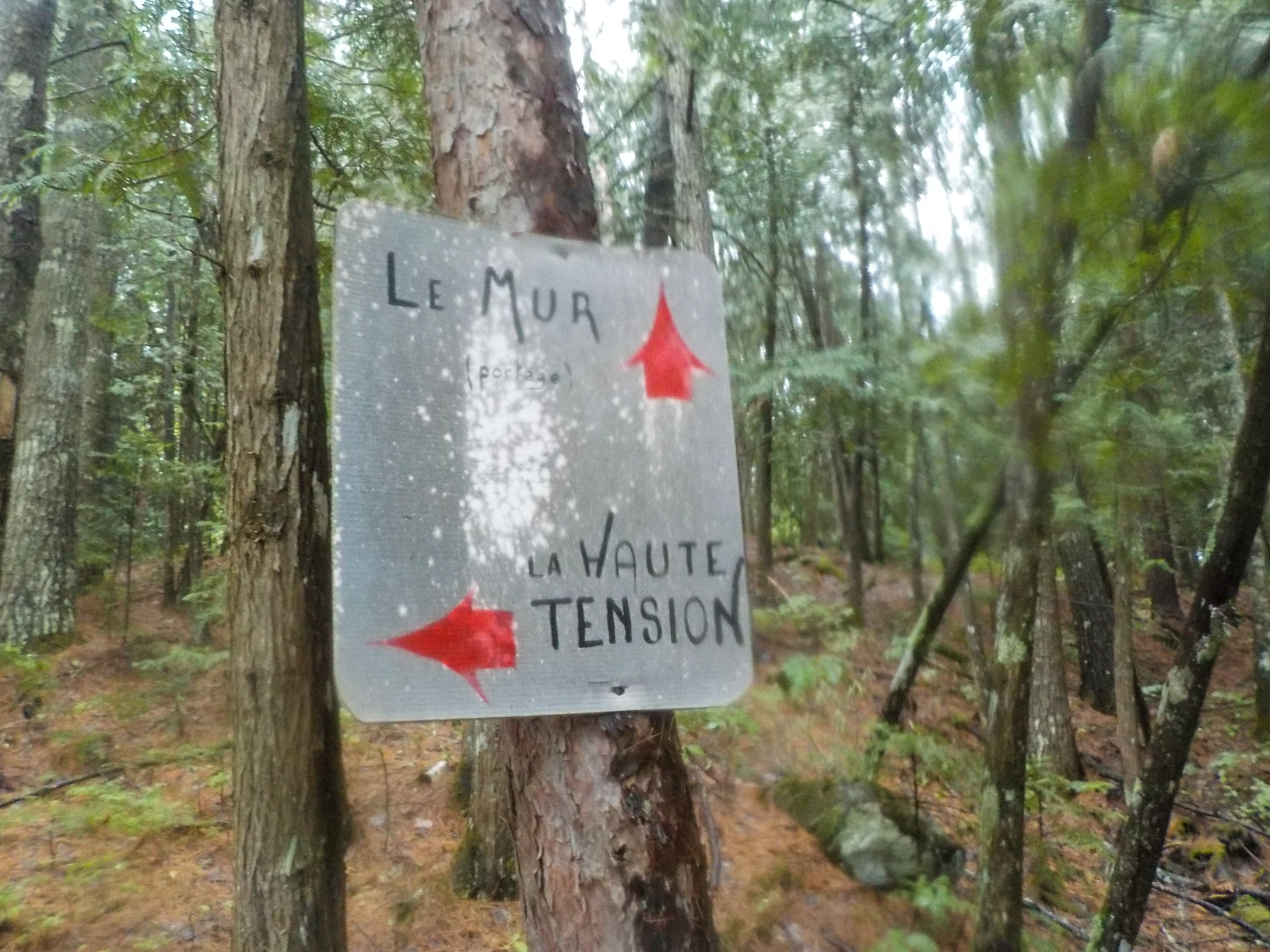 Even we can translate that. 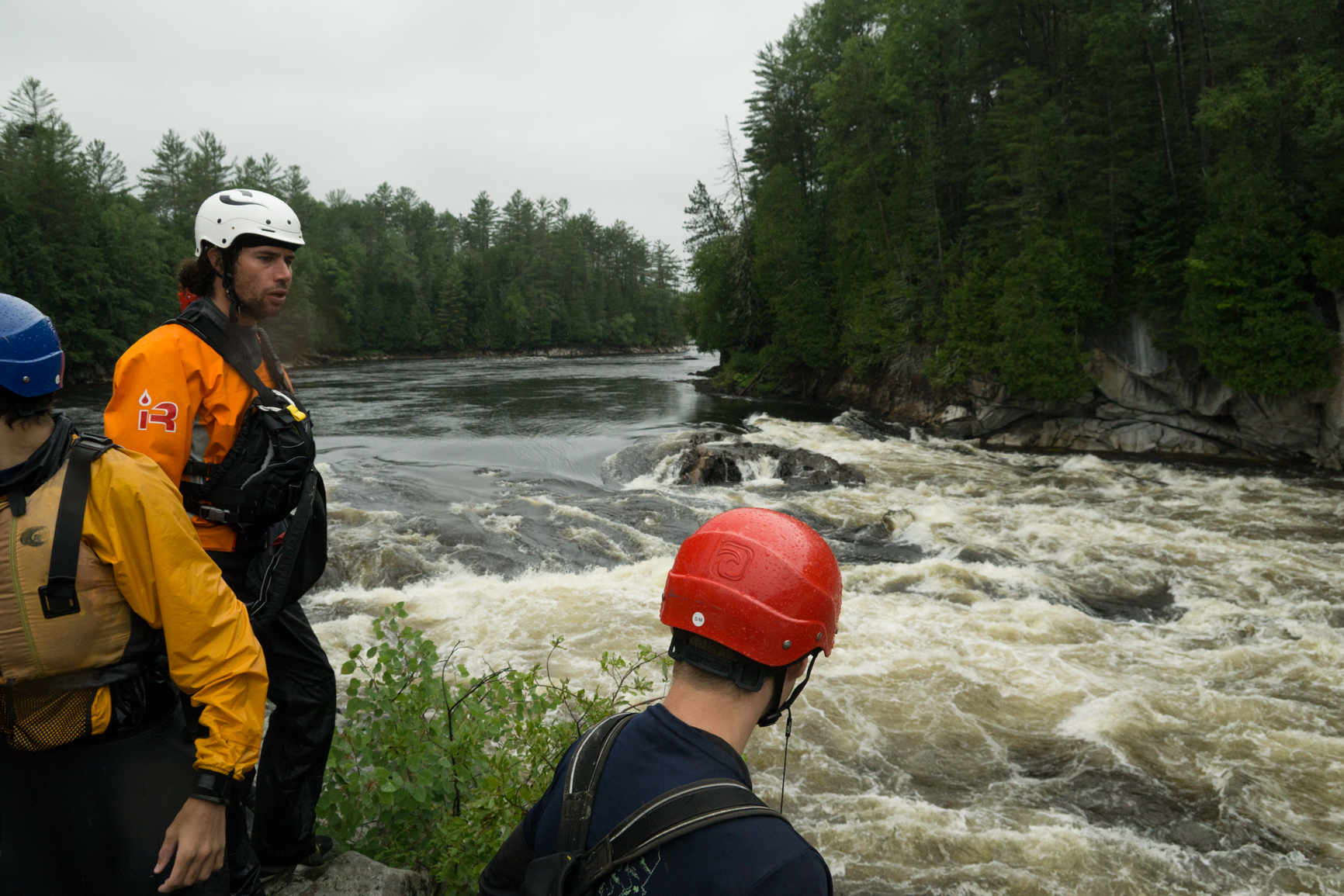 After another evening at Bonnet Rouge campground we started the drive back to Chewonki.

And drove some more.

Eventually we made it around dark and even managed to put up tents before it really started pouring.

We were able to clean quickly the next morning before everyone else needed to visit Packout, so we were able to get one last run in at Sheepscot. 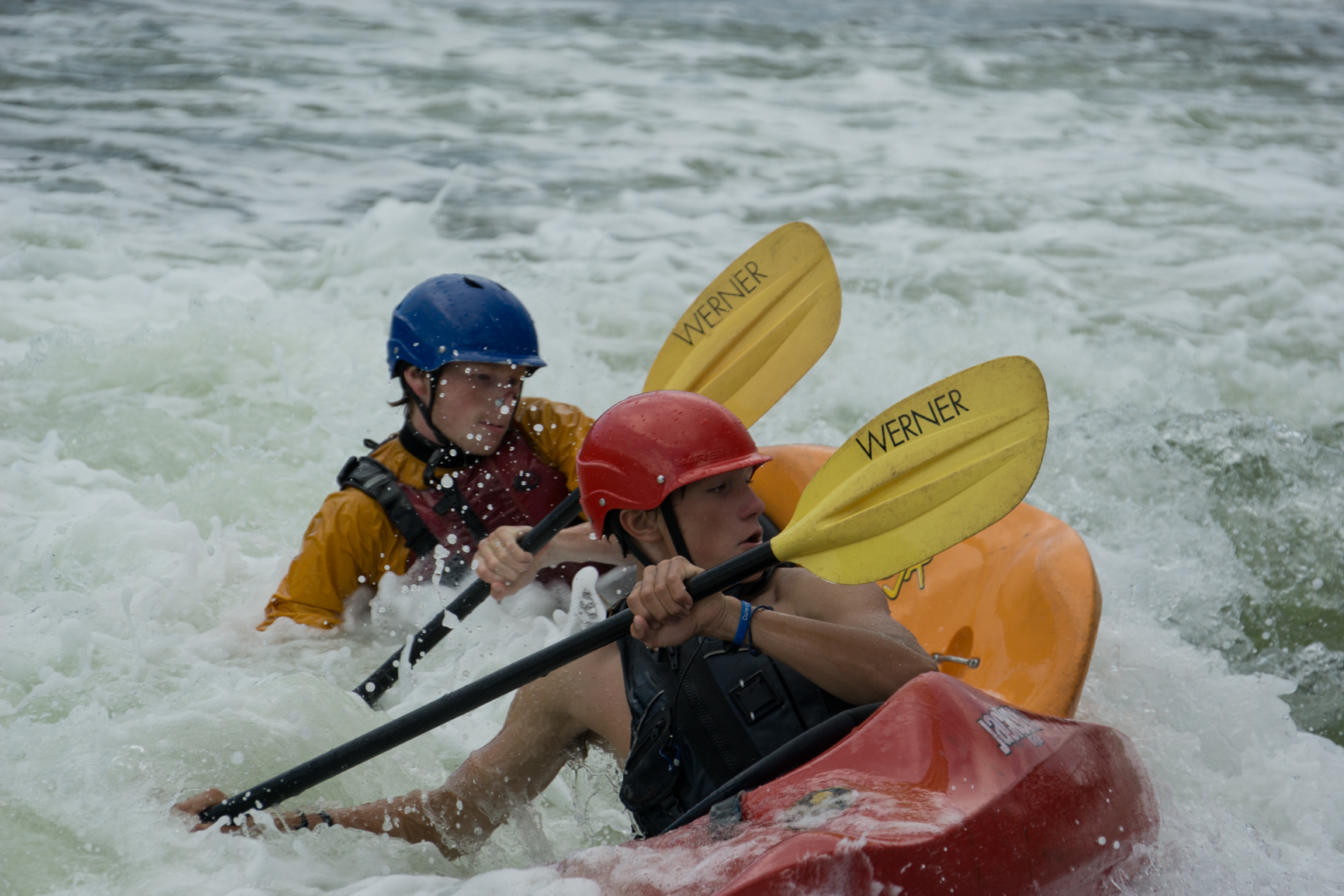 It was an incredibly low tidal difference, but as it was our last taste of whitewater we stayed long enough for things to get weird. 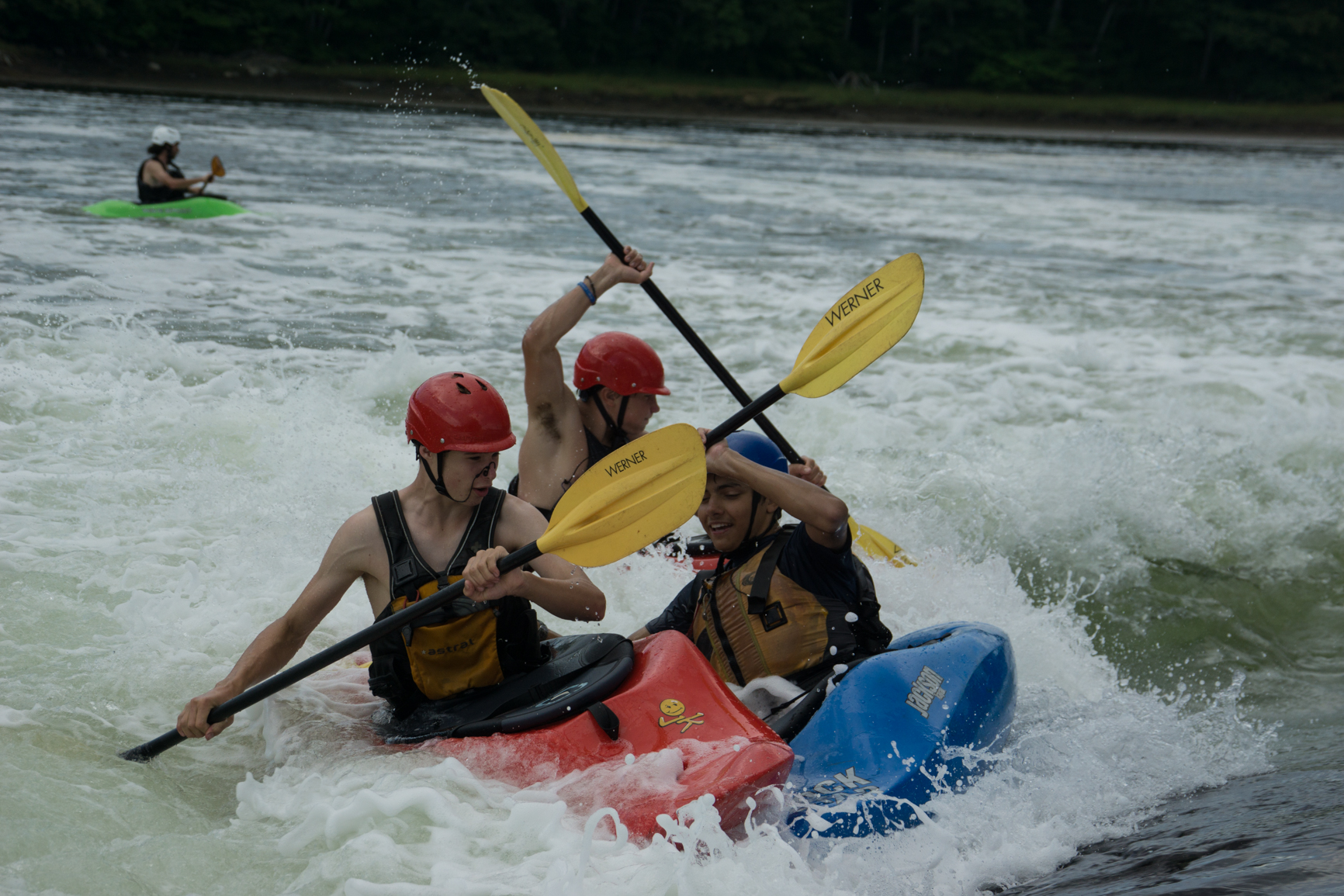 Thanks to Chewonki for letting me lead NER and Ian for being a great co-leader. 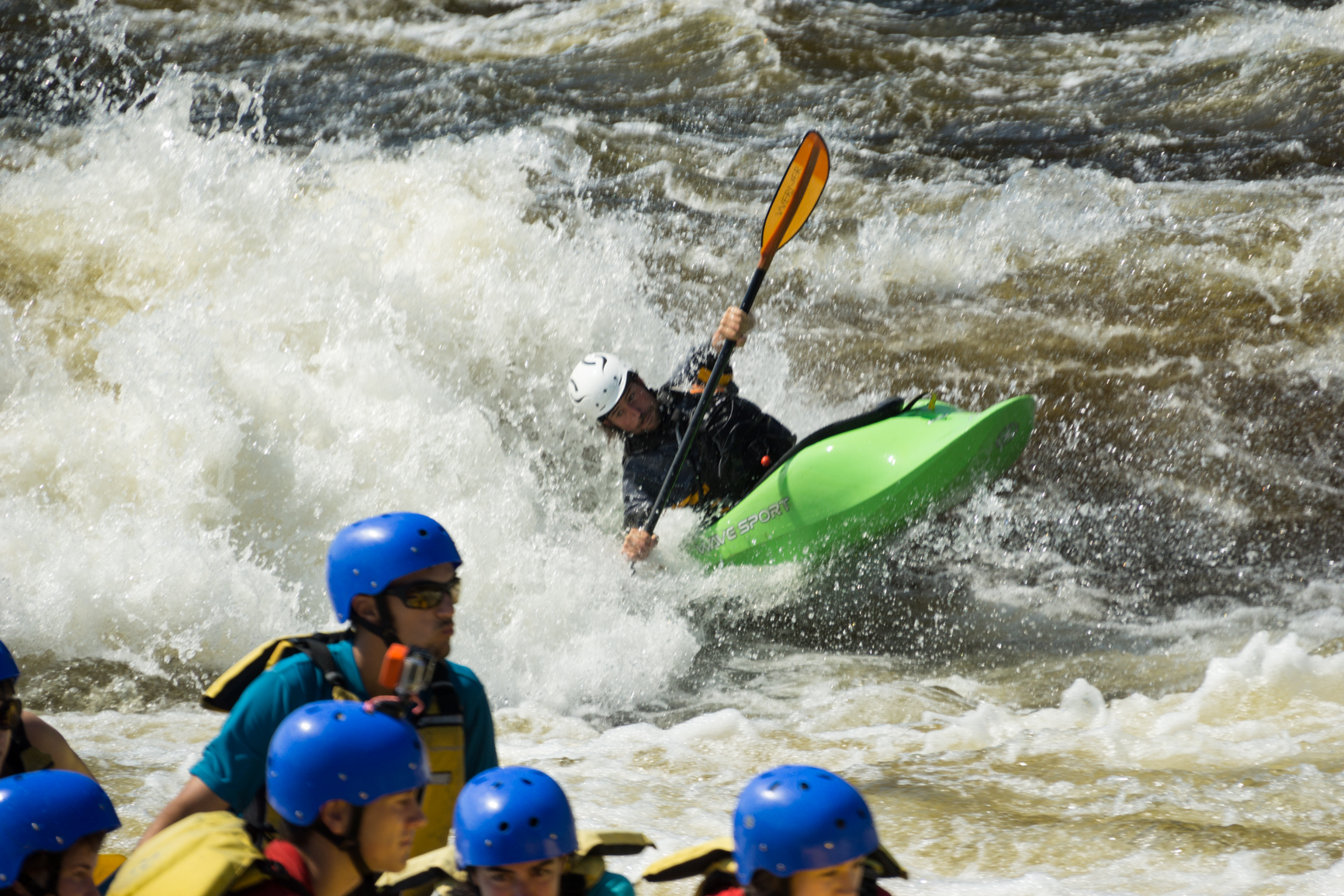