Another post from the past while I'm out and wandering.

Sometime around the end of April 2009 the Colorado College Kayak Club had a swiftwater course with Downstream Edge. It was nicely timed just before my River Incision trip.

One of the nice things about setting up our own course is that we were able to have it on or 'local' run of Waterton Canyon of the South Platte. 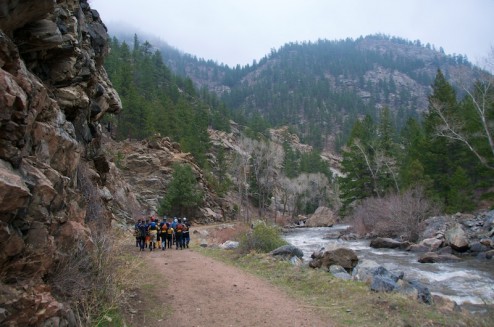 Tommy Hilleke was one of our instructors. Both instructors were awesome (Sorry, I just can't remember the other guys name!) 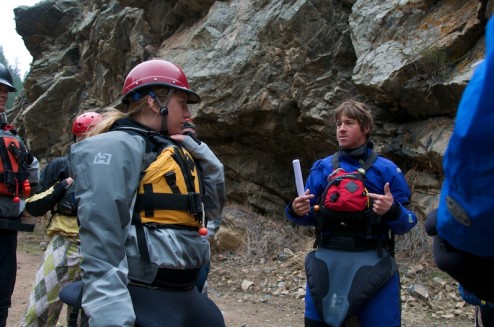 We started off with a bunch of throw bag practice. 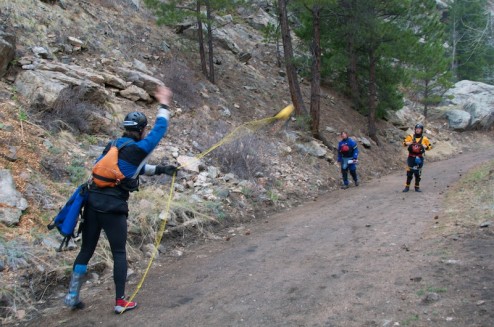 Then we did some rope practice in the river hauling in the instructors. Jake (the close thrower in the last picture) took over my camera at this point because he wasn't going to be scrambling about. 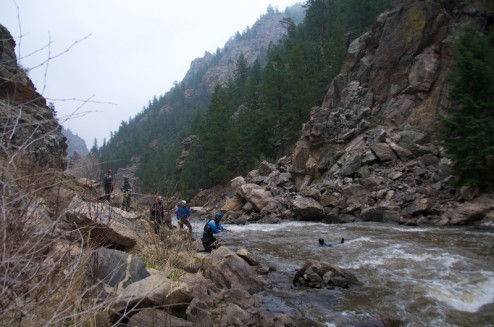 A couple other paddlers came through and played in the hole next to where we were practicing. 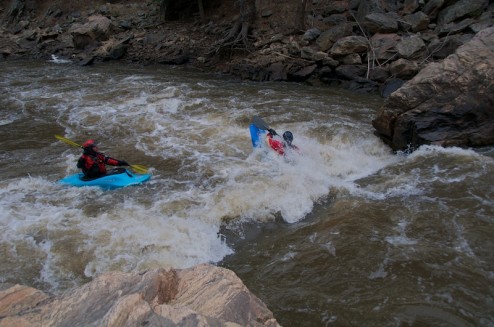 Then you can tell that Jake wasn't too enthusiastic about his situation by his next picture. 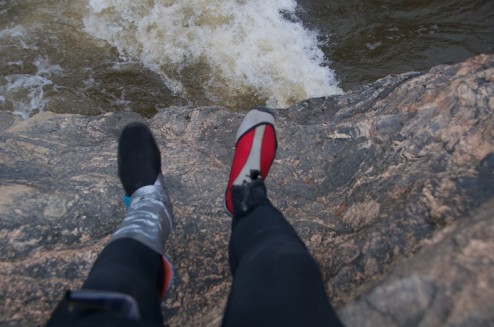 Thomas and the rest of us swam through the hole. 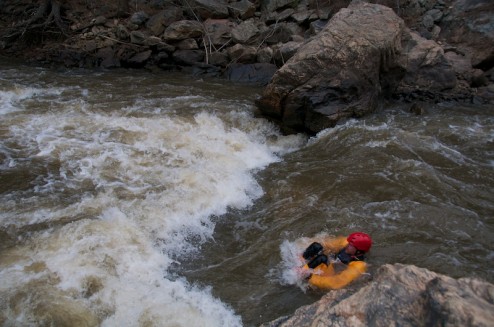 Then I got to practice being bag bait for Jeff. 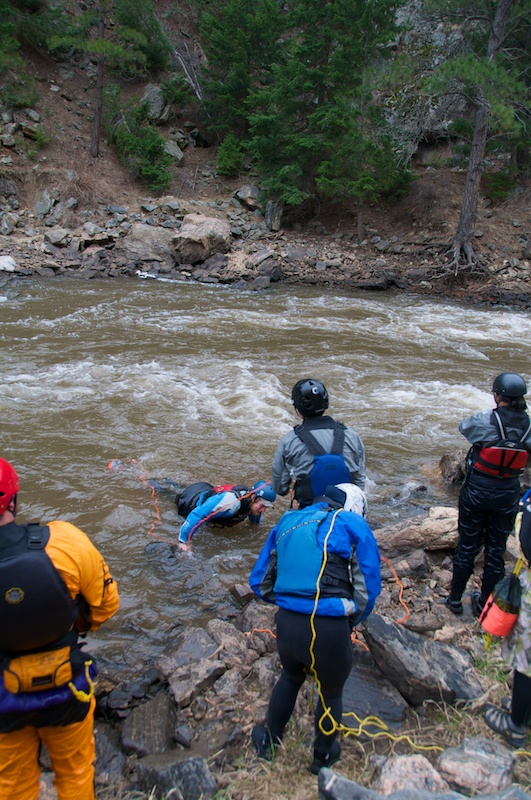 Jake followed that up by taking one of the better pictures of me. 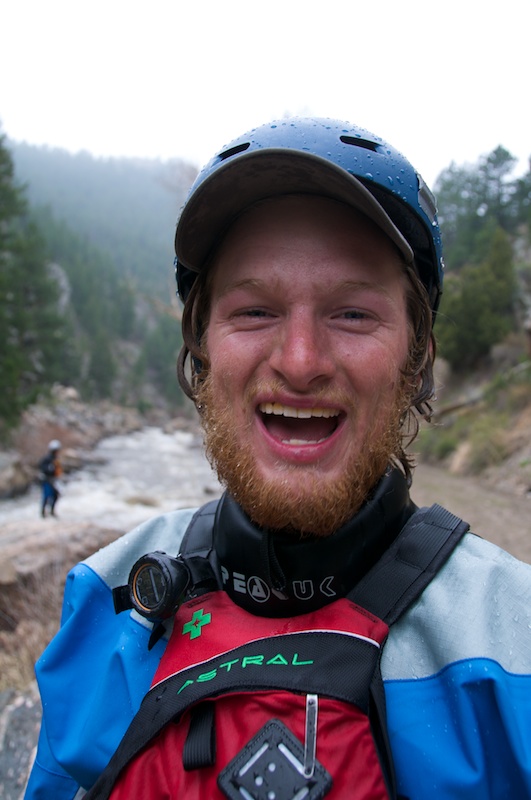 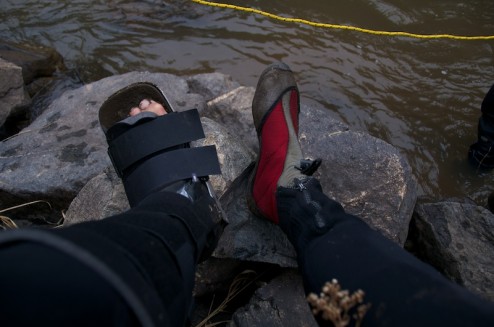 And, I hopped in the water again to snag another instructor.

All too soon it was the end of the day and at end of the weekend we found ourselves back in the parking lot where some serenading took place.