After not taking any pictures a couple of weekends ago at Smuggs despite it being some of the best powder skiing that I have ever had, I had to make up for it with ski pictures from this weekend.

This weekend began after finishing up writing comments for my study hall students on Friday (yes, our study hall students get grades and comments, in addition to their normal ones, not only that they get them every week too) I headed up to Portland for an Enter the Haggis concert with Andii. Thanks to WCLZ I had gotten some free tickets to the show, so I had some money so I could have something to eat. A late start from MA meant that I didn't have time to sit down and eat anywhere, which led to eating ice cream in the Hannaford parking lot and getting to see Julia while she was on her way to Vermont.

Anyways ETH put on a great show, and as Andii and I had some interest in trying to see the Northern Lights we decided to immediately drive North towards Saddleback. The forecast for both Friday and Saturday nights wasn't the best in that regard, but we might as well try. Well we didn't see the lights on our way up there, so after an hour of napping in the parking lot we geared up to skin up the mountain for sunrise.

First a couple of pictures of us and the moon as we got to the top of the T-Bar line. Notice posing for posterity. 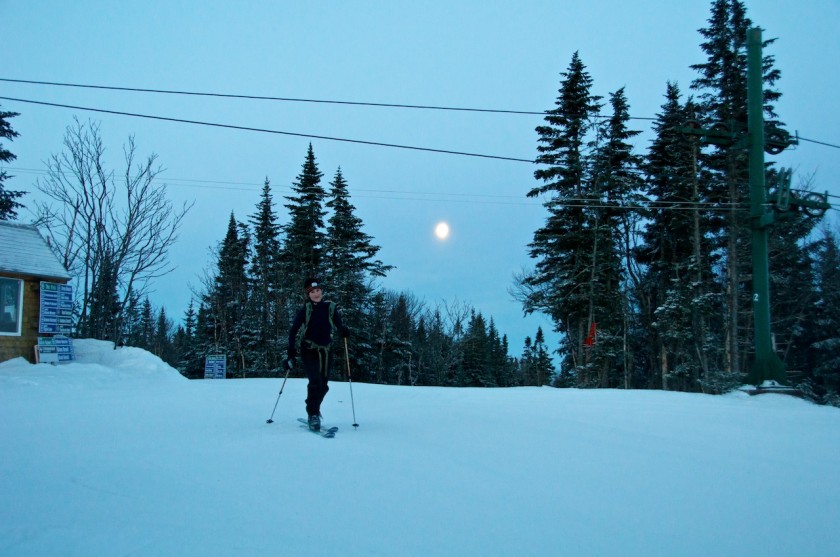 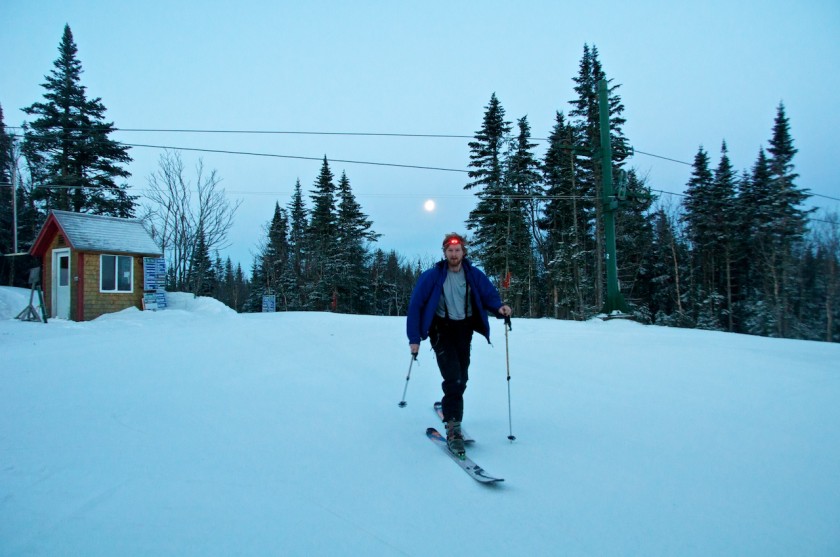 Andii makes it up to the top of the Rangeley Double as the ski starts to light up.

Somewhere along Tri-Color the landscape starts to take on some color. 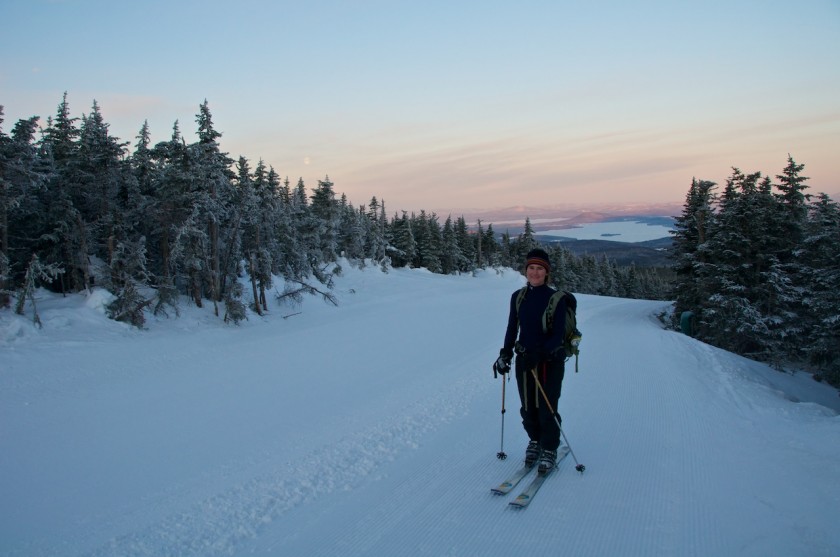 Looking out over the intersection of Tri-Color and Firefly

From the top of the Kennebago Quad Chair, Andii and I decided to hike up to the peak above the patrol shack, and then realized it wasn't too much further to the top of Saddleback itself, so we wandered on over. 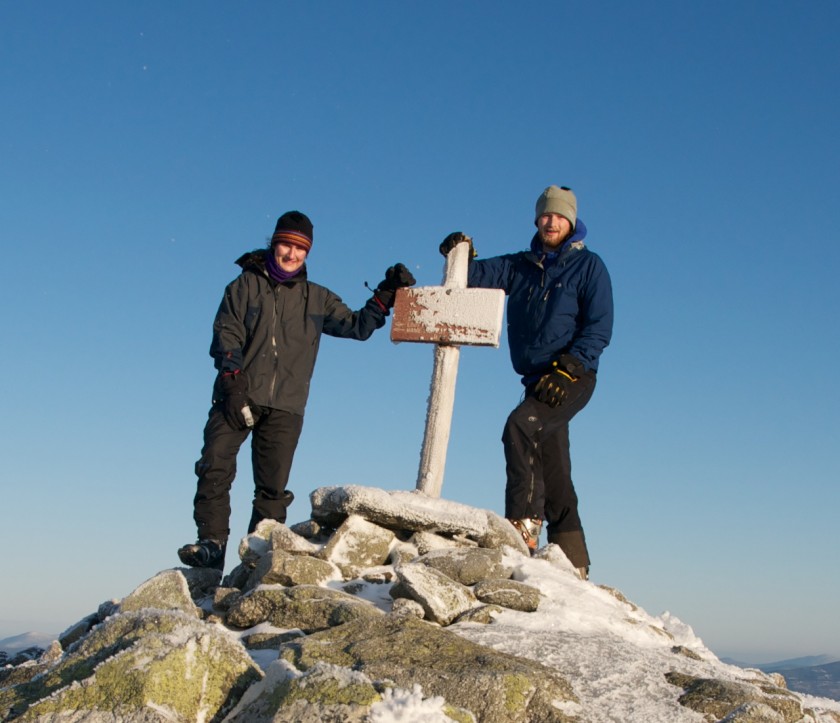 In this shot there should be the peak, 2 wind farms, Sugarloaf, the trails of Sunday River, Rumford and Sunday River Whitecaps, Old Speck and Grafton Notch, and the daydreams of other skiing to be done.

With the well polished, slick ice on the summit and several trails worth of cairns heading down, it was more dangerous walking back down to our skis than our hike up to the peak.

Despite some nice looking grooming the trails were rather hard, so hopefully they will survive the warmup this week, but it didn't make for the soft turns that I have been so far able to snag this winter. When we made it back to the base we decided to head into town to find something to eat before deciding what our game plan would be. After almost lapsing into a food coma with breakfast we came to the realization that we probably only had a few runs in us if we went back up for the telemark festival before we would have passed out somewhere random, so we meandered our way back down to Boothbay.

Boothbay was beautiful late April-ish conditions which led to sleeping bag assisted naps in the adirondack chairs before some live music and dinner at McSeaguls. Afterwards we decided to take advantage of ETH being in the Boothbay Opera House, so we walked down the road to find that Adam Ezra Group was just starting to open the show (which led to the second live rendition of Wagon Wheel that evening). The Opera House is such a sweet old building to see anything live in.