Quite an office view these guys have

For most hikers (including us) a boat ride is the way to reach the West side of the park. There are two different options, one that takes you up Lago Gray where the glacier is, and the other takes you along Lago Pahoe and can run in higher winds, so we chose to travel with them. Plus it's a good ride if you just want to take photos of the park.

Even the view from inside the catamaran is good. 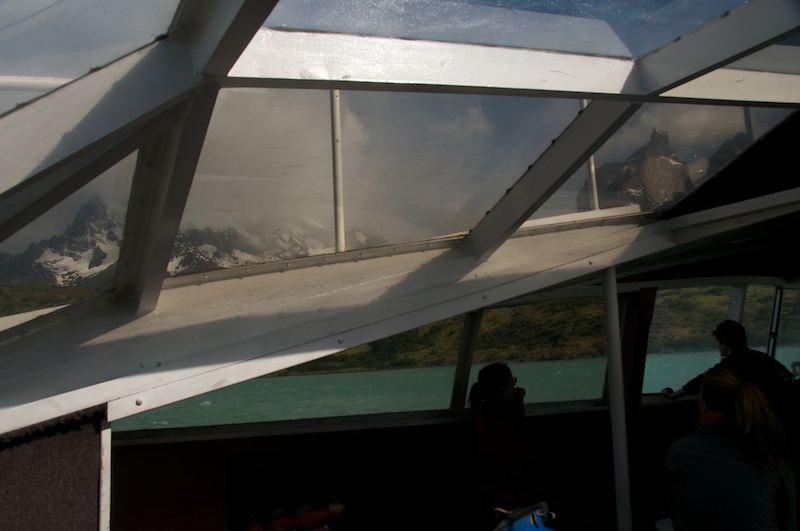 But up on deck the view is even better. 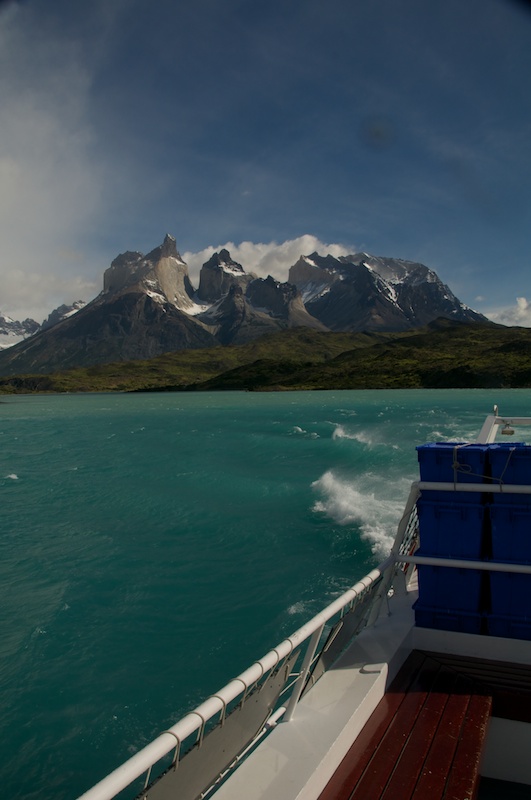 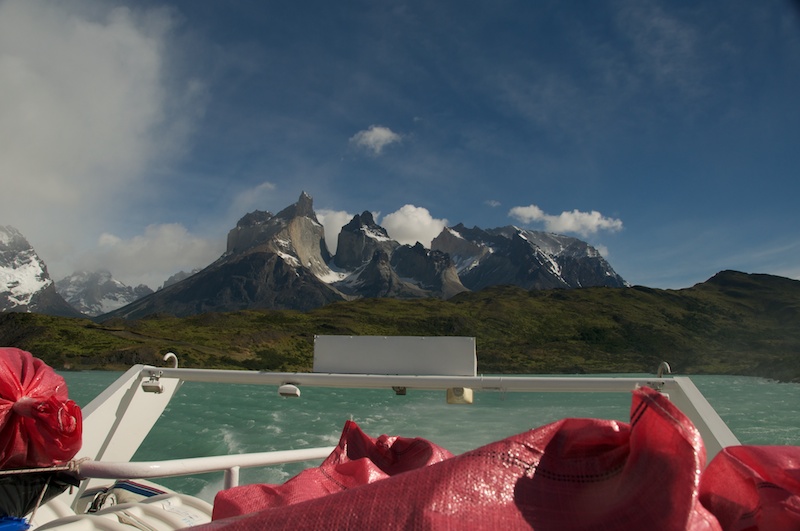 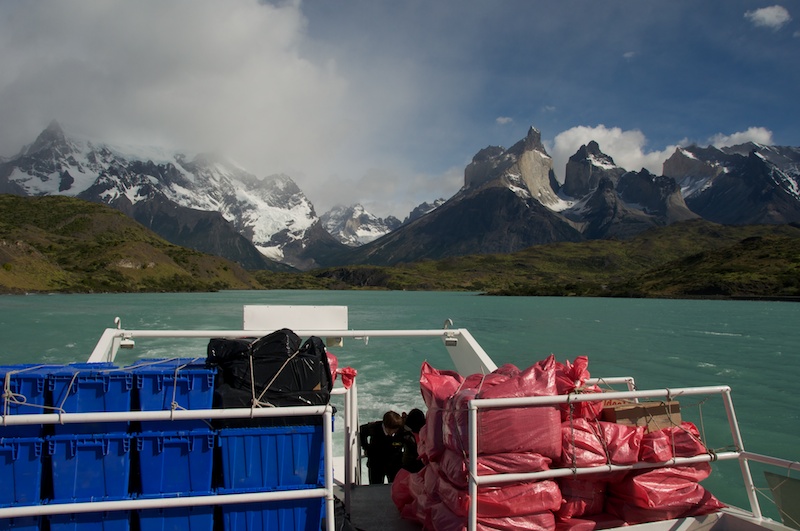 Charlie may or may not have gotten a chance to take the helm. 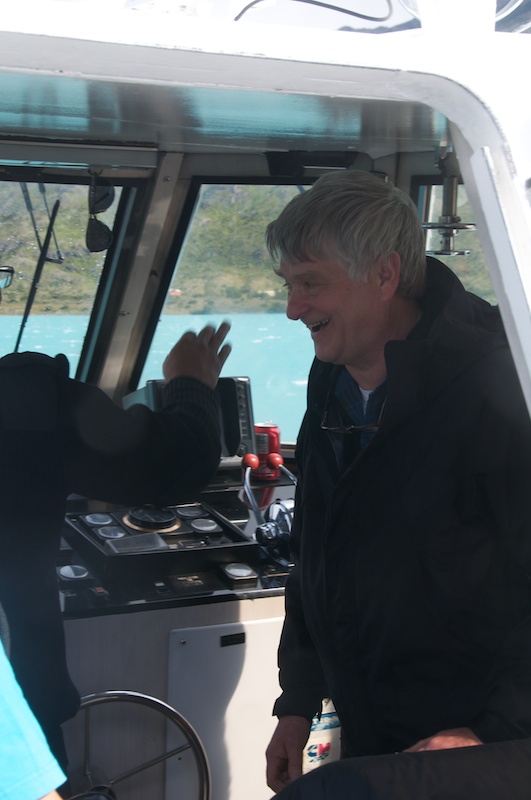 At the top of the pass between the two lakes we got our first glance at some icebergs floating on Lago Gray. 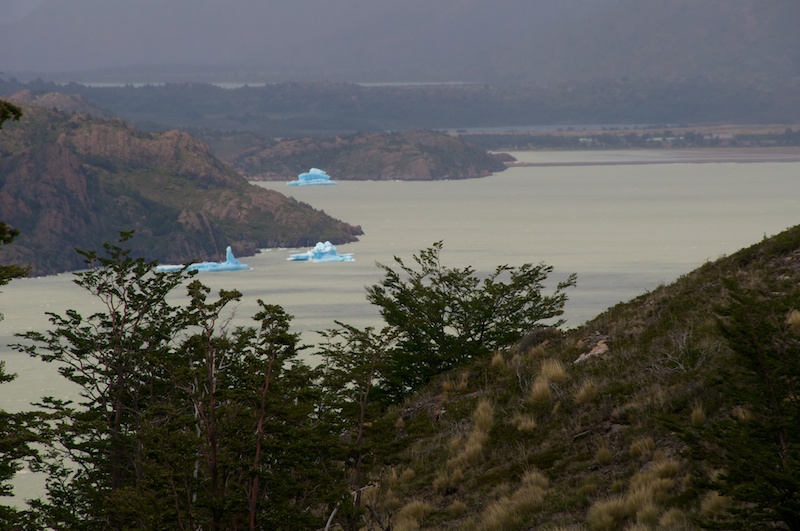 And then further around the corner we discovered some wind and rain. Oh, and there was also this glacier thing too. 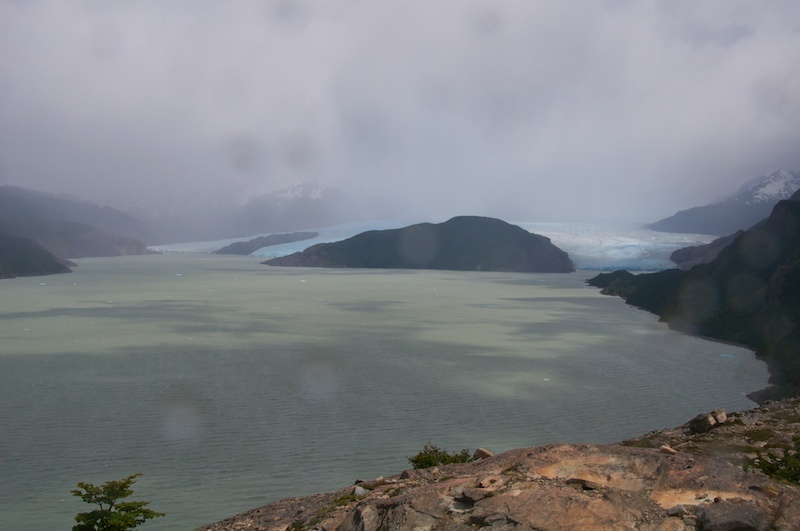 Eventually another hour or so later we found a lookout (near the refugio that Charlie wanted nothing to do with) and had a quick break. 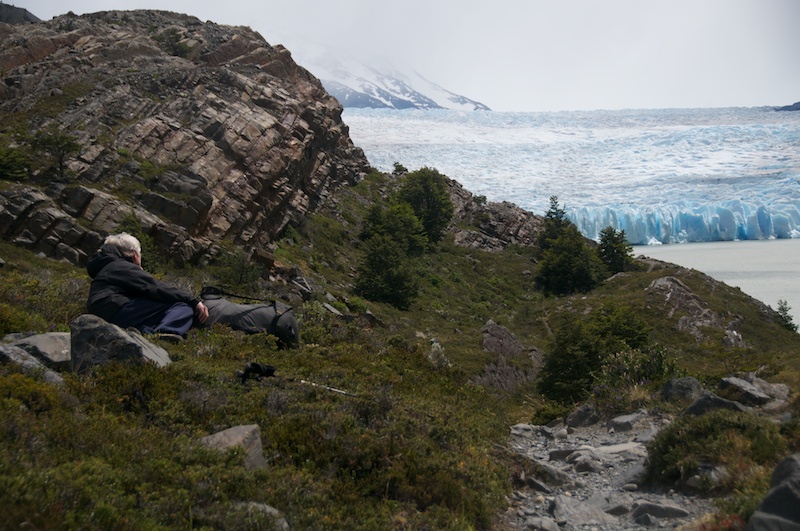 We hiked a bit further, and eventually found a place to camp that was a bit calmer and had nice access to water. Not to mention an amazing view down below.

The next day we got up for Christmas, and while Charlie took some tree cores for dendrocronology (dating stuff with trees) I found some boulders on the moraines that had a certain species of lichen that grows at known rate for lichemetry (not Lycanemetry, the dating of stuff using werewolves...) and found some glacial striations. Glacial striations are basically scratches on bedrock from the glacier moving over or along. It's kinda like the screen of your phone getting scratched by your keys, only in one direction and many, many scratches over a long time. 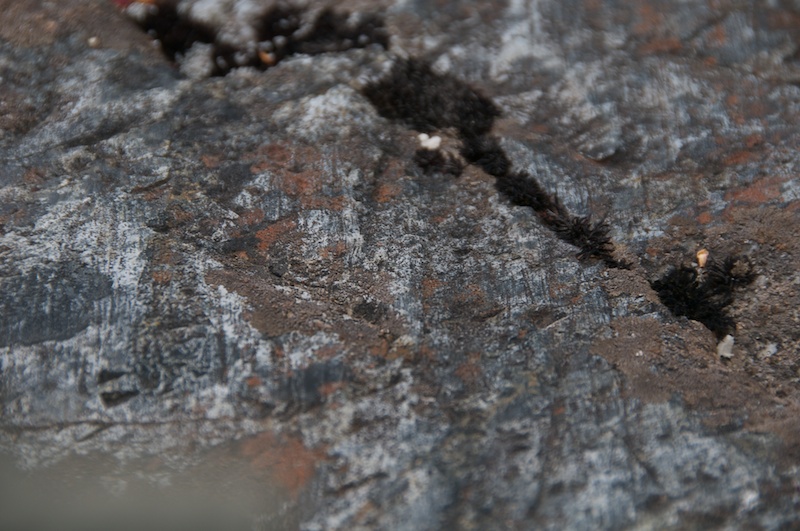 Also found what could be a very cool ski line if it wasn't ridiculously hard to access. 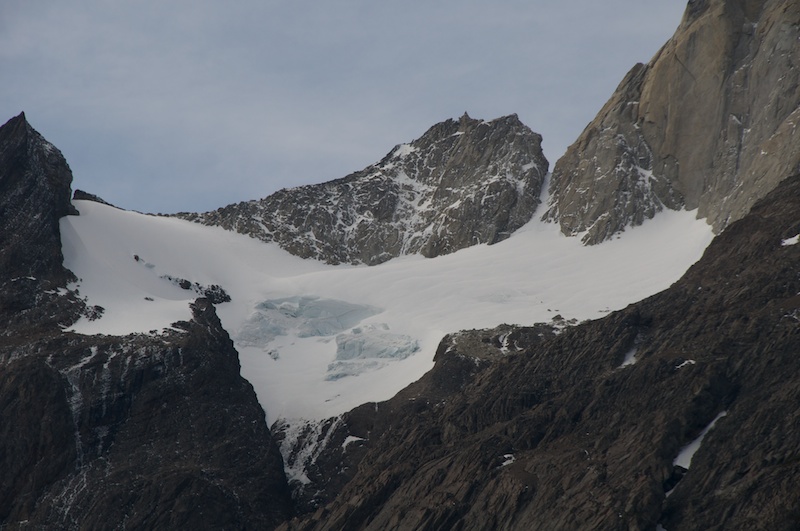 I managed to make it most of the way back to camp before my first gear casualty (and realistically gear fatality, they are pretty hard to repair to the safe level for puttering about mountains and boats) 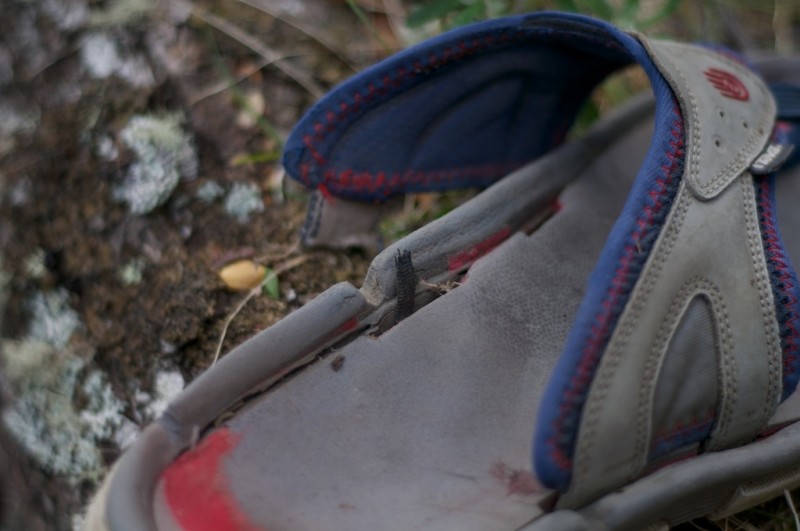 Another view from the creek part next to the campsite. 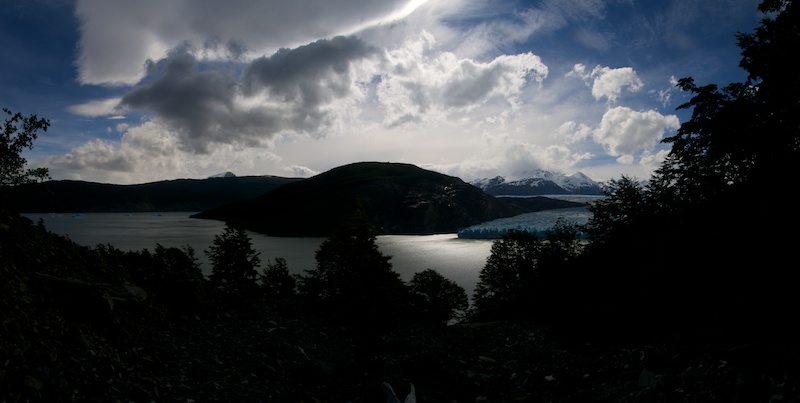 Then I hiked up the creek, and after a little scrambling past the small waterfalls, I found a taller one. It's a waterfall, it requires a couple of photos. 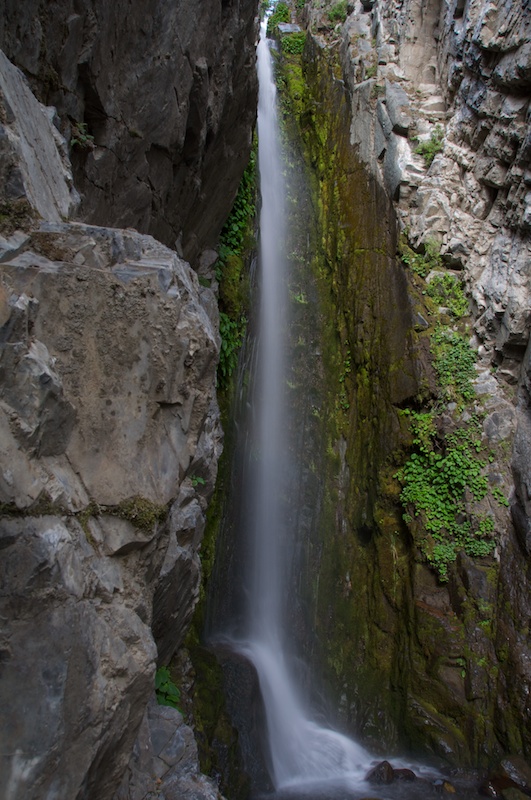 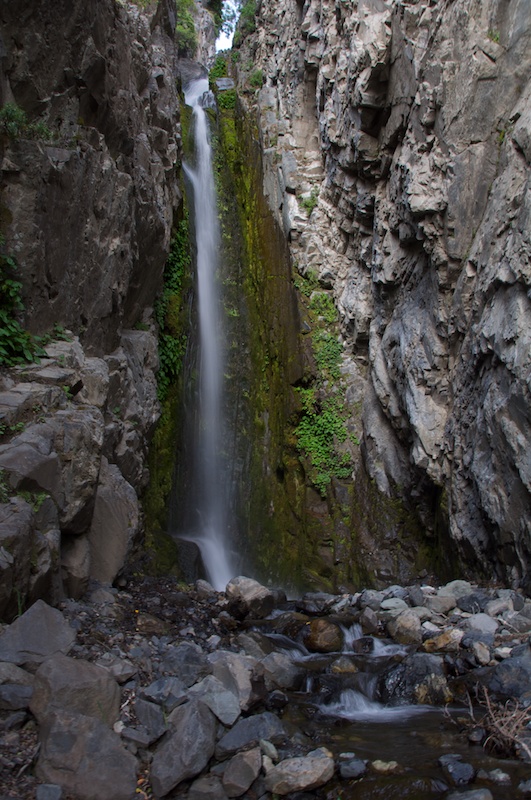 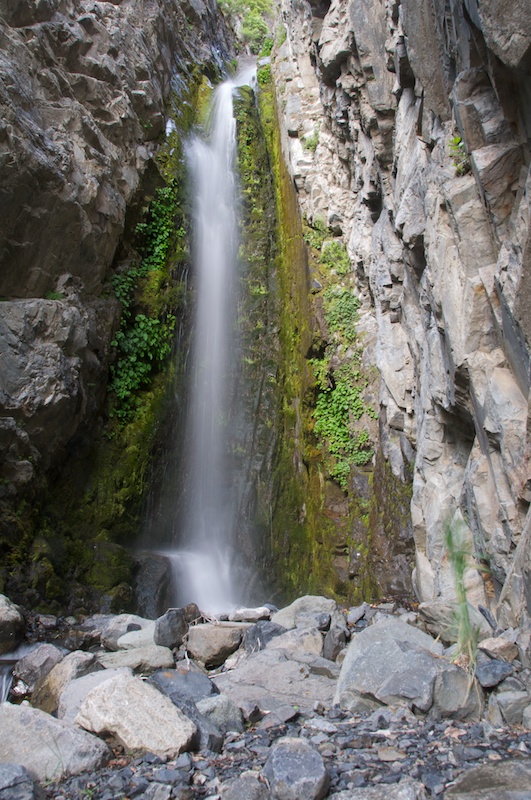 If there is anything wrong about long exposure water shots, I don't want to hear about it. 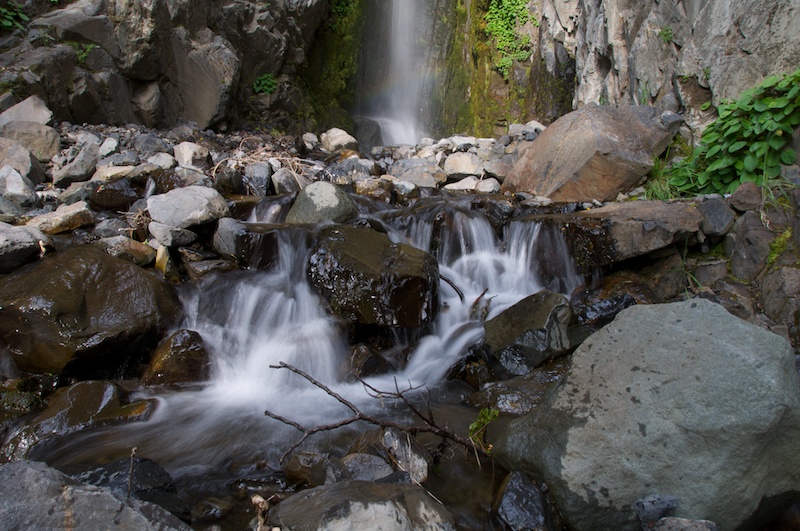 Spent another night at our hidden campsite, before heading out to find more lichen (yes, I know I have no pictures of the lichen) and striations. 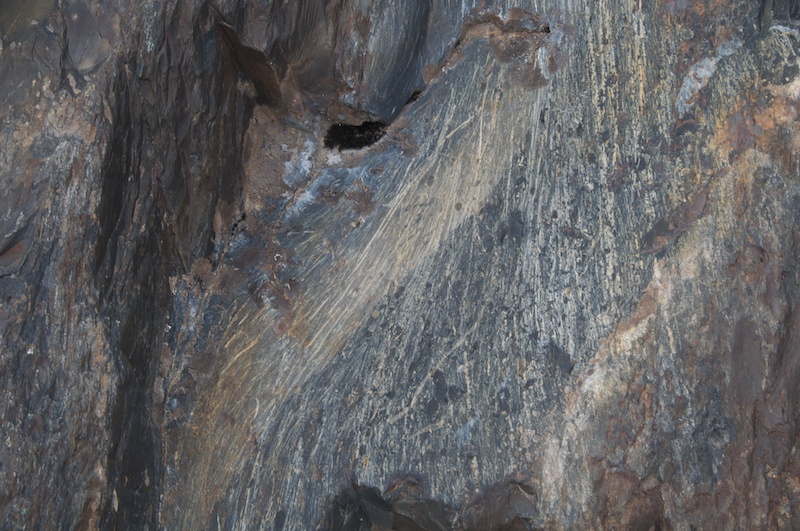 It's not my fault - I didn't squish the rocks. 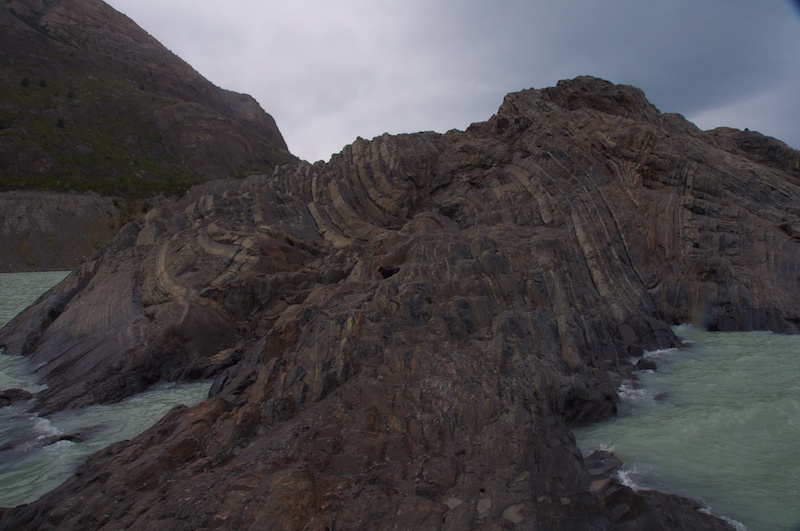 It started raining, and with how small the drainage is for the creek it came up so I had to take some more pictures of it. 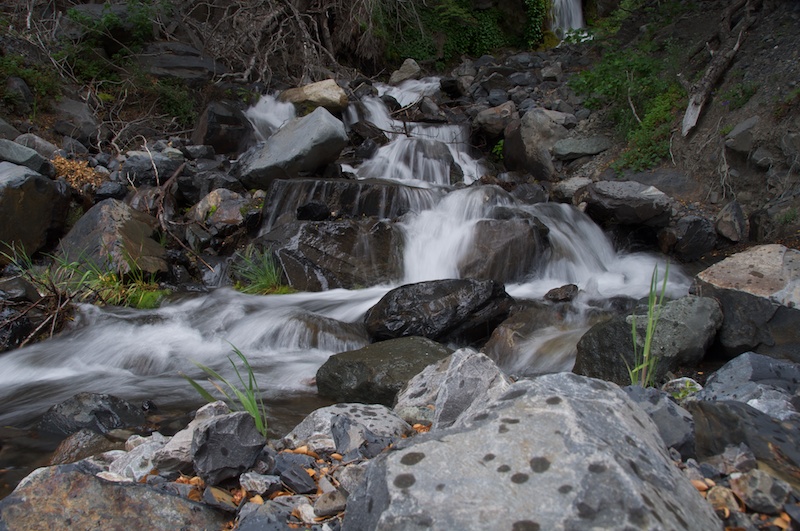 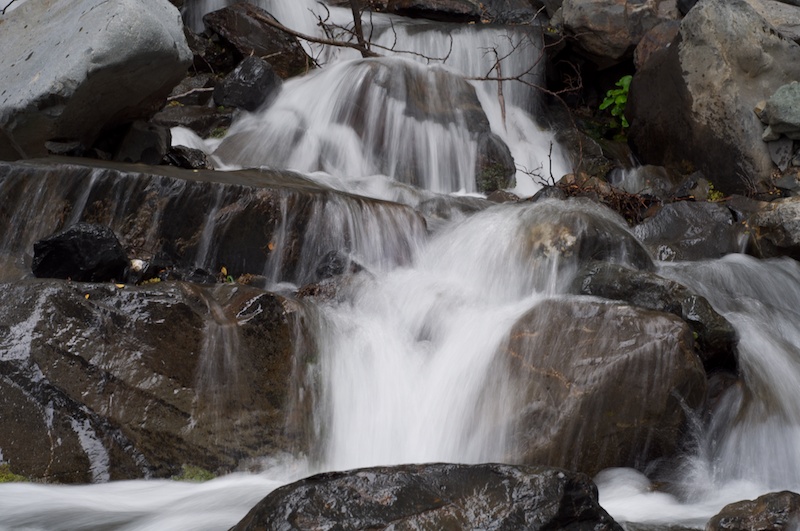 Then we spent another night, and despite having breakfast for dinner and getting going before breakfast was considered we hiked out on the 27th. The peaks were coated with rime from moisture the night before. This is considered the dry side of the range, so it was just a light coating. 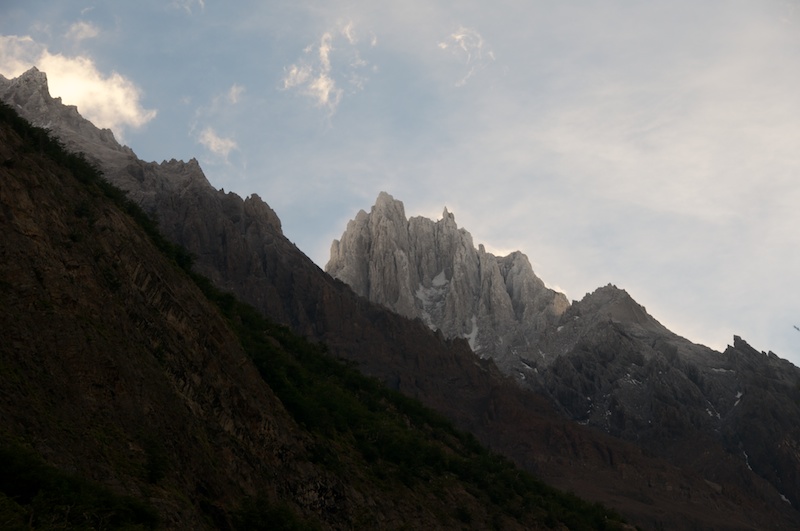 The creek alongside the trail had also come up and has some nice looking water in it. The top falls is probably not runnable though. 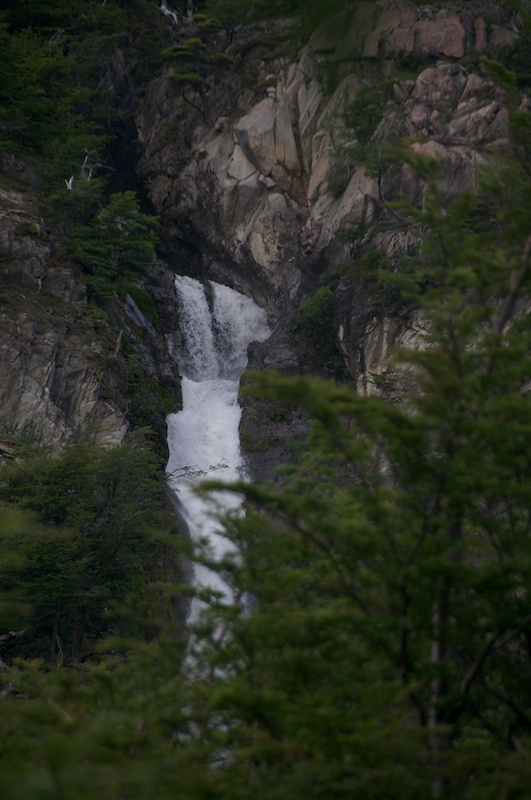 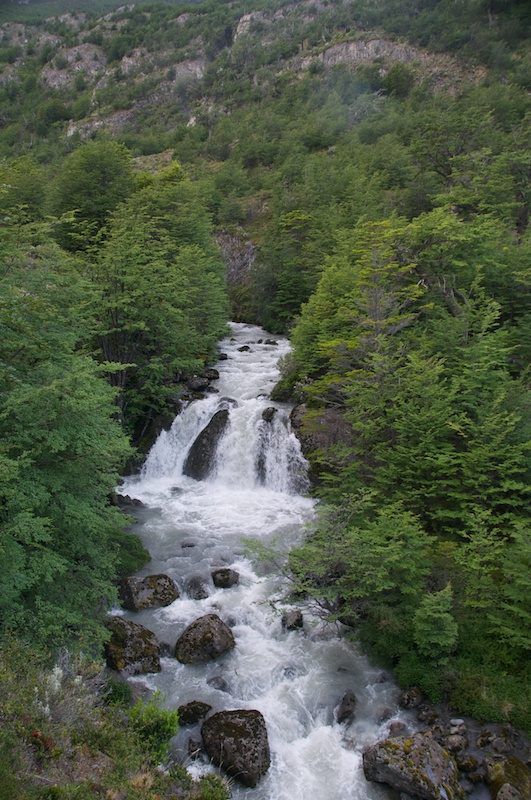 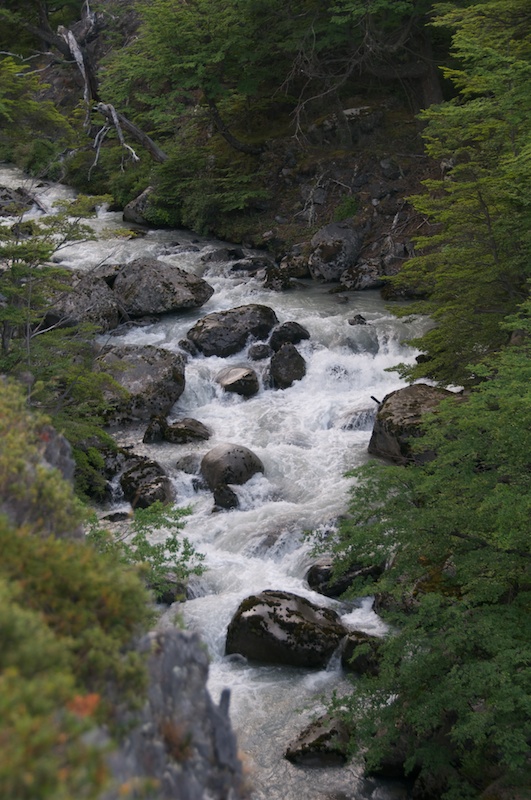 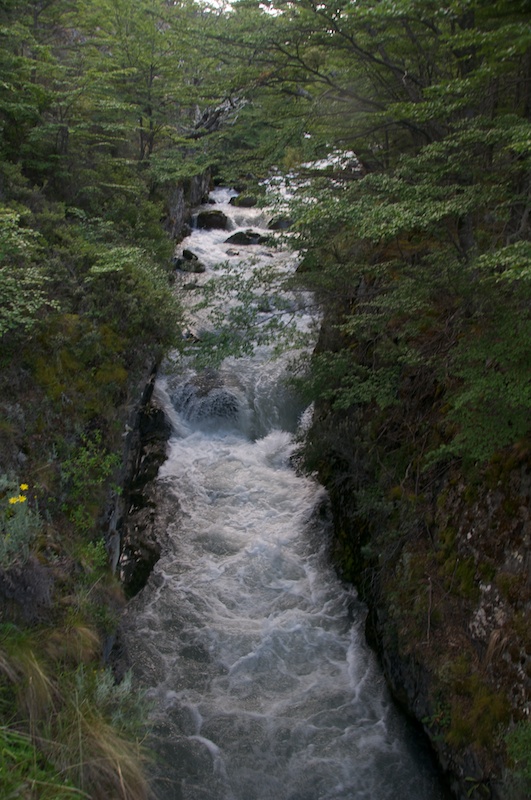 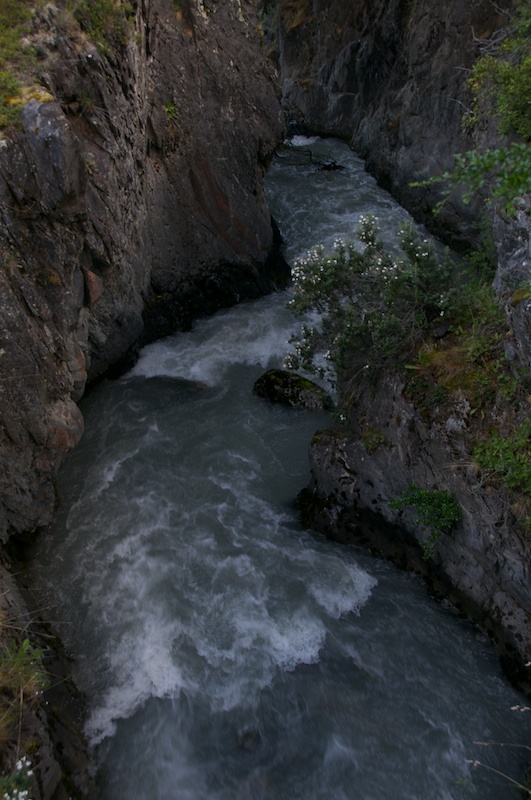 Soon we had one last look at the Southern Ice Field (for now) and we managed to leave despite rather high winds (90+ kph measured on the slightly more sheltered side). 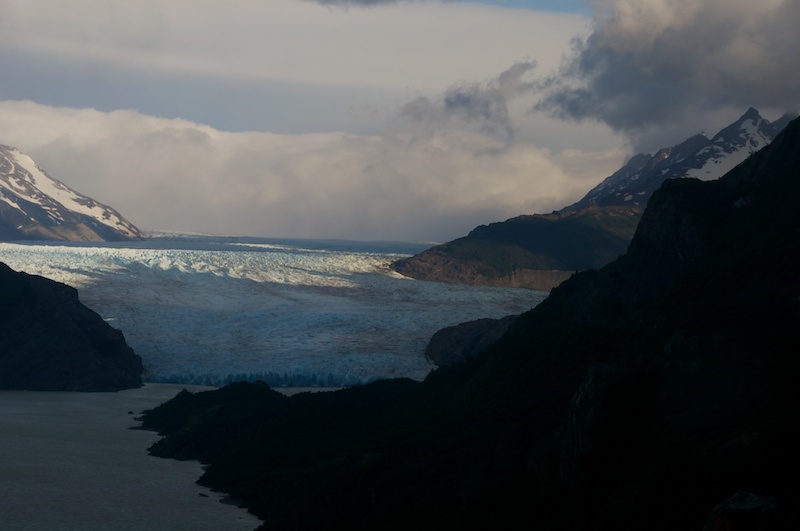 And nearly as quick it seemed that we had our last glance at Torres del Paine. 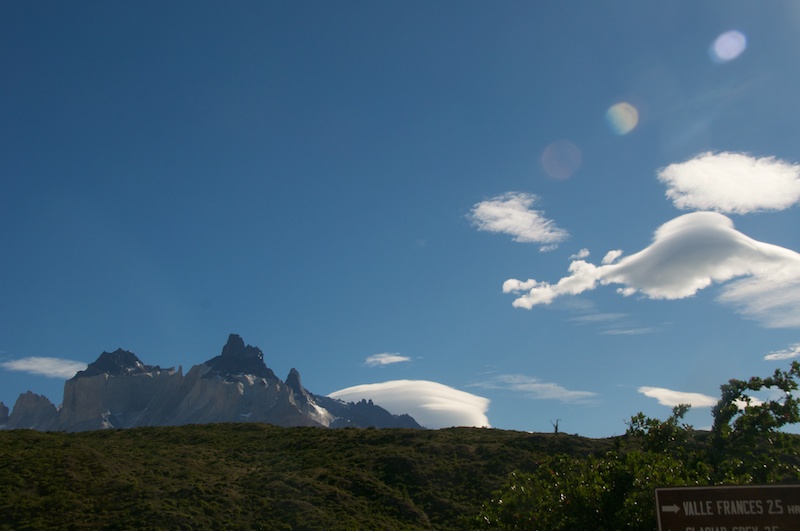 Now I'm back down in Punta Arenas as we do some more supply work before heading down to Puerto Williams and the boat. Anyone got any good and relatively easy recipes to share that I could cook aboard?