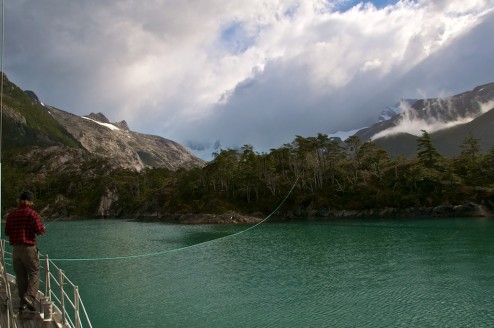 I had to take a couple of photos of our anchorage while we were getting the zodiac ready. 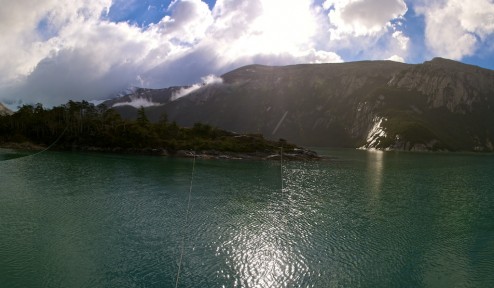 The mountains rise up so sharply from out anchorage that I had to take a panorama because I don't have a wide enough lens! 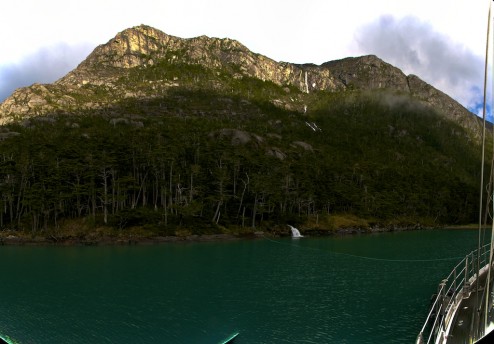 The clouds were nicely lit up on the far side of the fjord. 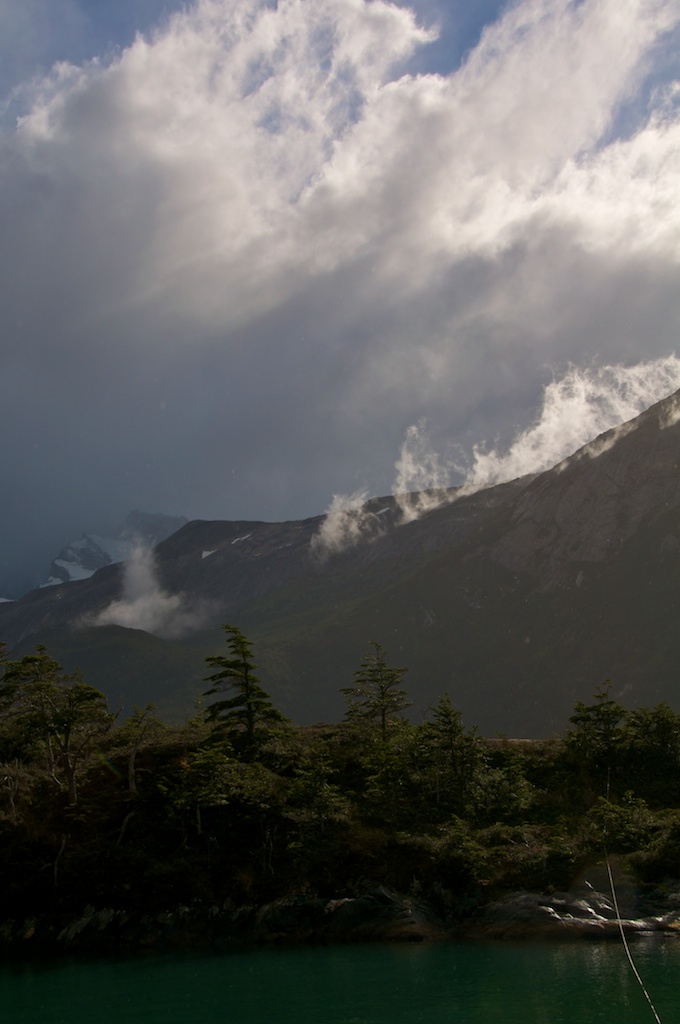 We found a nice section for Per, one of the Swedish geologists aboard, to settle into while a couple of us went on a hike to look at a few terraces. 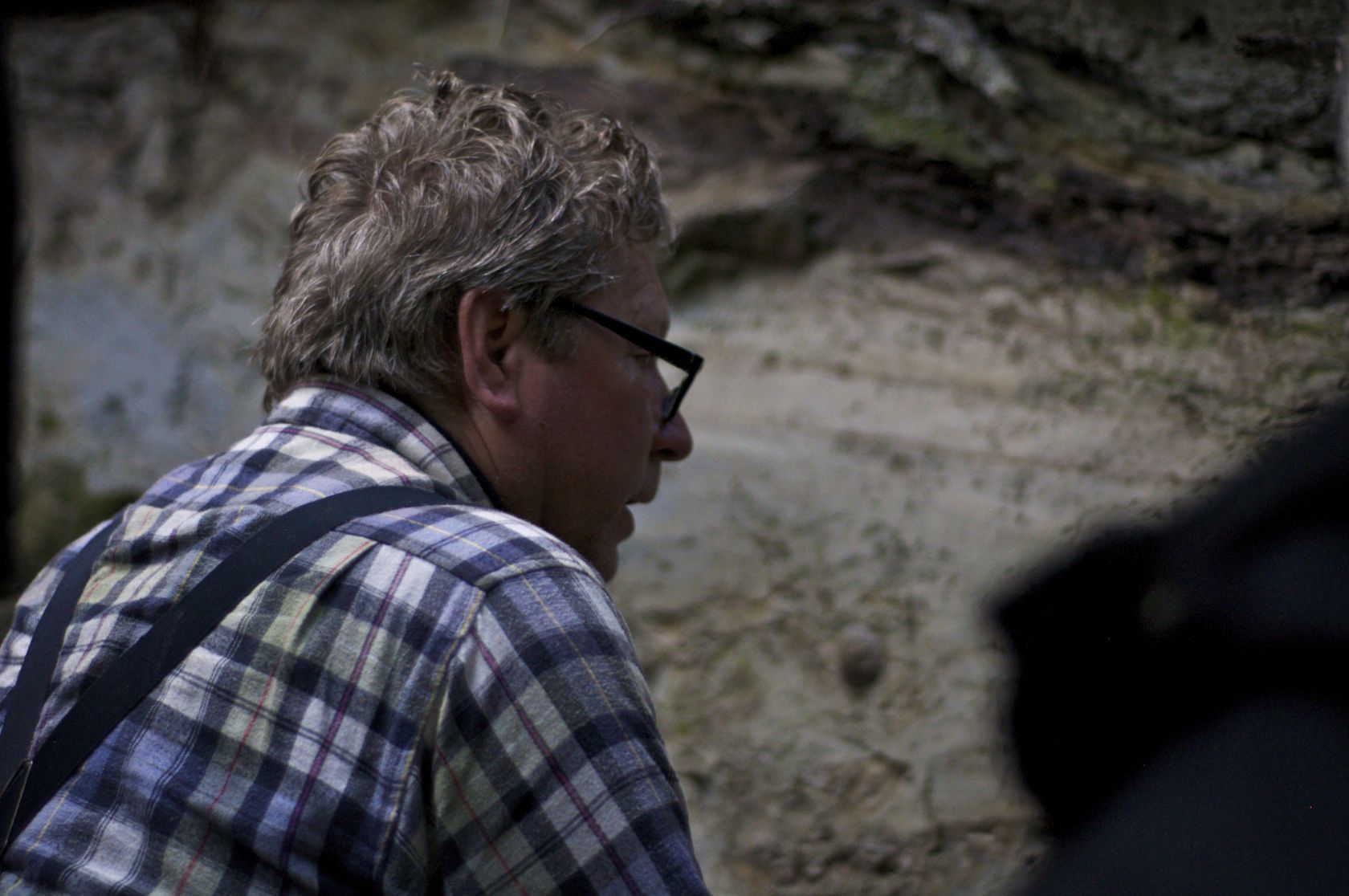 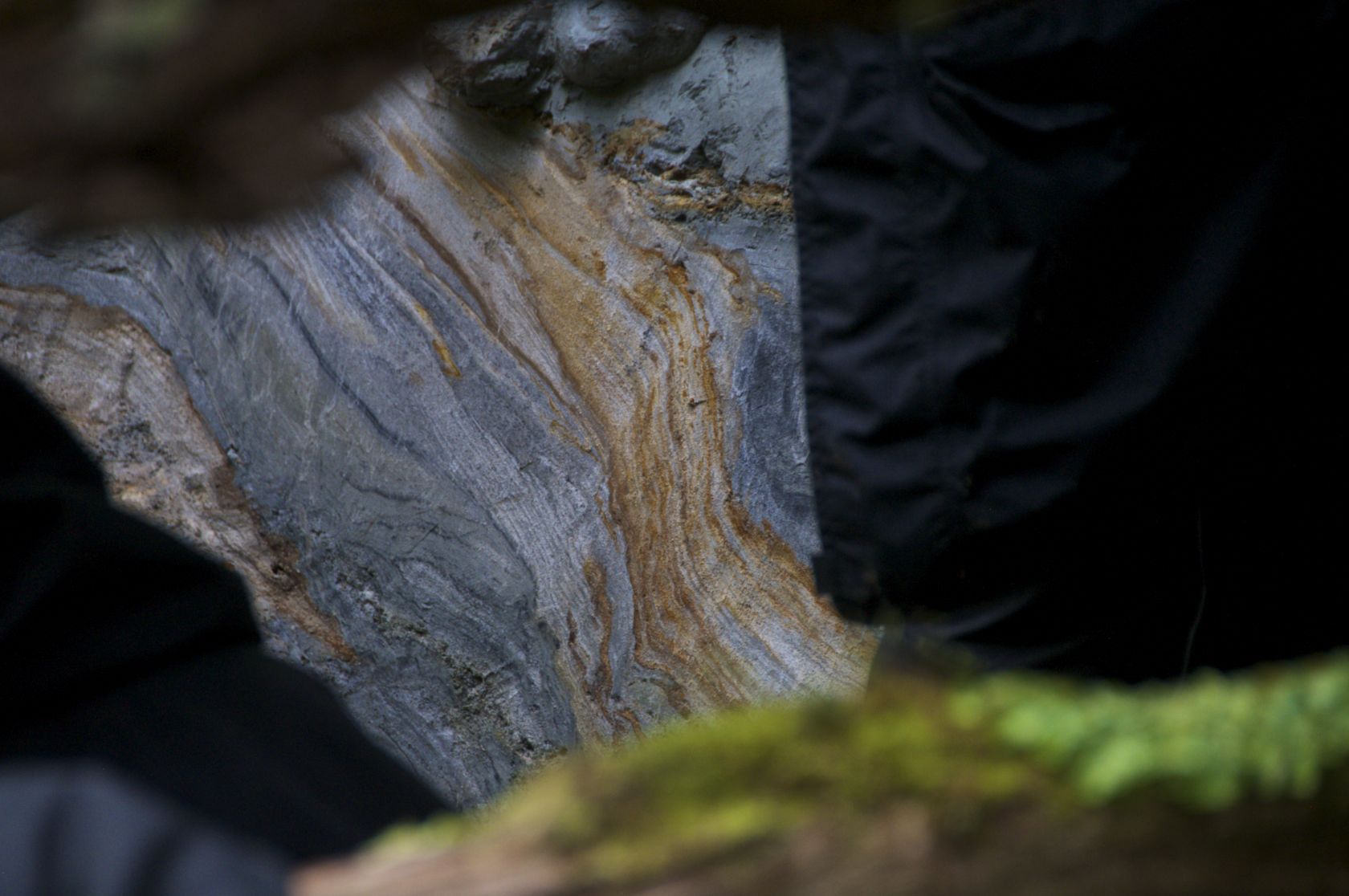 Eventually we had a slightly soggy ride back to our anchorage. 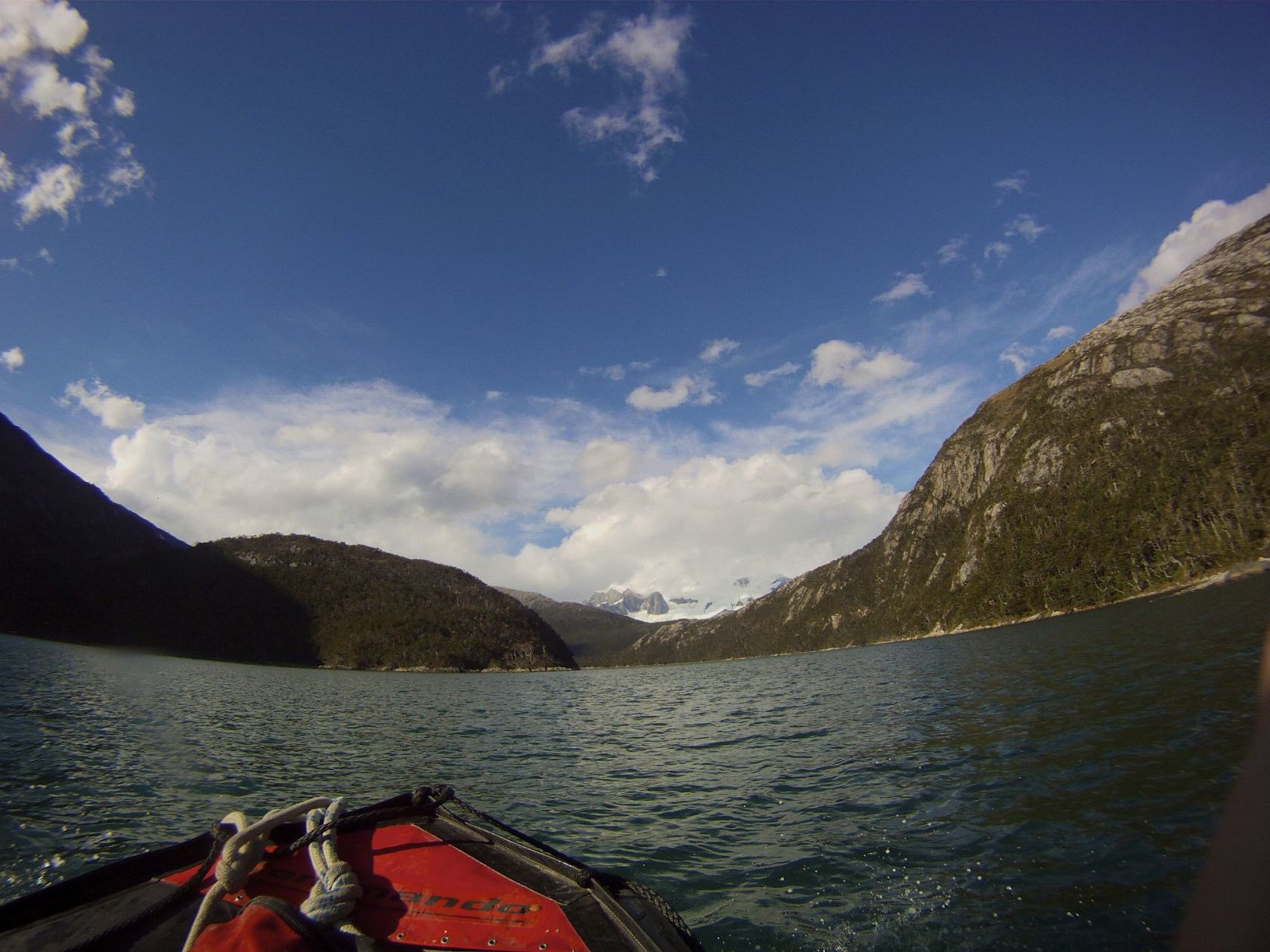 On the 10th there was an attempt for an early morning zodiac trip up to the glacier for the visiting Swedish scientist that came back slightly wet from an encounter with ice, so we packed up and headed for Caleta Olla.

We saw quite a few glaciers along the way. 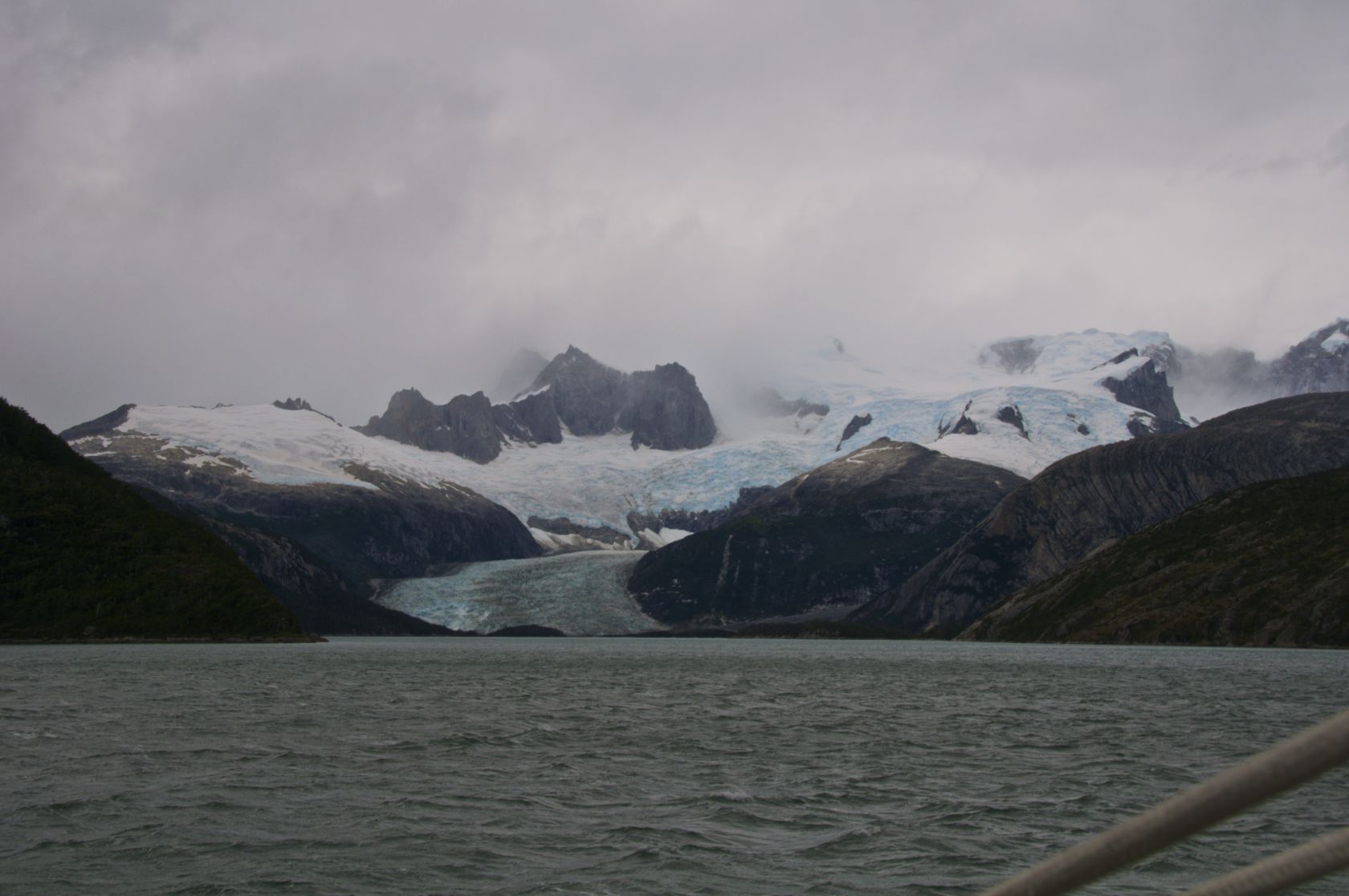 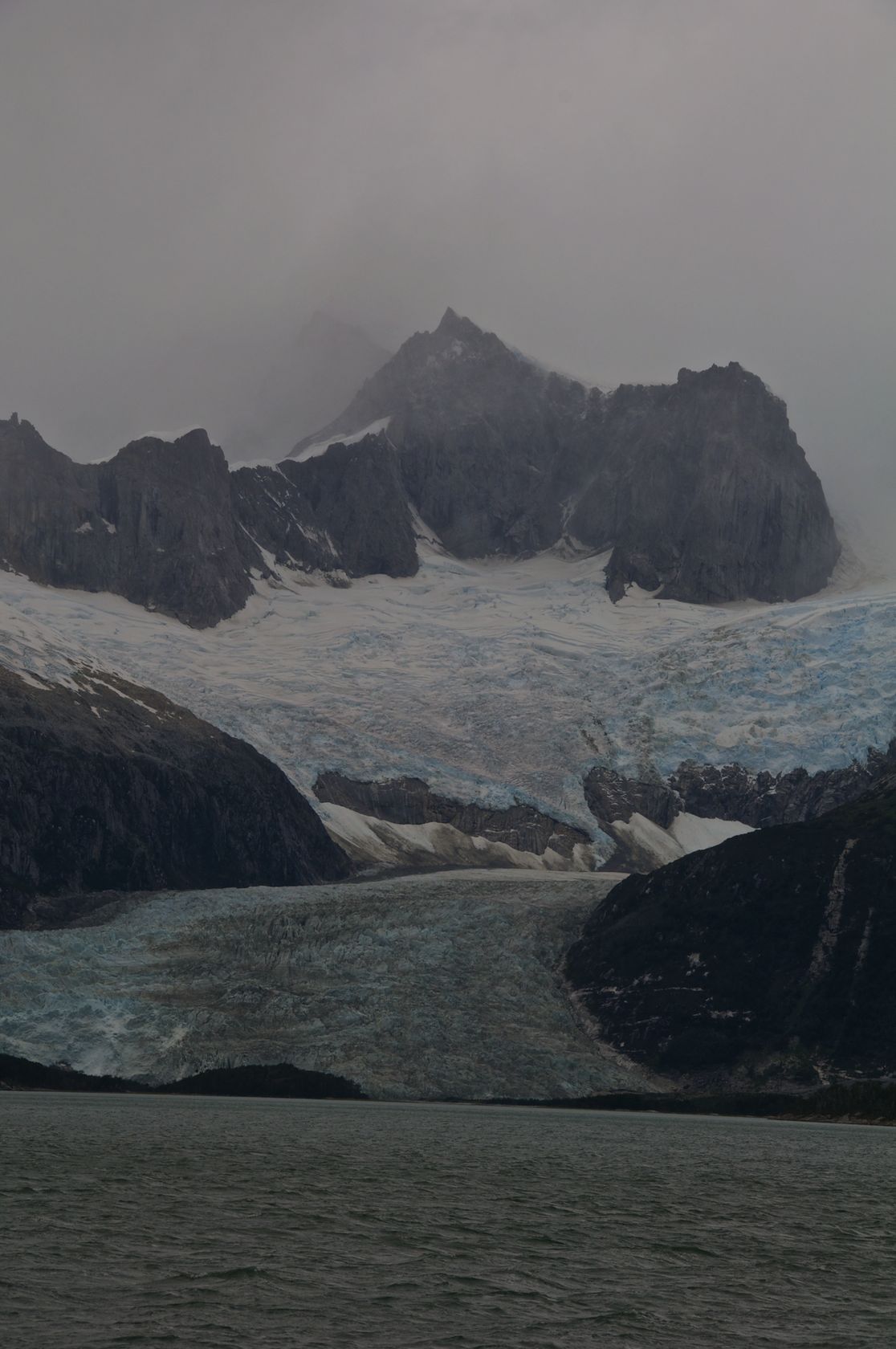 We eventually came across a glacier that terminated at the top of a cliff and had a waterfall all the way to the sea. 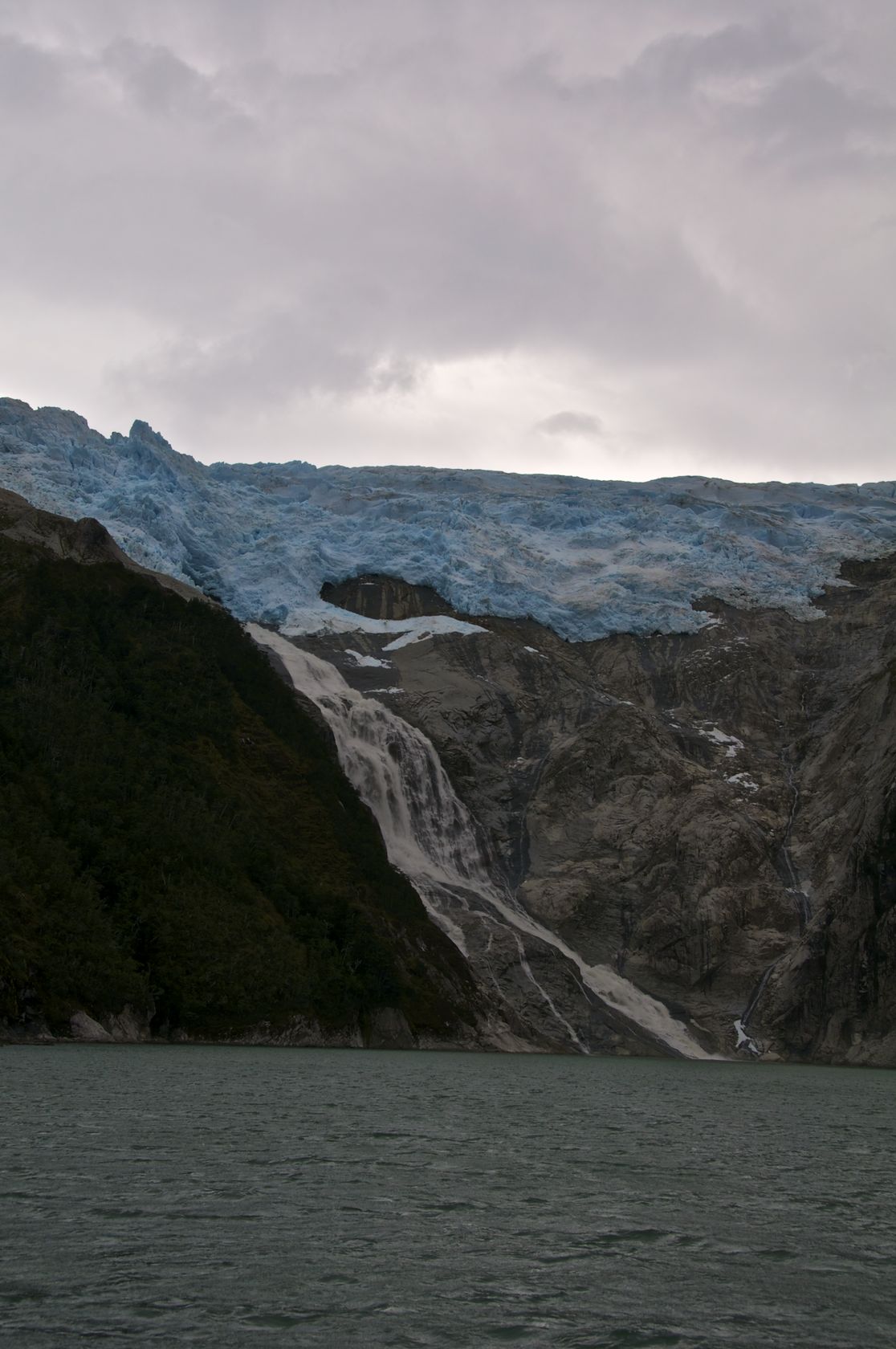 I ended up making a 800+ MB stitch though it's largely blank space. The real question though is if my buddies David or Eli could paddle the bottom section? 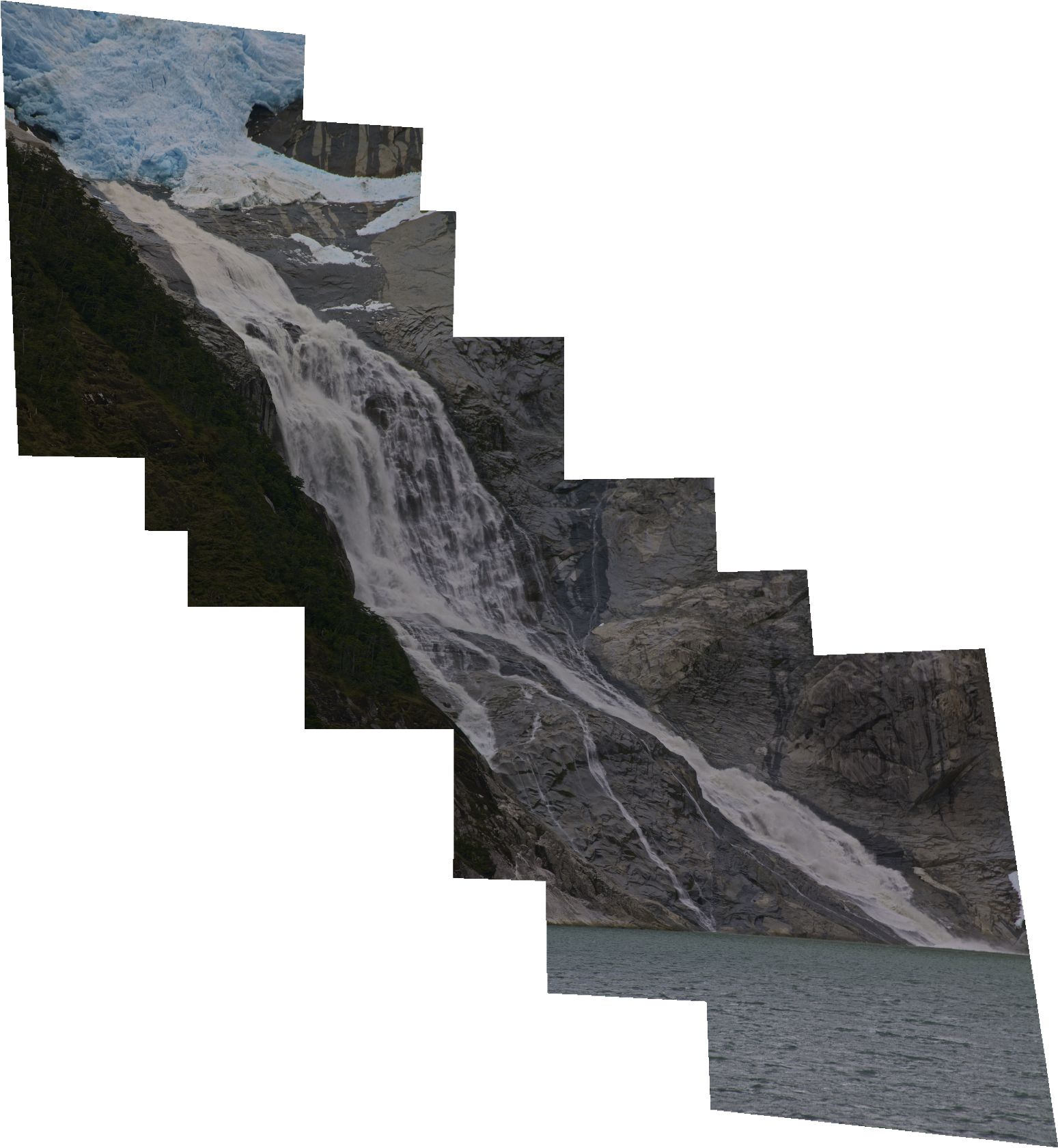 Later in the afternoon we arrived in Caleta Olla where we had some homo sapiens for neighbors for the first time.