Well, mainly motoring as we traveled to Bahia Pia. but there was a short segment of sailing involved.

First we had to leave our nice anchorage in Estero Fouque which is a little bit more complicated than just pulling up the anchor. Anchoring in the Patagonian fjords (and apparently most fjords) involves multiple lines tied off to shore in addition to a large anchor down. We started our stay in Estero Fouque with 4 lines, but we added a 5th, and in Bahia Pia we started with 5 lines and have moved to 6! 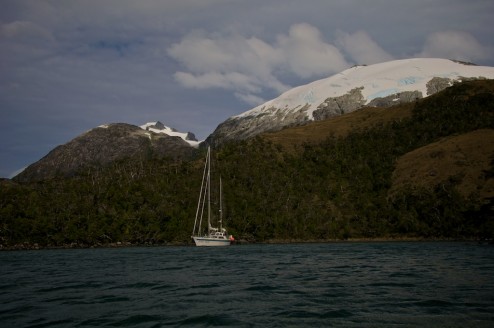 We had a few nice glacier views along our way. 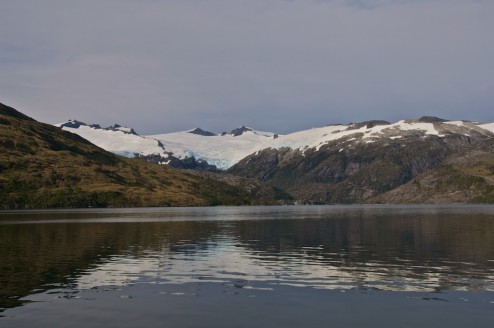 And a lot of waterfalls that I obviously took pictures of. 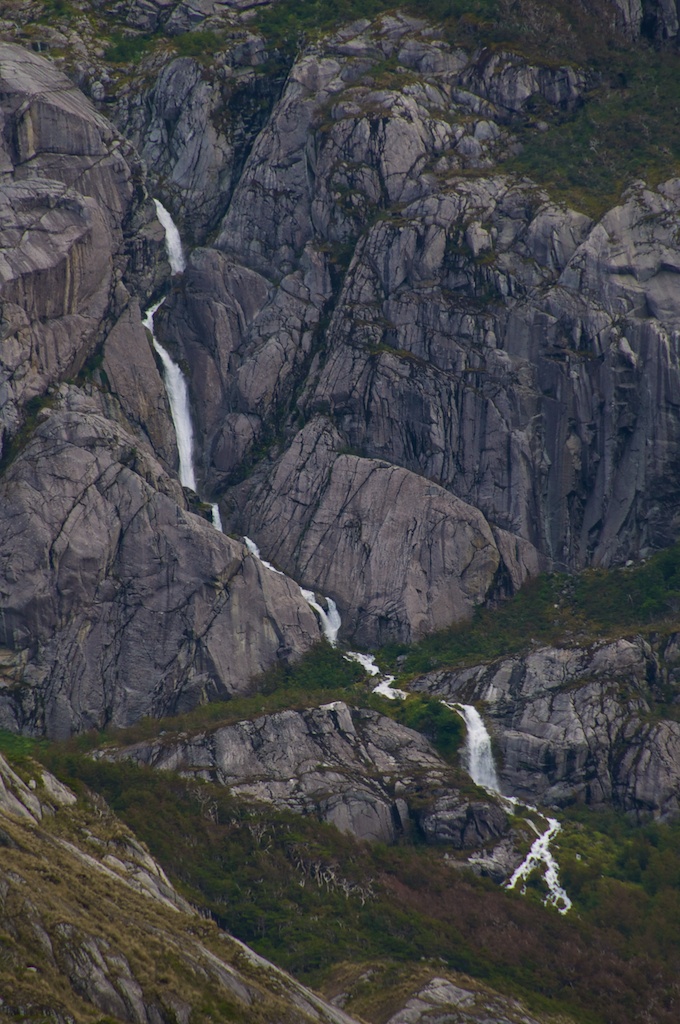 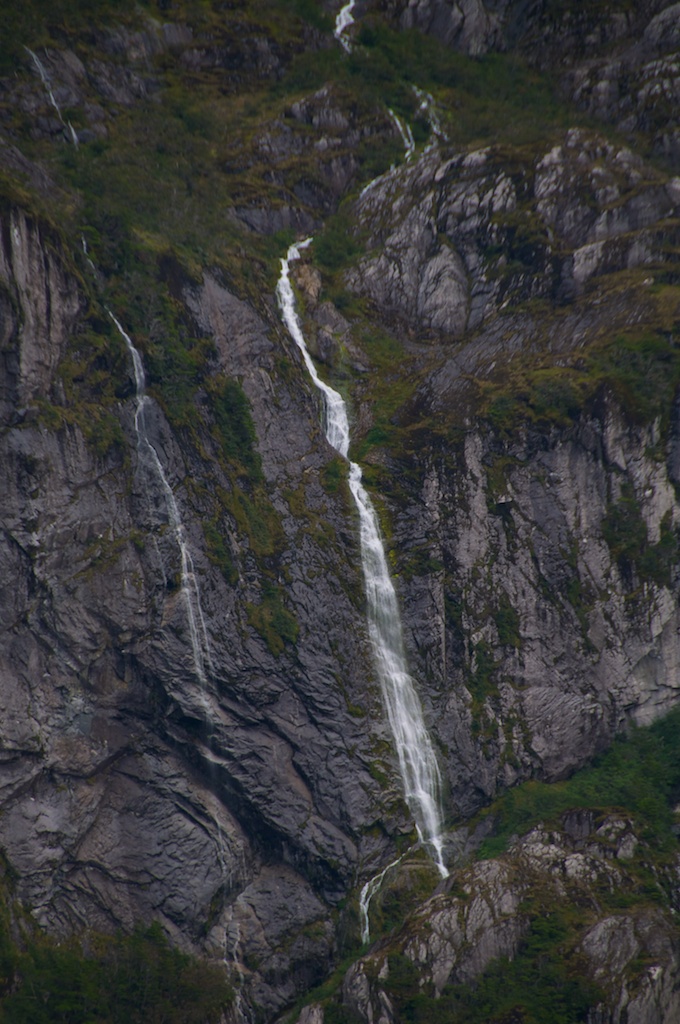 We had some really interesting light in the channels while we traveled west. Despite getting off early and shooting this picture around noon there were clouds over the channels that blocked direct sun. It looked like we had a sunset at lunchtime both to the East and West. 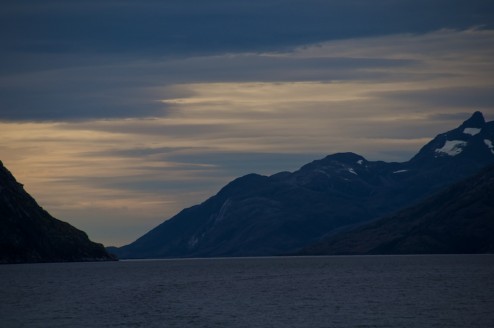 We encountered heavy traffic for the fjords (we saw someone else...) 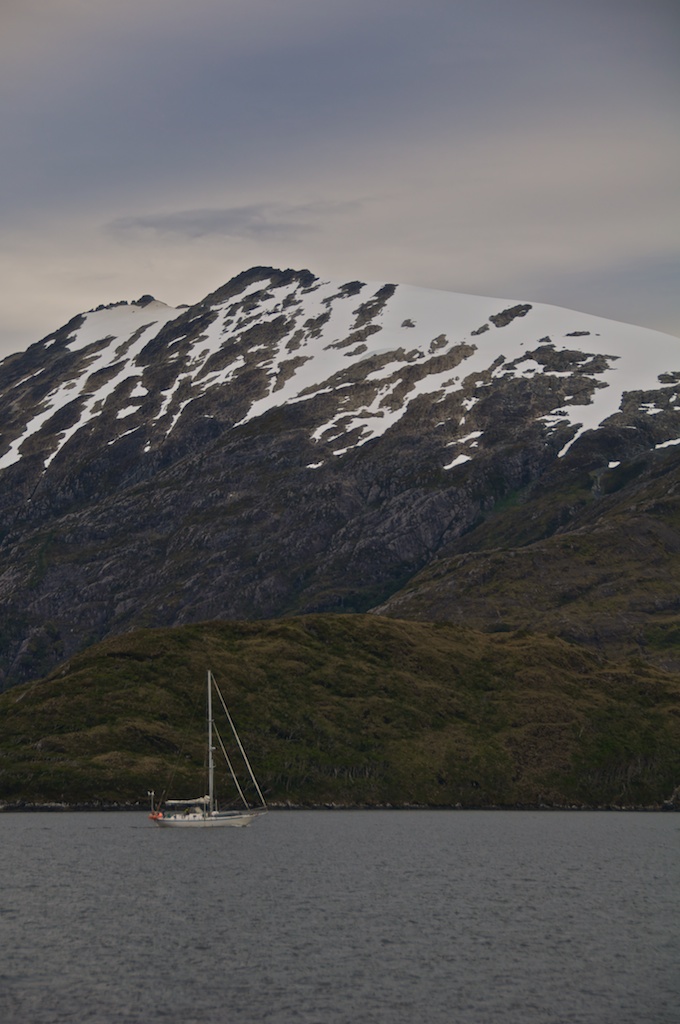 We made a detour into check out a couple of glaciers, and I saw what might be a slightly more promising looking river. 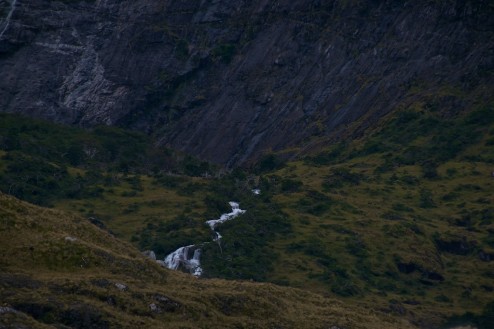 Though the headwaters could be quite an interesting paddle. I saw some sort of blowout occur in the channel under the snow and a sudden surge of water travel down the falls, but it quickly calmed back down. 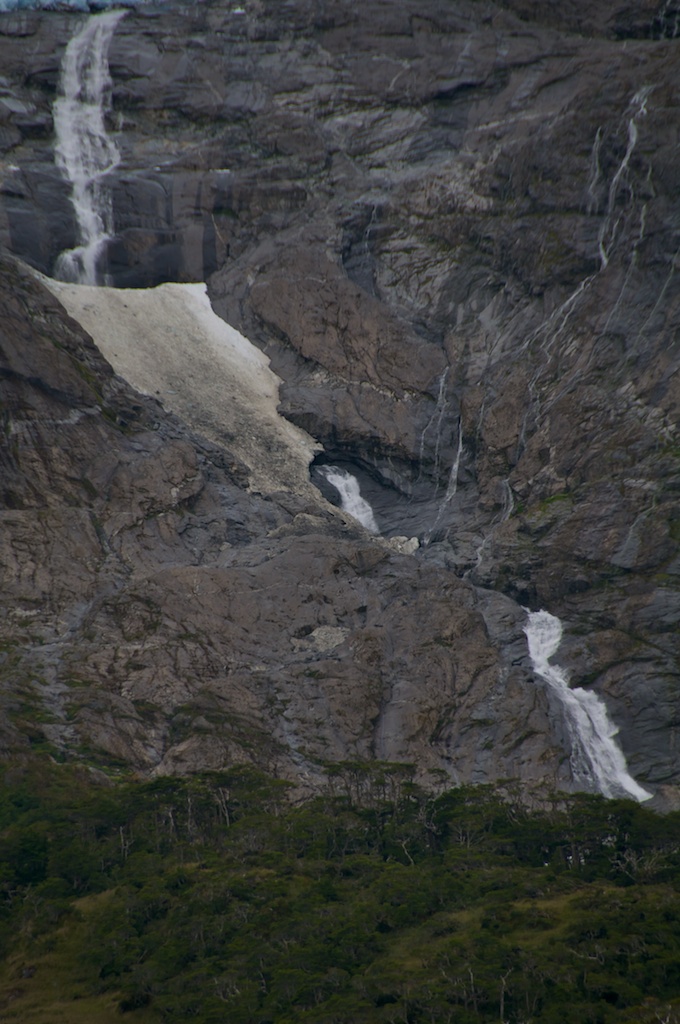 Eventually I focused on the ice nearby... 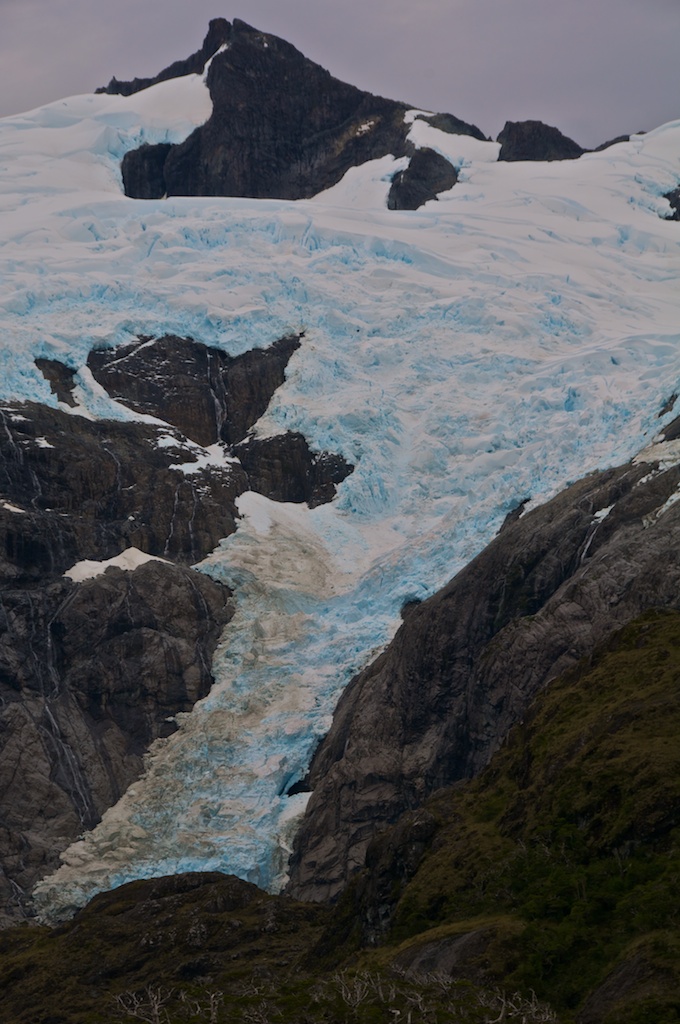 while the locals had some commentary about us. 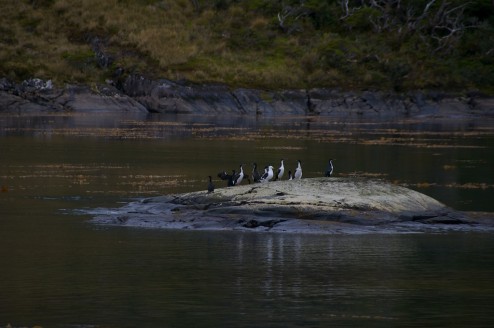 Jackie spent most of the day at the helm. 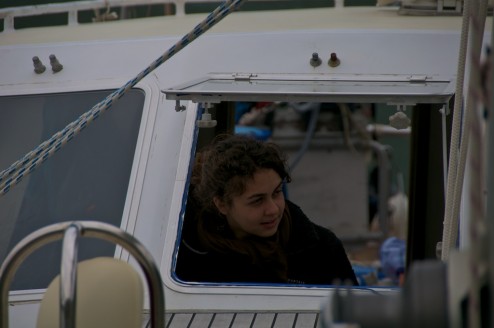 Apparently the Chilean Armada hasn't decided on which datum they use on their charts, and the companies that produce digital charts haven't reprojected those charts which can make for some interesting looking GPS tracks, though this shot isn't too bad looking. What is notable, at least on the paper charts, is how few bathemetry tracks have been collected and incorporated into the charts.  There usually is a single string of depths through a channel, and everywhere else is speculation. Pretty soon we would raise the staysail and the mizzen for a short time to steady the boat while we were exposed to swells coming in from the South Pacific, but we quickly ducked back in behind a few islands as we headed for the North arm of the Beagle Channel. 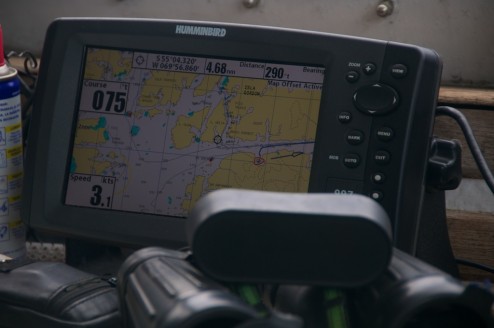 We passed quite a few more automated lights, and several Armada lookouts which we have to call into as we pass. 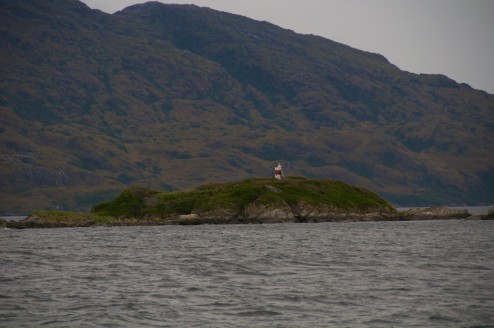 We eventually turned into Bahia Pia and got a glimpse of the Cordillera Darwin. 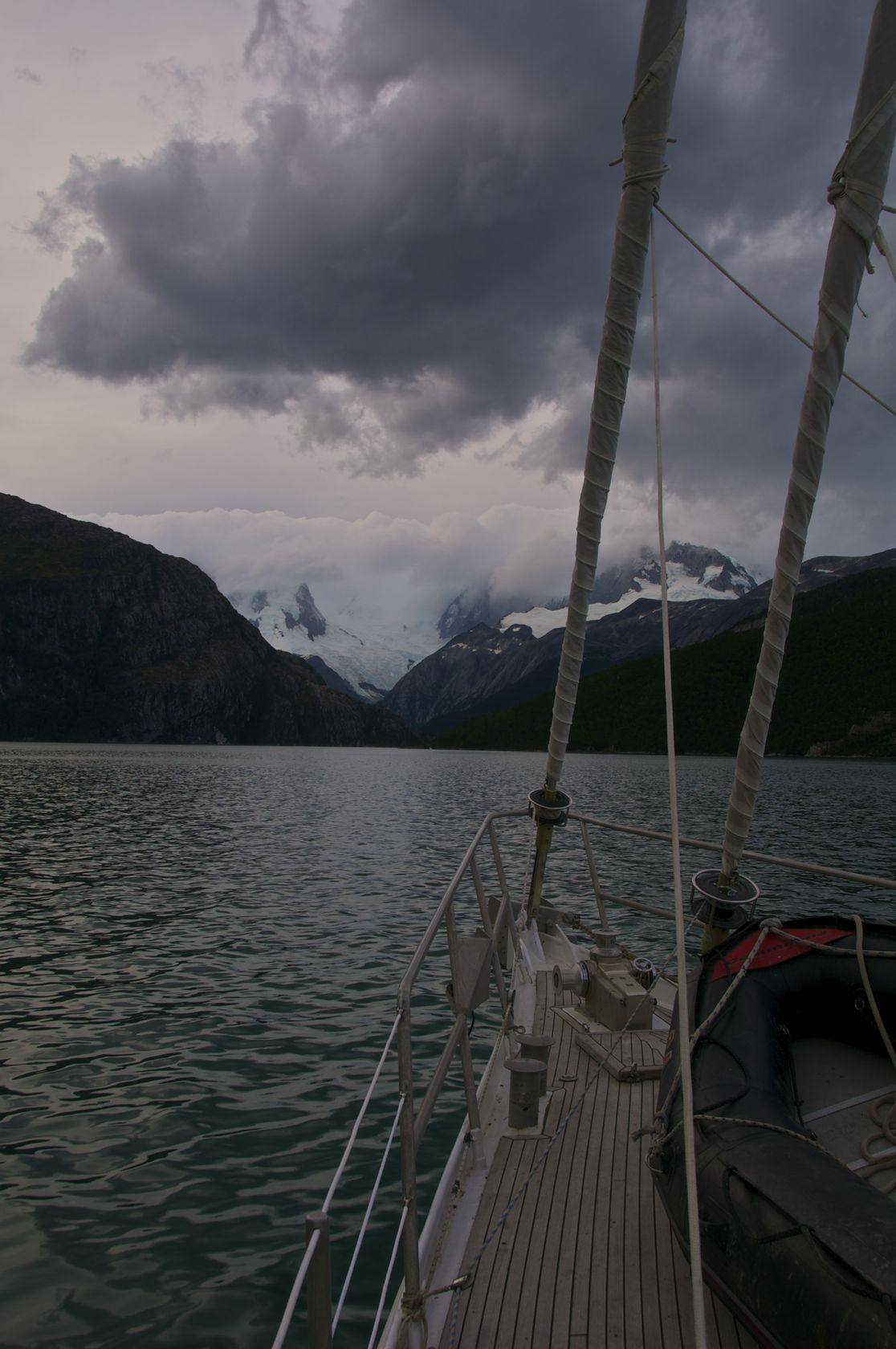 As we wound our way up the fjord, and the rocks around us were wound themselves. 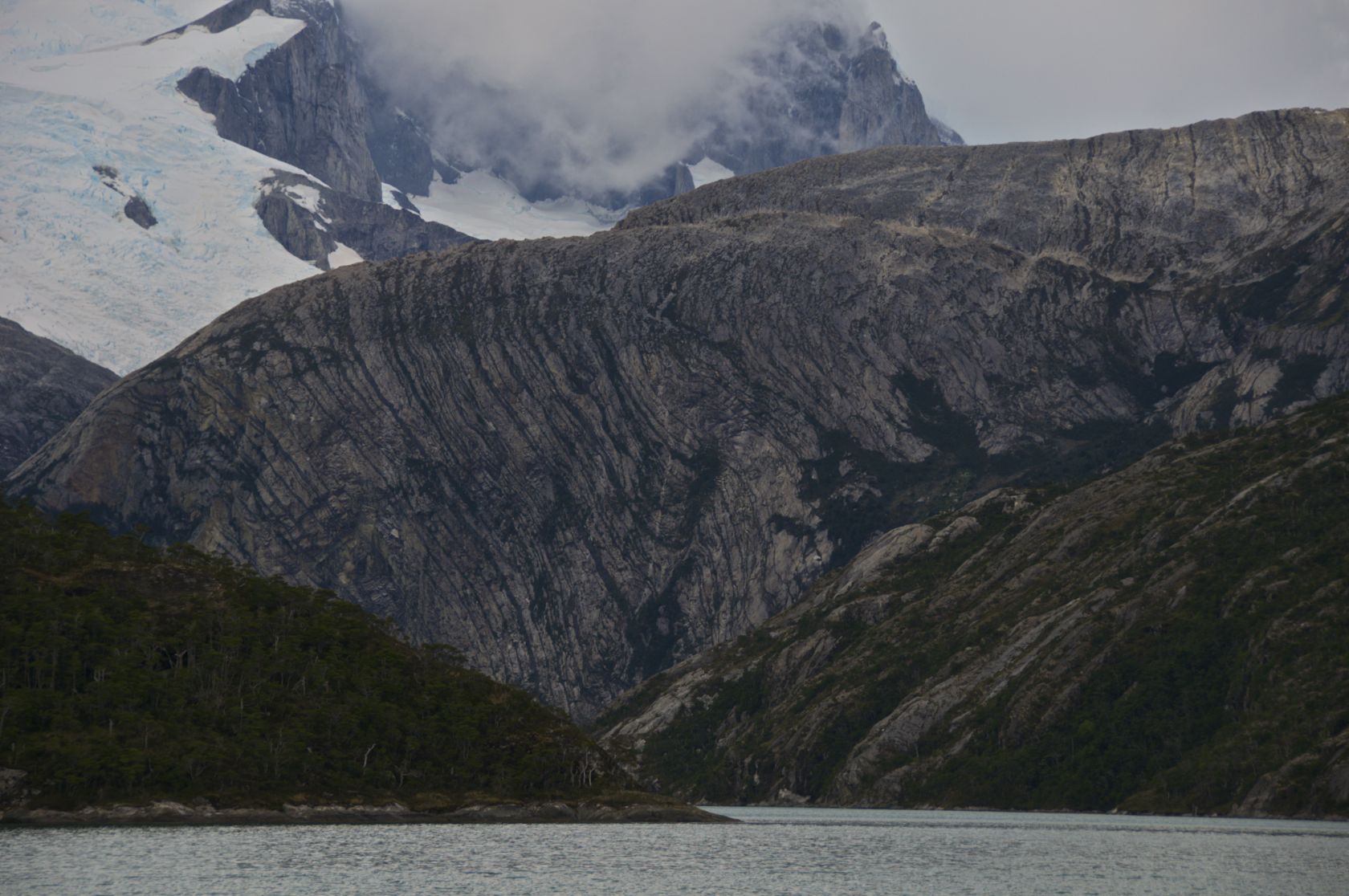 Eventually after launching the smaller working Zodiac in high winds we anchored in another nice spot.